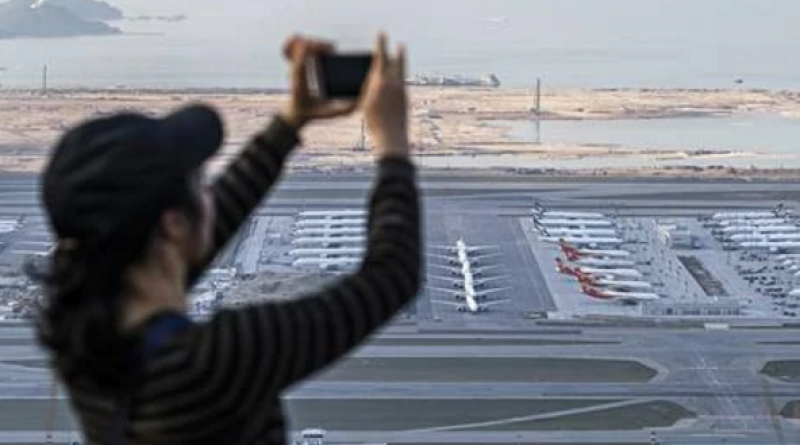 The quickly spreading coronavirus has closed schools, constricted travel, shaken markets and infected more than 100,000 people. It is also already having impact on the environment: The buildup of climate-warming emissions has dipped amid the outbreak.

The spread of a novel coronavirus around the world is nothing to celebrate. But it's true that dampened demand for electricity, oil and air travel in China has led to a drop in greenhouse gas emissions in that country, the world's largest contributor to climate change. And as the virus spreads, it may further weigh on economic activity in other nations and decrease their emissions.

These three charts explain what has happened to emissions during the outbreak — and where we may be going:

1. The economy in China, the world's largest emitter, has contracted. And that downturn may be best seen by looking up. More than a dozen airlines have scaled back service in China, where the outbreak began late last year. From Jan. 23 to Feb. 13, the number of daily departures and arrivals fell from 15,072 to just 2,004, according to the New York Times:

The air travel industry is just one of many affected by the virus. “If there is a bright side to the coronavirus,” Elizabeth Economy, a China expert at the Council on Foreign Relations, told The Post, “it is that the drop in industrial production, manufacturing, and automobile use will produce a noticeable drop in CO2 emissions for at least the first two months of the year.”

2. So now there is less air pollution in China. As my colleagues Chris Mooney, Brady Dennis and John Muyskens report, carbon emissions in China are down at least a quarter over February. So, too, has small-particle air pollution decreased. And most dramatically of all, concentrations of another pollutant released by burning fossil fuels called nitrogen dioxide — pictured below —  are down also about 40 percent. 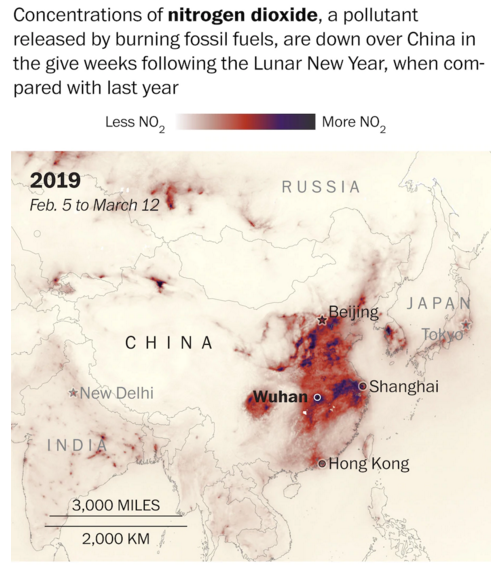 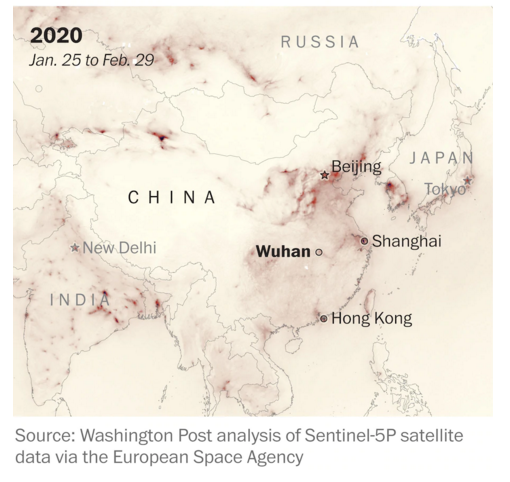 3. But don't expect it to last. Past crises — including the Great Depression, the oil shortages in the 1970s and, yes, an influenza pandemic in 1918 — have spurred drops in emissions before. But those declines proved to be fleeting. After the global economy regained its footing following the last dip during 2008 financial crash, for example, “[e]missions started to rise again almost immediately,” Mooney, Dennis and Muyskens write. 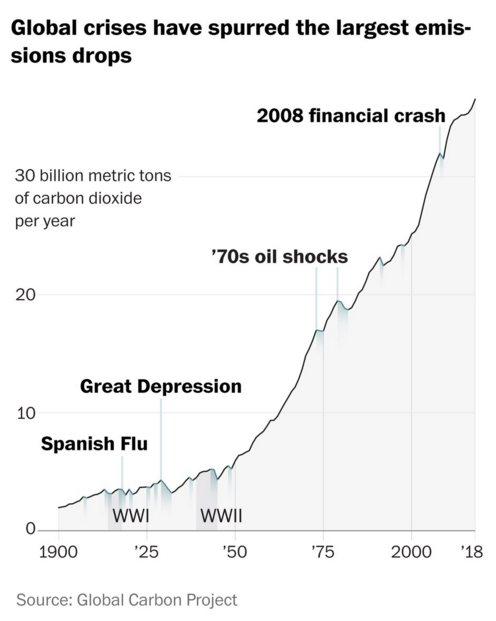