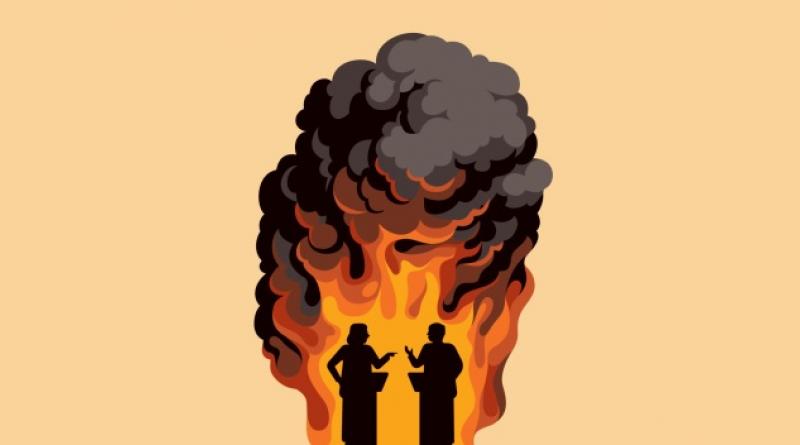 How will the world cope as more extreme weather becomes the norm?

I live in France, where last Friday was the hottest day ever recorded. In Gallargues-le-Montueux in the south, the temperature hit 45.9C. In Paris, where it was only 37C, people around me with asthma and eye allergies suffered terribly. My doctor told me the heat was aggravating his older patients’ cardiovascular problems.

But, he added, it was dangerous for them to come and see him because his waiting room was boiling. He plans to install air-conditioning. That will worsen the climate further.

Days like this offer a glimpse of the future. Heatwaves will be twice as common by 2050, predicts the French weather agency Météo-France. It’s becoming clear that the world won’t act in time to cut emissions. Dangerous climate change will happen. Then we’ll need a new political class that makes climate its top priority.

All evidence suggests that global temperatures will rise by at least 1.5C to 2C — the limits targeted by the Paris climate accords. “Limiting global warming to 1.5C would require rapid, far-reaching and unprecedented changes in all aspects of society,” said the Intergovernmental Panel on Climate Change last year. Those changes aren’t happening.

The record year for carbon emissions was 2018. It’s true that the use of wind and solar energy rose by double digits that year, but renewables are still just 13 per cent of global energy consumption. Their share will increase, but fossil-fuel burning will increase too, as the world’s population grows, gets richer and consumes more energy.

No major carbon-emitting economy except India is doing enough to keep the rise in temperatures below 2C, says the Climate Action Tracker, a research group backed by environmentalists and the German government. Politicians and voters remain distracted by culture wars: two public pools in Grenoble shut mid-heatwave after a row over swimmers wearing Islamic burkinis.

Blaming inaction on climate deniers such as Donald Trump is a comforting way for liberals to absolve ourselves. However, new leaders such as Elizabeth Warren — for whom green is an add-on ideology — won’t save the planet either. It’s cheering that some Democratic presidential candidates want to make the US carbon-neutral by 2050, but even if they could get that through Congress and the Supreme Court, the commitment risks being downgraded when the next recession or terrorist attack hits. Anyway, proclaiming your country carbon-neutral is easy if you outsource your emissions. When the US imports a ton of cement from China, will it account for the 1.25 tons of CO2 emitted during production?

The harsh fact is that going carbon-neutral would be more painful than most greens admit, says Ross Douglas, founder of Autonomy, an urban-mobility conference in Paris. Many politicians are now promising “green growth”. Maybe one day we will indeed enjoy renewable-powered overconsumption. However, for the next two decades at least, until greener technologies arrive, cutting emissions will hurt. The US could go carbon-neutral fast if it rationed clothing, turned beef and flying into once-a-year luxuries, set a serious carbon tax, and banned fracking, coal mining and the Ford F-Series pick-up, the country’s bestselling vehicle for 42 years. But nobody gets elected president on a platform of economic decline. And given the lag time of carbon emissions, these measures would only ameliorate the climate some time next century.

Anyway, all this would be an almost pointless national sacrifice unless other countries followed suit. It takes global collective action to limit climate change. Conservatives enjoy mocking greens who own frequent-flyer cards, but there’s no point going carbon-neutral if everyone else carries on merrily while Brazil razes the Amazon rainforest.

Once temperatures rise, the problems of a hotter daily life will dominate politics: less water, more illness, lower productivity, unlivable regions and, in Europe, a permanent cordon of ships in the Mediterranean to stop climate refugees from the Middle East and Africa.

All other political issues, from healthcare to housing, will become secondary. The role model for leaders will be Churchill in the second world war: nothing matters except victory in the existential struggle.

Before long, political debate will revolve around which huge engineering projects to finance. Should one country, or a coalition of countries, unilaterally build a giant sunshade in the stratosphere to cool things down? Should we try to refreeze the poles? What forms of carbon-capture show most promise? Where should we build dykes and desalination plants? Which coastal cities to abandon?

Communications experts such as Trump or Boris Johnson obviously cannot handle these issues but nor can politicians like Warren whose lifetime’s focus has been inequality and corruption. Instead the world needs a new political class obsessed with climate and engineering. That will require quite a turnround: even China’s ruling class no longer consists of engineers. Of the seven members of the Chinese politburo standing committee, only President Xi Jinping got an engineering degree (before studying Marxist theory, ideological education and law).