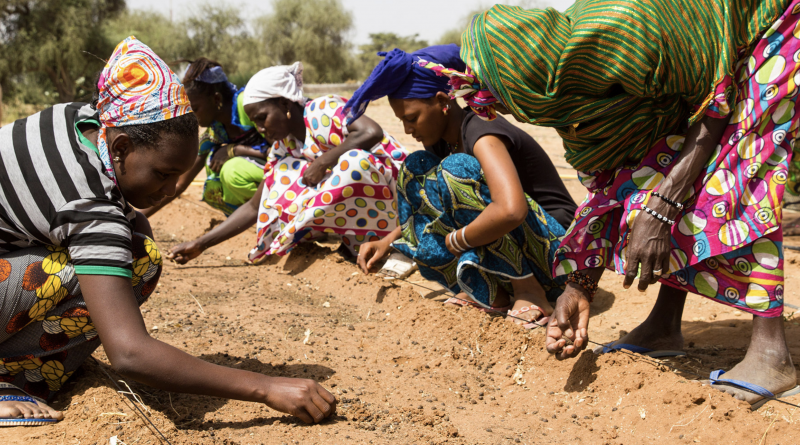 An ambitious, African-led movement to plant a 5,000-mile forest wall to fight the climate crisis has received a commitment of support from one of the world’s most prolific tree-planters, The Independent can share exclusively.

At the United Nation’s One Planet Summit in Paris earlier this month, French president Emmanuel Macron announced a $14bn investment for Africa’s “Great Green Wall” (GGW) over the next four years. The goal is to harness the power of nature to re-green the semi-arid Sahel region and halt the increasing spread of desert.

Nonprofit Ecosia, a search engine which ploughs ad revenues into global tree-planting, is now offering to plant 1 billion trees in the region to extend the wall, along with deploying its tech know-how to map and monitor the health of the forest with satellite imagery and geo-tagging.

By the time it’s finished, the GGW will be a roughly nine-mile-wide belt of forest from Senegal on the Atlantic in the west, snaking south of the Sahara Desert, to Djibouti’s Red Sea coastline in the east. The eventual goal is for it to become the largest living structure on Earth, three times the size of the Great Barrier Reef.

The $14bn accelerator fund comes from donors including France and the World Bank. To complete the wall by 2030, it’s estimated that an additional $19bn will be needed.

Since the project began in 2007 at least 11 countries have come on board, collaborating with international partners such as the UN, EU, the World Bank and Kew Gardens.

Pieter Van Midwoud, Ecosia’s chief tree planting officer, told The Independent that while the GGW had been on the drawing board for a long time, it had been hindered by “limited funding, limited capacity and instructure for the project to be scaled successfully”. 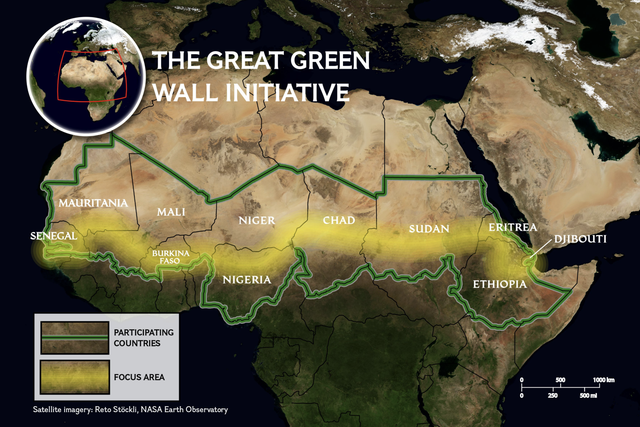 He said: “Ecosia has an extensive network of local vetted NGOs and tree-planting organisations who could actually do restoration, and [we] would put this network to work to ensure the success of the wider Great Green Wall project.

“Ecosia only works with organisations who ensure that all work is done shoulder to shoulder with local communities.”

Africa faces increasingly extreme challenges from the climate crisis. A senior UN humanitarian official last year called the Sahel region a “canary in the coal mine of our warming planet”.

The region is among the world’s most vulnerable to disasters and a hotspot of climate change, impacting nearly 65 million people and leaving 13.4 million in urgent need, according to the UN.

Historic flooding has forced millions of people to leave their homes while increasing temperatures have led to droughts and land degradation. This severely impacts rural populations, who largely live off the land, and can exacerbate conflicts.

“People in the Central Sahel are facing a catastrophe,” a UN report last year stated. “Without humanitarian aid there will be more death, displacement and suffering. Life-saving aid, however, is not enough on its own and needs to be accompanied by longer-term interventions focused on reducing needs.”

The aim of the GGW is that tree roots will bind and restore the soil, retaining moisture to make it more hospitable for farming and agriculture, providing resources, livelihoods and reasons to stay for the communities which live along it.

Forests are one of the most crucial natural resources for fighting the climate crisis. The GGW could potentially absorb billions of tonnes of carbon dioxide, the greenhouse gas heating the planet, and help mitigate climate change. Additionally an Africa-wide forest belt will help restore biodiversity loss and provide habitats for species.

Ecosia has already funded the planting of more than 117 million trees across 25 countries including Nicaragua, Haiti, Spain, Burkina Faso and Indonesia. Some 30 million of those trees have been in separate projects close to where the GGW is being planted.

Almost as important as getting seeds and saplings in the ground, according to the nonprofit, is monitoring tree growth to ensure there’s a wide enough spread of biodiversity for the forest to survive, particularly in a hostile region like the Sahel.

Christian Kroll, CEO and founder, set up Ecosia to “do something to make the world a better place”.

For several years, the nonprofit has been working with primatologist Dr Jane Goodall’s organisation to create “forest corridors” in Uganda.

In 2018 Ecosia gave away its shares to the Purpose Foundation, meaning it can never be sold and no one, not even the founder, can profit or receive dividends from the company.

Mr Kroll told The Independent: “After setting up a website at university that compared different online brokers, I realised the sheer scale and influence that companies like Google had through search engines. I wanted to create something similar, that used the revenues generated to fund tree planting and help transform the world through the power of the internet.”

Ecosia: Could a search engine that plants trees really help save the Amazon?

One, two, tree: how AI helped find millions of trees in the Sahara.