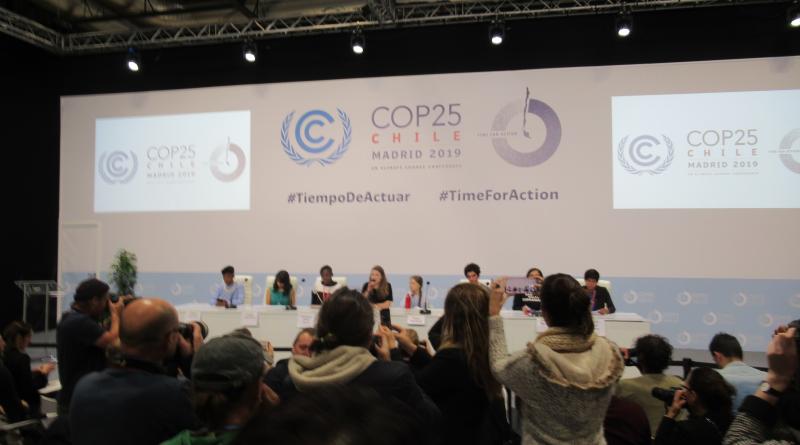 There was only one thing alive at COP25 and that was the young climate activists.

But the youth movement is becoming more powerful as we speak.

And the best proof that it is becoming powerful is the fact that its being attacked.

The people who have destroyed the climate the oceans, the land, the forests, the species, the air we breathe have the affront to point their dirty finger at any of the young activists.

That Greta is the subject of so many venomous attacks it’s a measure of the dent she has made on the established order of climate talks.

The climate talks has become a ritual.

We attend each year, pay homage to the need for climate action and then kick the climate can down the road to the next COP, without any real progress, because the known culprits would refuse this or that and stall the talks.

This has got to stop.

And the young climate activists will put an end to it.

Last year there was Greta.

This year there are thousand Gretas

Next year there will be millions.

Unstoppable fighting for their future, their life.

They have to win.

PS See excerpts from the press conference. I know their quality leaves a lot to be desired but it was sheer madness in the room.

i ask your forgiveness and understanding.