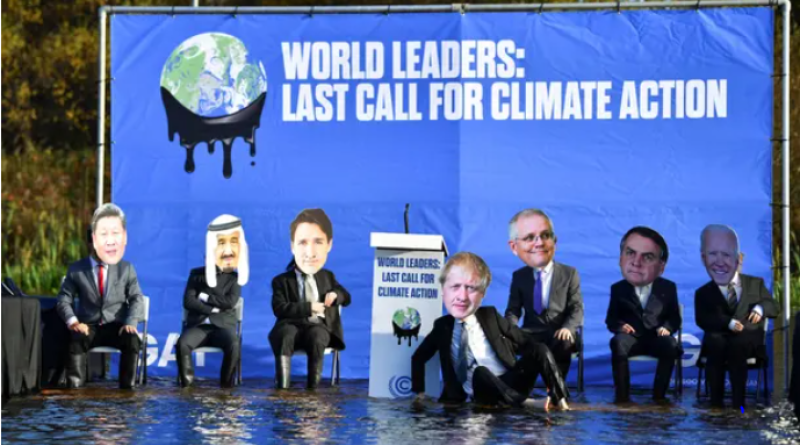 The policies currently in place to tackle the climate crisis around the world will lead to “catastrophic” climate breakdown, as governments have failed to take the actions needed to fulfil their promises, three former UN climate leaders have warned.

There is a stark gap between what governments have promised to do to protect the climate, and the measures and policies needed to achieve the targets. At the Cop26 summit last November, countries agreed to bring forward plans to limit global heating to 1.5C above pre-industrial levels – the limit of safety, according to scientists. They have so far submitted pledges that would limit temperatures to under 2C.

But the policies and measures passed and implemented by governments would lead to far greater temperature rises, of at least 2.7C, well beyond the threshold of relative safety, and potentially as much as 3.6C. That would have “catastrophic” impacts, in the form of extreme weather, sea-level rises and irreversible changes to the global climate.

The three living former directors of the UN Framework Convention on Climate Change have written together in Wednesday’s Guardian – the first time they have written jointly in a newspaper – of the disastrous consequences of failing to match national pledges on the climate with concrete actions and policies to follow them through.

They write: “In the 2015 Paris agreement, all governments agreed to ‘pursue efforts’ to limit global warming to 1.5C (2.7F). We are entitled now to ask where their efforts have reached, where they are heading and how genuine they are. Science shows action this decade to reduce all greenhouse gases is critical.”

They point to the findings of the Intergovernmental Panel on Climate Change, published earlier this year, described as an “atlas of suffering” that showed the widespread devastation likely to ensue if we fail to tackle greenhouse gas emissions urgently.

“The myriad reports of extreme weather we have witnessed in 2022 suggest there is no time to waste,” they write. “The further climate change progresses, the more we lock in a future featuring more ruined harvests, and more food insecurity, along with a host of other problems including rises in sea level, threats to water security, drought and desertification. Governments must act against climate change while also dealing with other pressing crises.”

Actions by developed countries have so far been “disappointing”, in their failure to reduce emissions fast enough, and in not making finance available to poorer countries to help them cope with the impacts of climate breakdown, they add.

The former UN top officials – Michael Zammit Cutajar, Yvo de Boer and Christiana Figueres – each successively held the post of executive secretary of the UN Framework Convention on Climate Change, parent treaty to the Paris agreement, which was signed 30 years ago this week at the landmark Rio Earth Summit.

This month also marks the 50th anniversary of the Stockholm conference, when representatives from around the world first resolved that the global state of the environment was a cause for concern, and concerted international action was needed to solve problems such as pollution, species loss, land degradation and resource depletion.

The anniversary should prompt governments to renew their resolve, despite “frosty” geopolitics, before it is too late, the UN ex-officials write. “Rapidly changing economics mean that a climate-safe future is also a more prosperous one. The public’s will – especially among young people – to see climate change constrained is clear. As we recall the Stockholm conference, we need national leaders to recall what it demonstrated about the potential of cooperative action even in disturbed times. We need to see leaders delivering on their climate change promises, in the interests of people, prosperity and the planet.”

As governments grapple with high energy prices, and rising food prices, the former UN climate heads argue for a swift move to clean energy, which is now economically competitive with fossil fuels. “Unless one is invested in fossil fuels, there is now no reason not to take the clean energy path. Many corporate actors understand the need for early action on this front. But governments still need to incentivise the transition,” they write.

Dr. Avgerinopoulou, Chairperson of Environment Committee of the Hellenic Parliament, at Stockholm+50

For 50 years, governments have failed to act on climate change. No more excuses