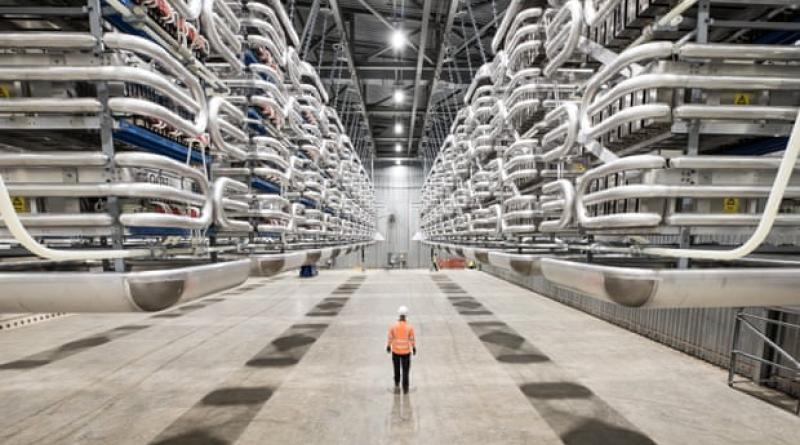 Electricity cable stretches 149 miles on seafloor between UK and France.

The delayed power cable, which is the second interconnector linking the UK to France, will stretch 149 miles along the seafloor between Hampshire in the UK and Normandy in France.

The interconnector, known as IFA2, is expected to meet about 1.2% of Britain’s electricity demand and help to reduce the use of fossil fuels by importing electricity generated by France’s nuclear power plants. 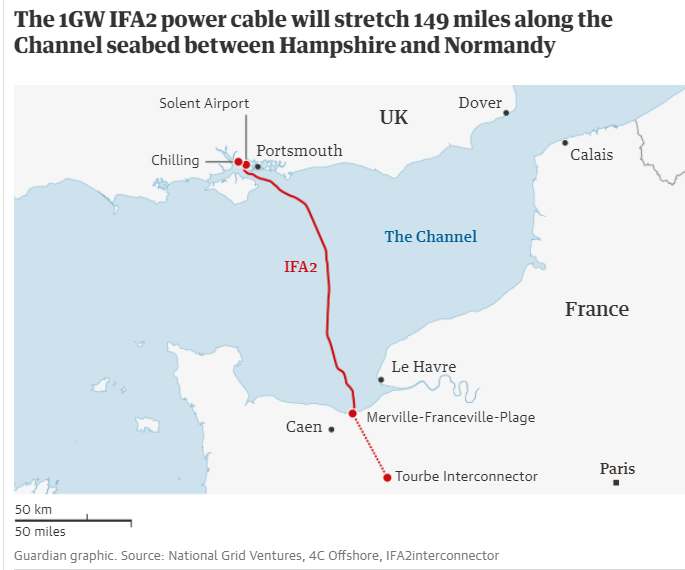 The power imports could help to avoid 1.2m tonnes of CO2 from entering the atmosphere in the first year of the interconnector’s operation.

In return, the UK will be able to sell any extra clean electricity from its growing fleet of offshore wind turbines, which is expected to quadruple in the next 10 years.

The power cable was initially expected to begin importing and exporting 1GW of electricity in the third quarter of last year, before the UK’s peak electricity demand months in the winter, but the project has had several delays.

In a recent update, the developers – a division of National Grid and the French electricity system operator RTE – promised it would be ready by the end of January, 30 years after their first IFA cable project linked the UK and French electricity markets.

Jon Butterworth, the managing director of National Grid Ventures, described IFA2 as “the latest feat of world-class engineering helping to transform and decarbonise the electricity systems of Britain and its European neighbours”.

He said: “Together we are now able to help deliver cleaner, more secure, and more affordable energy to consumers at both ends of the cable. Our first interconnector together, IFA, has been successfully operating for more than 30 years. We look forward to working together with RTE over the next 30 years, to support the delivery of net zero targets to fight climate change across the UK and Europe.”