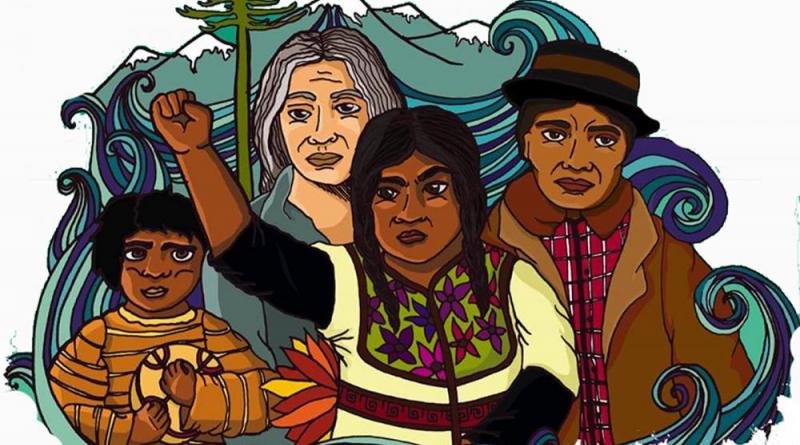 A declaration on climate crisis, energy transition and extractivism in Latin America.

Social movements were organising their opposition to COP25 - in which those most affected by climate violence would be sidelined - even before the popular mobilisation started in Chile and Sebastián Piñera suspended the talks.

A gathering in Chile in September brought together frontline defenders to discuss the climate crisis, a just energy transition from the mining extractivist model that is killing Chileans and people all over the global South.

Now, following the brutal repression of the uprising and Piñera’s attempts to avoid scrutiny, their analysis is more important than ever.

In the declaration that follows, Latin American climate justice movements and their allies state their opposition to the neoliberal extractivist model, and propose a justice-oriented approach to solving the climate crisis that will not sacrifice the peoples of the global South.

The 'Regional Gathering: Climate crisis, energy transition and mining extractivism in Latin America' was held from September 26 to 28 in Santiago, Chile.

Faced with the undeniable climate crisis and the false solutions proposed by multilateral spaces that have been co-opted by the transnational business sector and supported by governments, the meeting was organised by the Latin American Observatory of Environmental Conflicts (OLCA), the Observatory of Mining Conflicts of Latin America (OCMAL) together with War on Want and Mining Watch Canada.

That national and transnational companies and governments, mainly of the industrialised North, are those truly responsible for environmental breakdown due to their extractive activities in search of capitalist accumulation and the promotion of consumerism.

That the current discourse around the climate crisis places the blame on individual responsibility, thereby distracting the attention from those most responsible.

That the peoples, communities and organisations that resist these extractive activities – in defence of life, water and territories – are stigmatised, repressed, criminalised and murdered.

That companies and extractivist governments are the ones who commit true criminal acts against all forms of life, violating Human Rights and the Rights of Nature.

That mining extractivism in all its phases causes ecocide and ethnocide in the different territories where it operates.

That hidden behind the discourse of the 'energy transition' is a program of economic growth for the Global North which threatens to exponentially increase sacrifice zones under the auspices of guaranteeing the supply of minerals for so-called 'green' technologies. This will come at the cost of the exploitation of our territories and communities, all while intensifying the ecological crisis.

That the recent panic surrounding the climate crisis in the Global North can only ever be understood in the context of the struggles present in our urban and rural communities of the Global South, who have been resisting the intersecting social and ecological crises since the inception of colonialism. This panic cannot impose false solutions or reproduce extractivism.

That the climate crisis, as part of an ecological crisis, is a condition of the capitalist world development model.

Any attempt by mining companies to benefit from the climate crisis using deceptive initiatives such as: “inclusive tailings”, and the ‘adoption’ of environmental liabilities, Responsible Mining, Green Mining, Sustainable Mining, Ecological Mining, Clean Mining, Climate Smart Mining, Future Smart Mining, offsetting mechanisms for social and environmental damages, Green Economy and any other concept that seeks to wash its image or perpetuate impunity.

The actions of governments and corporations that dismember, divide, privatise, auction-off  and commercialise nature and our territories to turn them into resources, merchandise or environmental services.

Visions of a transition which reproduce extractivist capitalism, including those focused on the nationalisation of minerals and oil and do not guarantee structural changes.

Any appropriation of local knowledge, expertise and wisdom by mining companies and governments to encourage extractive activities.

That extractivist companies, in addition to exploiting the environment, also engage in widespread corruption, eliminating trust in public institutions and the functioning of the judicial system.

That to date, the COPs have failed to provide real solutions to address climate injustice and inequality caused by predatory extractivism. Instead they have, under the pressure of Northern countries, made decisions in the interests of the economic model which is responsible for the ecological and climate crisis.

That the strength to face this crisis lies with young people, women, communities and organisations, movements and territories.

That our anti-capitalist struggle is also a decolonial, anti-patriarchal and anti-racist struggle.

That the true knowledge-keepers of territories are those who have historically inhabited them.

That nature is a subject of rights and recognition of this is a global necessity.

The self-determination of peoples to resist and say "no" to the invasion of mining companies in their territories.

So that ecological justice emerges from the territories where the processes to protect life, water, ecosystems and Mother Earth are increasingly threatened and impacted by predatory extractivist capitalism.

To strengthen and respect the autonomy of communities and their organisations to define solutions in the framework of justice and equity based on nature, the planet and humanity.

For the respect of the Indigenous peoples, peasants and other communities, who are the guardians of their territories.

To cease the auctioning of mining and oil concessions in our territories.

Alongside frontline resistance to mega-mining and processes which seek mining-bans.

To ensure that mining companies which have benefited from the looting of nature are fully liable for mine-closure processes, and that integral repair of the territory arises from collective and participatory processes led by affected communities.

So that environmental catastrophes, pollution, murders and any other violation in territories affected by mining companies are recognised for what they are: crimes. It is urgent to develop binding policies and mechanisms to confront the generalised impunity enjoyed by companies, their owners, their executives and their financial centres.

To strengthen organisations and movements that fight in defence of the territories.

To develop regional solidarity and agreements to ensure food, energy and economic sovereignty.

To defend water in all its states as a source of life.

To sow, celebrate and strengthen territories free of mining.