Conservatives blame the energy crisis on net zero climate goals – but what is really going on? 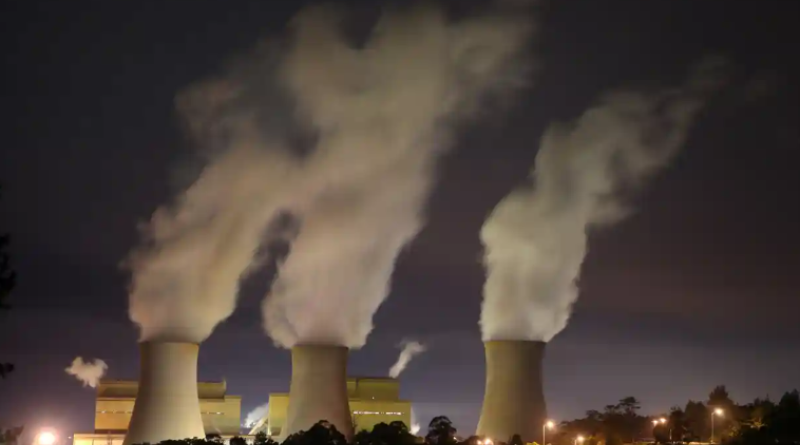 A range of factors is behind the rise in electricity prices, but net zero isn’t one of them. Energy markets and electricity systems are complicated beasts at the best of times, but throw in war, extreme weather, policy dysfunction and a pandemic and the picture gets even murkier. However, some of Australia’s conservative commentators seem to think there is one thing to blame for the country’s rising electricity prices and the threat of power outages: it’s all the fault of “net zero”.

On Sky News, commentators warned of an “apocalypse” if the Albanese government pushed for net zero. “Families to pay double for electricity thanks to Net Zero,” said a headline in the Daily Telegraph last month, with a similar take in the Daily Mail.

Both of the newspaper stories were based on analysis from rightwing thinktank the Institute of Public Affairs (IPA). The analysis, which predicted family electricity bills would double by 2030, was based on an unrealistic assumption that six coal plants would close in Australia by 2030 but nothing else would come on line to replace them. This week the IPA has been on the front foot again, claiming the “energy crisis” was a direct result of policies to get to net zero.

Bolt’s decision to choose the analogy of lemmings is perhaps fitting, given this suicidal tendency is a myth.

There’s no argument that electricity prices are going up, but does net zero have anything at all to do with it? The short and maybe even the long answer is no.

Because Australia’s gas and coal prices are linked to international markets and also influenced by rising oil prices, that has translated to increased costs.

According to the latest bulletin on energy from the office of the chief economist, extreme weather, a global pandemic and Russia’s invasion of Ukraine pushed the cost of thermal coal to an average of US$280 ($413) a tonne for this year.

For much of the past decade, prices have been well below $100 a tonne. It’s a similar story for the cost of liquefied natural gas, and oil prices also hit record highs in March. Net zero doesn’t get a mention.

At the same time, some units at coal power plants in Australia have closed for maintenance or because of breakdowns, and this has also pushed prices up. Flooding around Australian coal mines has also created a fuel supply shortage.

Brear says: “I don’t see renewable energy anywhere in that sequence of events playing a significant role in these high domestic energy prices.”

While there has been a lot of talk about reaching net zero, Brear says there is still no legislated mandate.

“How can we blame this [price crisis] on something that doesn’t yet exist? Many of us want to get to net zero by mid-century, but until it’s being driven in that direction by some mandate, I can’t see how one can blame anything on it.”

Well before the current record fossil fuel prices and market volatility, Brear says, there was wide agreement that renewables were the least-cost option for decarbonisation.

“If anything, over the last few months as fossil fuels have become more expensive, that case for decarbonisation primarily via renewables can only be enhanced.”

When Anthony Albanese became prime minister in May, he promised to “end the climate wars” that have plagued Australia and brought turbulence to its energy policy for decades.

Those climate wars were stoked and fed by partisan politics and the kind of unjustified scare stories that decarbonising would lead to economic disaster or the apocryphal $100 roasts.

Like a self-fulfilling prophecy, what role has all that policy dysfunction had on the state of the country’s electricity market?

Brear adds: “I think it’s reasonable to assume that if we had successive commonwealth and state governments all happy to work together to achieve secure, reliable and affordable power that decarbonised our economy, then we would have been better placed than we are today.”

Alison Reeve, a climate change and energy expert at the Grattan Institute, says that even if there were legislated commitments in place to bring Australia’s emissions down to net zero by 2050, “it wouldn’t have mattered because it doesn’t change the economic recovery after Covid, or Russia’s war in Ukraine, or the fact our coal-fired power stations are old”.

“If you’d had a clear decarbonisation signal in the electricity market, it would be easier for [generators and investors] to make decisions about maintenance. They would have a clear sense of when their exit date would be.

“But we could have had the clearest, rolled-gold energy policy and that would not have stopped Russia invading Ukraine and our prices would still be linked to oil and gas.”

The invasion of Ukraine saw economies that had been major buyers of Russian fuels look elsewhere, again pushing up demand and prices.

But Reeve identifies another issue in Australia. She says that as coal units went offline, those that were still running had to go harder for longer, burning through more coal than anticipated.

As this coal was priced under contract, when it ran out generators had to go into the market to buy more coal where the spot prices were higher.

Reeve returned from Brussels last month after meeting energy experts and policy makers as a guest of the European parliament. Europe is also going through an energy crunch, and the UK has also seen electricity price rises, due mainly to the spiralling costs of gas.

Reeve says European countries, including Germany, “have some short-term policy responses like filling gas storages and restarting some coal plants” to get them through the coming winter.

Steps like this in Germany have been highlighted by some pro-coal figures to argue Australia should be embracing more coal, not less.

But Reeve says those are short-term responses to cover immediate supply issues and don’t reflect the longer term.

“Everything else they are doing is going faster on decarbonisation because that reduces their dependence on Russia for gas,” she says.

To make the point, Germany’s finance minister Christian Lindner, of the centre-right Free Democratic Party, has taken to calling renewables “the energy of freedom”.

Solaria resurfaces on the stock market thanks to the energy crisis