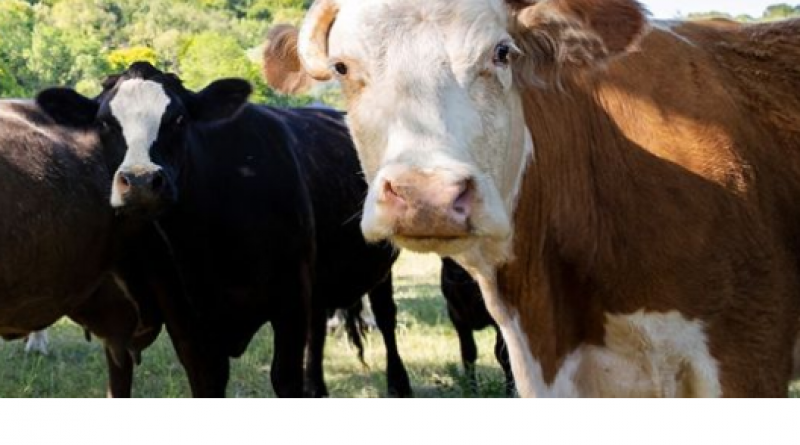 A new study by the Met Office gives examples of how two of the UK’s most important farming sectors are likely to be impacted by climate change.

The study – published in Climate Risk Management – examines the effect of climate change on the dairy and potato farming sectors over the next thirty to fifty years.

The research found that heat stress in dairy cattle is projected to increase significantly in key dairy regions of the UK, particularly South Western England. The study also covered the climate change impacts on the potato sector due to late blight, a disease affecting potato crops which occurs in warm, humid weather.

Dr Freya Garry is the author of the study. She said: “Projections show potential for major climate change impacts on UK farming. Our study found that future dairy cattle in parts of the South East may be exposed to heat stress for an extra two months per year. At the moment, cattle in the South East experience around a week per year of these stressful conditions.”

The UK region with the largest herd of dairy cattle is the South West, where there are around 750,000 dairy cattle (according to the latest figures from Defra). The study shows that heat stress conditions are met around two-to-three days per year, but in the period 2051-2070, this could extend to around one month per year on average.

The study is based on a climate projection known as RCP 8.5: a high emissions future. The pathway is credible as mitigation efforts to achieve the more drastic greenhouse gas emissions representative of other pathways can’t be guaranteed. Dr Garry added: “Given the potentially serious consequences for UK farming, we felt it was appropriate to work with a high impact scenario. Even under lower emission pathways, we know that our climate will continue to change so even if the impacts are smaller than identified in this study, our study provides useful information for adaptation planning.”

On average the East of England and the South East England regions are likely to see the greatest number of days per year where cattle experience heat stress – around a month and a half on average across the region. Locally some areas in these regions, such as near London, will experience more days, whilst some areas will experience fewer. Other regions of the UK which are likely to see prolonged periods of heat stress in dairy cattle are the West Midlands and the East Midlands, which may both see increases of heat stress conditions of around a month per year on average in the future climate using these projections. 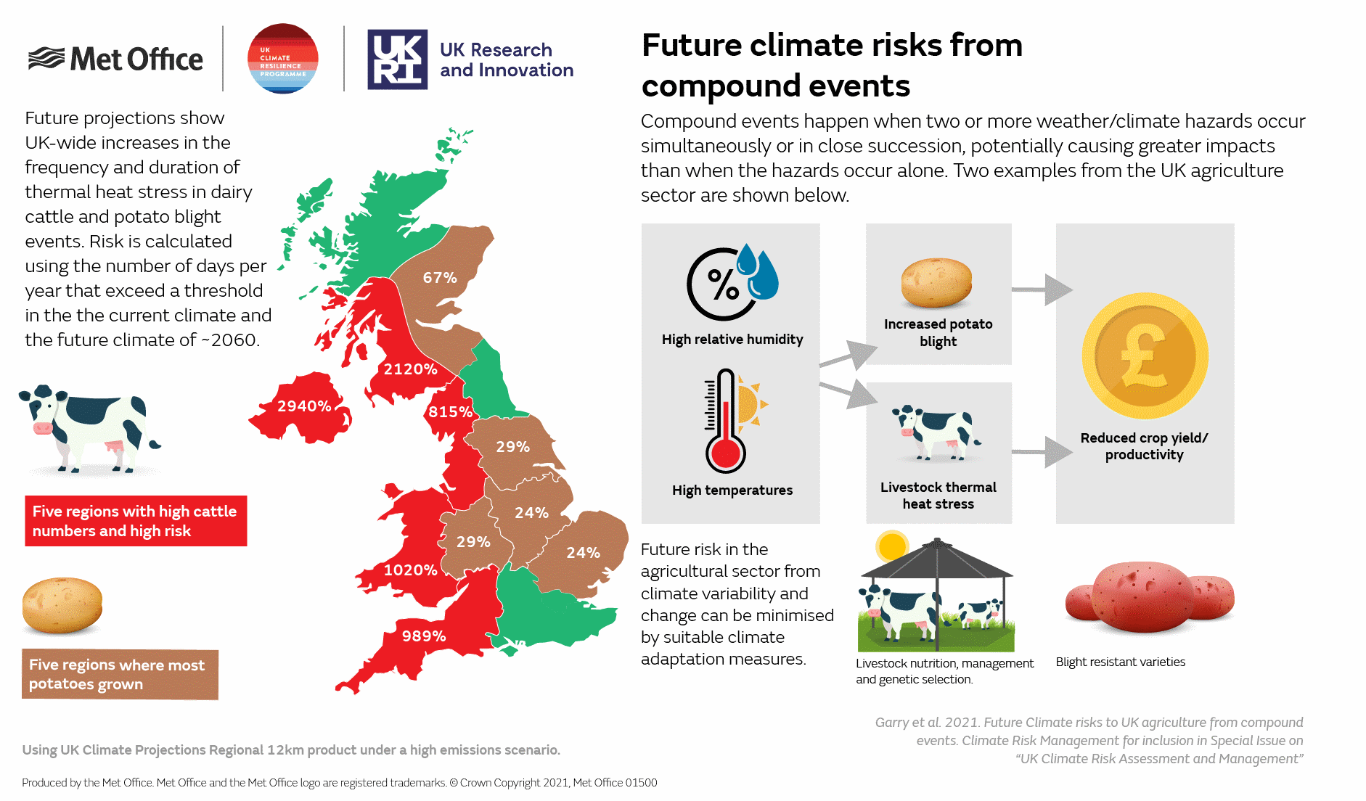 In the future climate of 30-50 years’ time, late blight (a disease affecting potato crops which occurs in warm, humid weather) is likely to occur more often across the UK, with the greatest increases in western and northern regions. In east Scotland, a region which currently has a high concentration of potato farming, potato blight may occur around 70 % more often. Most potatoes are grown in the east of the UK, where potato blight occurs less often, and so there are likely to be smaller increases of 20-30 % in key regions for potato growing in England compared to today.

Both food for cattle, crops for humans, and potato growing will all be threatened by increased drought in the future, which we tend to experience when we have particularly hot dry summers, such as 2018. Last year, another group of scientists from the Met Office demonstrated that the summer temperatures of 2018 may occur every one in two years by the middle of the century. In this work, the scientists also look at how often we are likely to see both hot and dry months during summers through the twenty-first century, and how this is likely to increase.

The paper – “Future climate risk to UK agriculture from compound events”– has been published in the journal ‘Climate Risk Management’. This work was funded under the Strategic Priority Fund for UK Climate Resilience. The UK Climate Resilience programme is supported by the UKRI Strategic Priorities Fund. The programme is co-delivered by the Met Office and NERC on behalf of UKRI partners AHRC, EPSRC and ESRC.

How Carbon-Smart Farming Can Feed Us and Fight Climate Change at the Same Time.