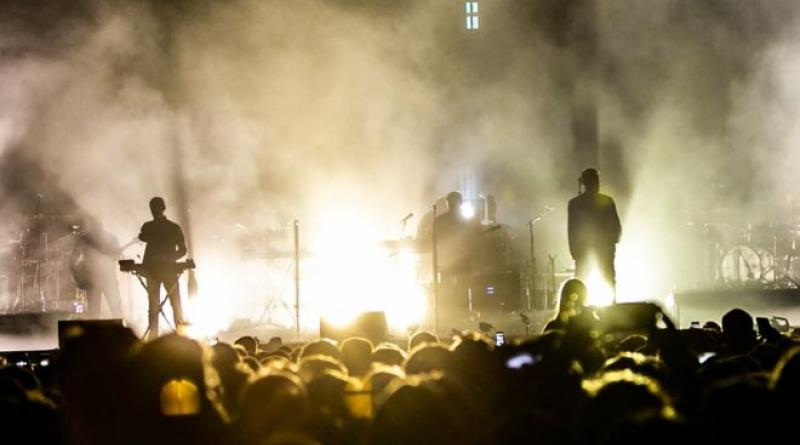 Scientists from the University of Manchester are creating a blueprint to help bands and pop stars to perform live and tour the world without contributing to climate change.

It's after the Tyndall Centre for Climate Change Research were approached by the group Massive Attack who say they want to help find solutions to the climate crisis.

The findings will be shared with musicians from across the industry and, it's hoped, will inspire millions of fans to live more sustainably.

Massive Attack have spent a lot of 2019 with the environmental campaign group Extinction Rebellion, even playing a set at one of their protests in London in April.

Robert del Naja, aka 3D, told the BBC he felt conflicted because of how his career has contributed to climate change.

"[As musicians] we have enjoyed a high carbon lifestyle. But as a society we've all existed in a fossil fuel economy for a long time and had very little choice in that.

"The challenge now is to not only make personal sacrifices, but to insist on the systemic change that's needed. Business as usual is over."

The news comes a week after Coldplay announced they would not tour with their latest album for environmental reasons.

Meanwhile, Billie Eilish is offering fans a chance to earn tickets to her next tour by fighting climate change and there'll be eco-villages at each concert where fans can learn more about the issues facing the planet.

What will the scientists be looking at?

This new research will look at all aspects of touring and how its carbon footprint can be reduced to zero, or as close to zero as possible.

It's not looking simply at balancing out emissions from concerts by planting trees for removing carbon dioxide from the air - a process known as carbon offsetting.

Instead, researchers will look at how to reduce the amount of energy used during concerts and in moving musicians, crews and sets between different venues and cities, as well as the impact audiences have.

Tyndall Manchester's Director, Prof Carly McLachlan, says they'll be looking at where switches can be made to renewable energy sources, how to reduce the amount of energy being consumed but also thinking about how touring could be different.

"It is a high carbon sector and we need to try and tackle that, because every sector has to be part of the transition to a low-carbon economy."

It's not yet known what impact, if any, changing the way tours are put on will have on ticket prices, routes or number of concerts.

Just how bad is live music for the environment?

Musicians are often criticised when they speak out about climate change and carbon because they have high carbon lifestyles.

Promoting albums and performing in cities around the world means artists and their teams fly a lot.

Then there are the carbon emissions from tour buses, from moving sets, from making merchandise, on top of the energy needed for things like lighting and sound.

Carbon footprint of a tour

Prof Carly McLachlan says music and art and culture are a "really beautiful part of what it is to be human". "If this is something we really value in our lives, we need to make sure we can do it in a way that has reduced impact."