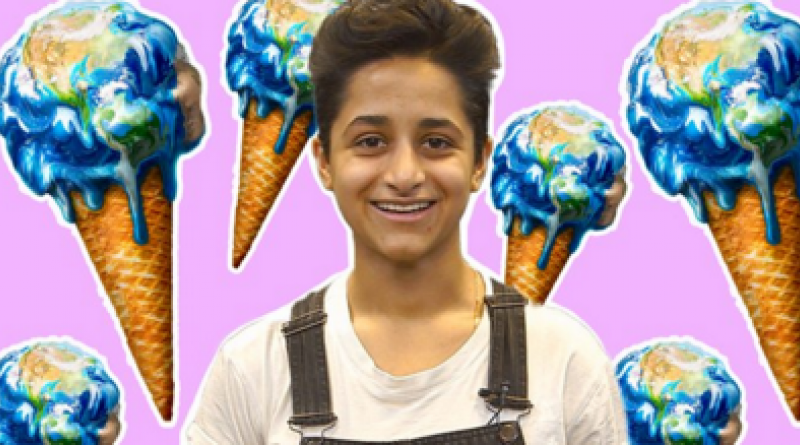 The president of an island nation on the frontline of climate change says it is in a "fight to the death" after freak waves inundated the capital.

But President Hilda Heine said the Pacific nation had been fighting rising tides even before last week's disaster.

Political leaders and climate diplomats are meeting in Madrid for two weeks of talks amid a growing sense of crisis.

This conference of the parties, or COP25, was due to be held in Chile but was cancelled by the government due to weeks of civil disturbances.

Spain then stepped in to host the event, which will see 29,000 attendees over the two weeks of talks.

The world's average surface temperature is rising rapidly because human activities release greenhouse gases such as carbon dioxide (CO2). These gasestrap heat in the atmosphere, a bit like the glass roof of a greenhouse.

At the meeting, Ms Heine commented: "Water covers much of our land at one or other point of the year as we fight rising tides. As we speak hundreds of people have evacuated their homes after large waves caused the ocean to inundate parts of our capital in Majuro last week."

She added: "It's a fight to the death for anyone not prepared to flee. As a nation we refuse to flee. But we also refuse to die." 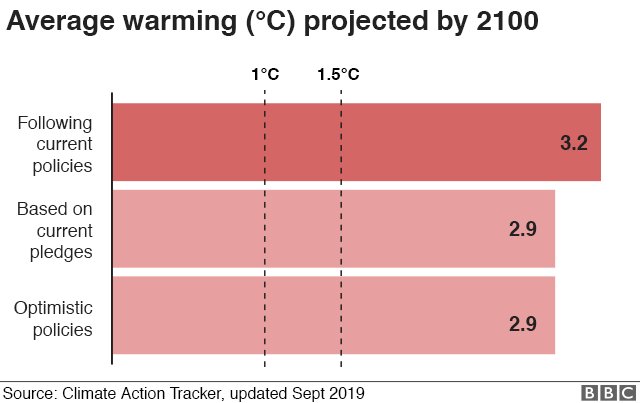 Ms Heine is not alone in the view that small nations like the Marshall Islands face an imminent existential threat. At the Madrid summit, ambassador Lois Young, from the Alliance of Small Island States (AOSIS), which represents low-lying coastal countries and small island nations, launched a rebuke to the world's big polluters.

"We are disappointed by inadequate action by developed countries and outraged by the dithering and retreat of one of the most culpable polluters from the Paris Agreement," she said.

"In the midst of a climate emergency, retreat and inaction are tantamount to sanctioning ecocide. They reflect profound failure to honour collective global commitment to protect the most vulnerable.

"With our very existence at stake, COP 25 must demonstrate unprecedented ambition to avert ecocide."

The COP25 meeting will aim to step up ambition so that all countries increase their national commitments to cut emissions. The meeting follows on the heels of three UN reports which stressed the increased urgency of limiting dangerous climate change.

According to UN Secretary General António Guterres, "the point of no return is no longer over the horizon".

Speaking ahead of the meeting, he said political leaders had to respond to the imminent climate crisis.

"In the crucial 12 months ahead, it is essential that we secure more ambitious national commitments - particularly from the main emitters - to immediately start reducing greenhouse gas emissions at a pace consistent to reaching carbon neutrality by 2050.

"We simply have to stop digging and drilling and take advantage of the vast possibilities offered by renewable energy and nature-based solutions," Mr Guterres said.

Almost every country in the world has now signed and ratified the Paris climate agreement and under the terms of the pact they will all have to put new climate pledges on the table before the end of 2020.

This meeting in Madrid signals the start of a frantic 12 months of negotiations that will culminate in Glasgow with COP26 in November next year.

Some 50 world leaders are expected to attend the meeting in the Spanish capital - but US President Donald Trump will not be among them.

The US became a signatory to the landmark Paris climate agreement in April 2016, under the Obama administration. But President Trump has said the accord - which has been signed by more than 190 countries - would lead to lost jobs and lower wages for American workers.

Last month, he began the process of withdrawing from the Paris deal.

However, Speaker of the House of Representatives, Nancy Pelosi, will attend the conference with a congressional delegation.

While her presence has been welcomed, US environmentalists want to see concrete steps on climate.

"While it's great Speaker Pelosi is coming to Madrid in place of Trump, symbolic gestures are no substitute for bold action," said Jean Su from the US Center for Biological Diversity.

"America remains the number one historic contributor to the climate emergency, and even Democratic politicians have never committed to taking responsibility for our fair share."

Underlining the real world impacts of climate change, a report from the charity Save the Children, says that what it calls "climate shocks" are threatening tens of millions of people in East and Southern Africa.

The charity says 33 million people are at emergency levels of food insecurity due to cyclones and droughts. More than half of these are believed to be children.

The situation has been made worse because the two strongest cyclones ever to hit the African continent, affected the same region just weeks apart.

"The climate crisis is happening here, and it's killing people, forcing them from their homes and ruining children's chance of a future," said Ian Vale from Save the Children.

Climate: We have run out of time.

COP25 talks to open as 'point of no return' in sight.