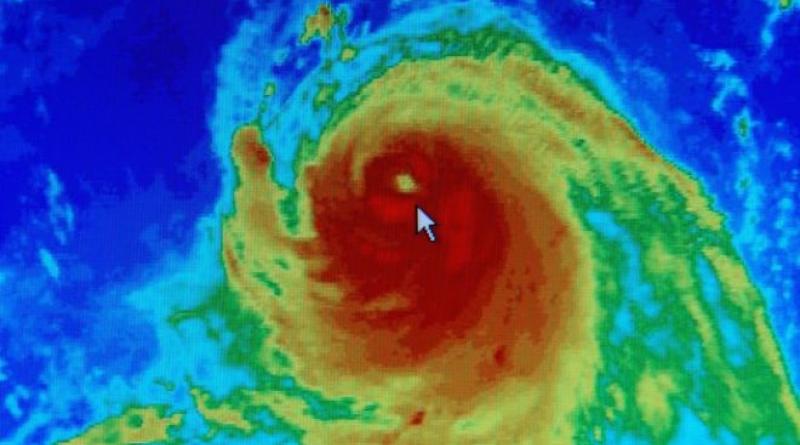 The biggest and most damaging hurricanes are now three times more frequent than they were 100 years ago, say researchers.

Using a new method of calculating the destruction, the scientists say the increase in frequency is "unequivocal".

Previous attempts to isolate the impact of climate change on hurricanes have often came up with conflicting results.

But the new study says the increase in damage caused by these big cyclones is linked by global warming.

Hurricanes or tropical cyclones are one of the most destructive natural disasters. The damage inflicted by Hurricane Katrina in 2005 was estimated to be $125bn, roughly 1% of US GDP.

One of the big questions that scientists have wrestled with is how to compare storm events from different eras. Is the increase in financial damages recorded over the last century simply down to the fact there are now more people living in the paths of hurricanes, who are generally wealthier?

Previous research has concluded that the rise in damages was related to wealth, and not to any statistically significant change in frequency.

However this new paper challenges that view.

Instead of looking at economic damage, the authors looked at the amount of land that was totally destroyed by more than 240 storms between 1900 and 2018, based on insurance industry databases.

As an example, the researchers examined Hurricane Irma that hit Florida in 2017.

Around 1.1 million people were living inside the 10,000 sq km closest to the storm's landfall.

By working out similar figures for events across the last century, the researchers were able to make what they say are more realistic comparisons in terms of damage over the decades.

The authors found that the frequency of the most damaging hurricanes had increased by a rate of 330% per century.

And they believe that is mainly due to rising temperatures.

"Our data reveal an emergent positive trend in damage which we attribute to a detectable change in extreme storms due to global warming," they write.

The scientists involved believe their new method is solid and gives a more accurate picture of what is happening with the worst storms.

"The new method of looking at the frequencies is really robust," said Aslak Grinsted, from the University of Copenhagen, who carried out the study.

"The increase in frequency is not only in my own dataset but is also present in other datasets, so it is extremely robust, and I think that will help it become more accepted."

The study has been published in the journal PNAS.

How Do Hurricanes Form? (video)