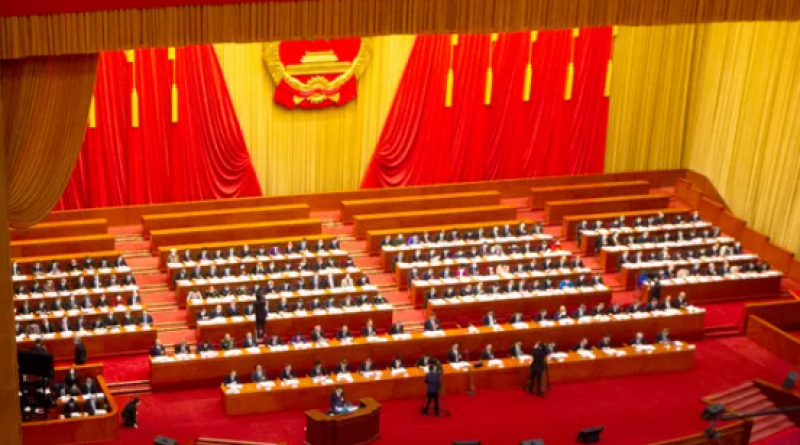 Target is in line with previous trends and could mean greenhouse gas emissions continuing to rise.

China has set out an economic blueprint for the next five years that could lead to a strong rise in greenhouse gas emissions if further action is not taken to meet the country’s long-term goals.

The 14th five-year plan, published in Beijing on Friday, gave few details on how the world’s biggest emitter would meet its target of reaching net zero emissions by 2060, set out by President Xi Jinping last year, and of ensuring that carbon dioxide output peaks before 2030.

China will reduce its “emissions intensity” – the amount of CO2 produced per unit of GDP – by 18% over the period 2021 to 2025, but this target is in line with previous trends, and could lead to emissions continuing to increase by 1% a year or more. Non-fossil fuel energy is targeted to make up 20% of China’s energy mix, leaving plenty of room for further expansion of the country’s coal industry.

Swithin Lui, of the Climate Action Tracker and NewClimate Institute, said: “[This is] underwhelming and shows little sign of a concerted switch away from a future coal lock-in. There is little sign of the change needed [to meet net zero].”

Zhang Shuwei, chief economist at Draworld Environment Research Centre, said: “As the first five-year plan after China committed to reach carbon neutrality by 2060, the 14th five-year plan was expected to demonstrate strong climate ambition. However, the draft plan presented does not seem to meet the expectations. The international community expected China’s climate policy to ‘jump’, but in reality it is still crawling.”

Unusually, this five-year plan did not set out GDP targets for the whole five-year period, but allowed for annual targets, with the first for this year a target of 6% growth. The Centre for Research on Energy and Clean Air said that coupled with the emissions intensity target, this could allow the growth rate of China’s emissions to speed up even further, rather than slow down, as is needed.

There is, however, still scope for China to flesh out its plan with more detail on how it will increase clean energy generation, encourage industry to reduce emissions, and to adopt more stringent near-term targets on greenhouse gas emissions. Sectoral plans and other details will follow later this year.

Bernice Lee, research director for futures at Chatham House, said the five-year plan should be seen as a starting point. “Xi has staked his political capital and future on delivering green and low-carbon growth at home, and his international reputation on fast climate action,” she said. “The direction of travel is clear, even if it remains short on specifics. The announcement [of the five-year plan] is just the start of a marathon, not a sprint. There will be much to play for in the coming months.”

Still to come is China’s national plan under the Paris climate agreement. This November, world governments will meet in Glasgow for vital UN climate talks, called Cop26. Under the Paris agreement, countries were supposed to set out in 2020 fresh commitments on cutting or curbing emissions between now and 2030. That timetable slipped because of the Covid-19 pandemic, but the UN has made it clear it wants new national plans for 2030 – called nationally determined contributions, or NDCs – from all major countries before Cop26.

The EU, the UK, Japan and about 70 others have set out their NDCs, though some are under pressure to revise them. China and the US, the world’s biggest economies, have yet to submit theirs. Joe Biden, the US president, has called a summit of world leaders for 22 April to discuss the climate emergency, at which he is expected to unveil his country’s NDC.

Many US climate experts and civil society groups think Biden should target a halving of greenhouse gas emissions by 2030, compared with 2005 levels, which they said would be an achievable target for the US.

For China, the biggest question is whether the NDC will set a year for peaking emissions that is sooner than the 2030 target date that Xi set out last September. If emissions are allowed to grow until 2030, that could jeopardise the Paris goals, of holding global heating to well below 2C (3.6F) above pre-industrial levels, and preferably below a 1.5C increase.

Experts and campaigners are hoping that China will set a peak year of 2025, which would help ensure that the Paris goals remained within reach. Li Shuo, policy adviser at Greenpeace East Asia, said: “Peaking emissions earlier than 2025 is not only possible but necessary. Pumping the brake on emissions progressively harder is good for China’s economic transformation and will help China’s global image.”