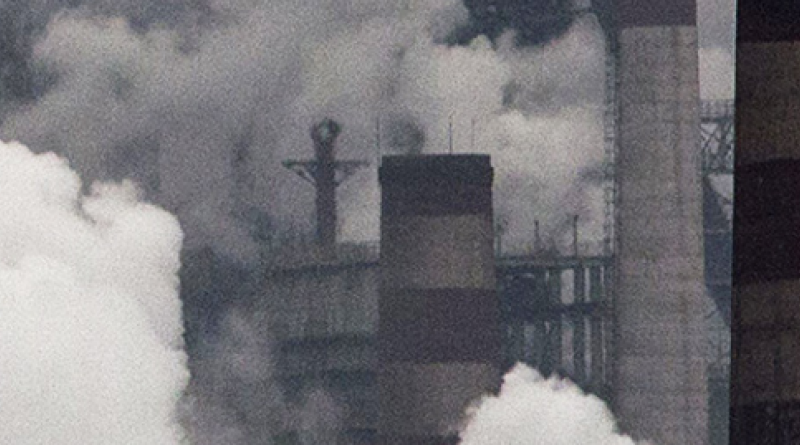 Imagine a power plant built next to a coal mine but also operating wind turbines and solar panels. The facility hosts batteries to store electricity when supply is in excess. The main source of power could flip from the fossil fuel to clean energy, depending on weather and price.

Spending billions of dollars to integrate power generation in this kind of mega-complex is now up for discussion in China, the world’s largest consumer of coal and its biggest promoter of renewables. While housing the two in the same facility creates obvious efficiencies, there’s a second purpose that has the potential to loosen the dirtiest fossil fuel’s choke-hold on China’s energy generation -- like a cuckoo snuggling up in another bird’s nest.

“This is part of a national strategy to support battery, wind and solar demand, and develop these key strategic technologies and the corresponding supply chains,” according to Alex Whitworth, research director at Wood Mackenzie Ltd. “So in a way, it can be seen as a government-directed cross-subsidy from fossil fuel profits to new energy technology.” 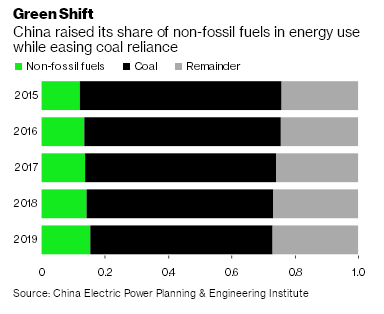 It’s a theme playing out at the corporate level, as coal miners look to add clean energy assets, and utilities shift spending to renewables. The national plan is to reduce China’s reliance on coal to cut pollution and mitigate global heating, but it’s slow going. Beijing wants to derive 20% of its energy consumption from non-fossil fuels by 2030, compared with about 15%last year.

China’s project-based approach to combining dirty and clean energy may be unique, and the National Energy Administration hasbegun seeking opinions on whether such mega-complexes are viable. That process will take about a month. Crucially, its starting point is that the amount of coal power involved would be strictly controlled, suggesting that coal’s role in the projects isn’t intended to be a dominant one. And the nation has some natural advantages, given that its major mining regions such as Inner Mongolia and Xinjiang also have a lot of renewable power sources on hand.

Clean energy’s biggest challenge is its periodic nature, which disrupts the daily planning of operations at the power grid. Deploying it widely with a mandate to add storage could reduce the costs of utility-scale batteries, which are still being scaled up. Meanwhile, the coal backstop would ensure that power supply is continuous.

The cost reductions for reliable green power resulting from these mega complexes could put a dent in coal power in the long run, said Li Daixin, an analyst at BloombergNEF.

But many questions around cost, time-lines and efficacy remain unanswered. “Energy storage, for example, is a major component of the integration strategy, yet a clear revenue stream for these projects remains elusive,” said Megan Jenkins, a senior research analyst at IHS Markit.

And nobody is imagining the effort will be a silver bullet to China’s coal addiction. “The impact to the power market will be more long-term,” said Morningstar Inc. analyst Jennifer Song. “The key purpose is to shift the energy mix toward renewables.”

And it could take the NEA months or even years to issue guidelines on the complexes even after they are deemed viable. But the shift to at least combine renewables generation with energy storage is proceeding in any case, with China Huaneng Group the latest to reveal such a project in Inner Mongolia with an investment of 5 billion yuan ($732 million).

— With assistance by Feifei Shen