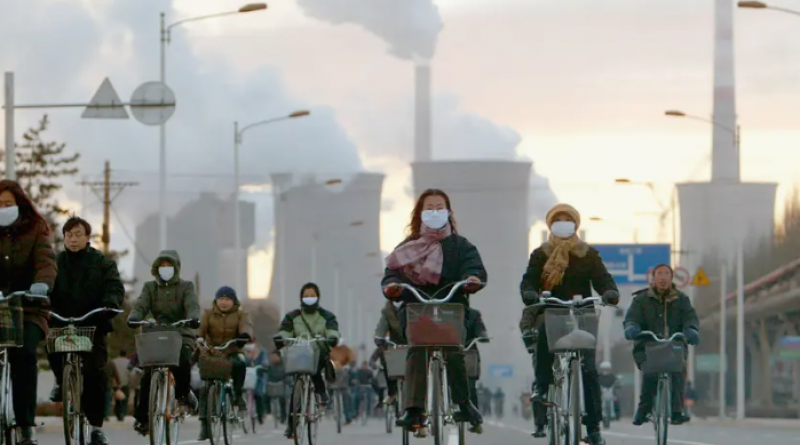 President Xi Jinping has pledged to cap carbon emissions by 2030 and to reach the carbon neutrality by 2060.

China, the world’s biggest emitter of greenhouse gases, succeeded in lowering “carbon intensity” by 18.8 per cent in the five years through 2020, a Ministry of Ecology and Environment (MEE) report said on Tuesday, showing the economy’s reduced reliance on fossil fuels.

The decline in “carbon intensity” - the amount of carbon dioxide emissions the country produces per unit of GDP - beat the official target for an 18 per cent reduction. During the five-year period, China’s GDP increased to 101.6 trillion yuan (about £11 trillion), from 68.9 trillion yuan (about £7.6 trillon) in 2015.

For 2020 alone, carbon intensity fell one per cent from a year earlier, according to a statement issued by the National Bureau of Statistic on Sunday.

President Xi Jinping has pledged to cap carbon emissions before 2030 and achieve the carbon neutrality by 2060. To meet commitments made under the Paris Climate Accord, China has been boosting renewable energy consumption and curbing coal burning to reduce carbon dioxide emissions.

China will have to improve energy efficiency and further reduce its use of coal to meet Xi’s goal.A new carbon intensity target is expected to be contained, along with other climate-related targets such as energy consumption control, in a five year plan for 2021-2025 that is due to be presented to China’s parliament later this month.

The ministry’s statement said heavy metals, in particular cadmium, were major pollutants endangering the quality of China’s farmland, while also saying that more than 90 per cent of the total contaminated arable land last year was safe for agriculture.

The ministry also warned that the water quality had deteriorated in the past year in the offshore marine areas near Shanghai and the eastern province of Jiangsu.