CHAD: The municipality of N’Djamena equips 19 associations for sanitation 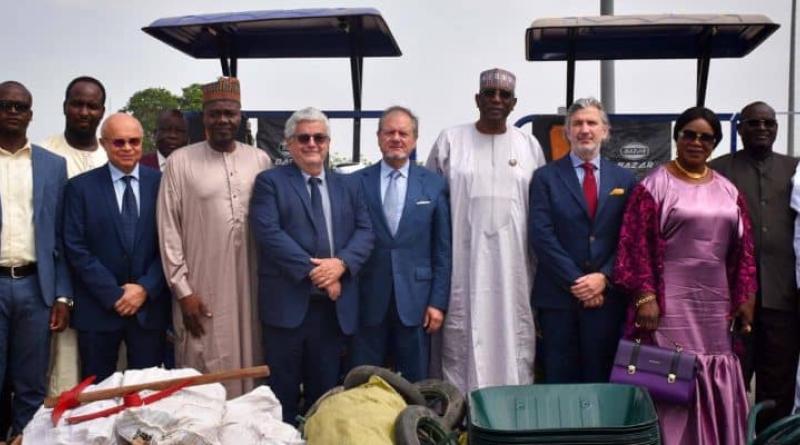 As floods affect several neighbourhoods in N'Djamena, Chad, the municipal authorities of the capital are providing 19 environmental associations with equipment to improve sanitation services.

As part of the Water and Sanitation Programme in N’Djamena (PEAN) in Chad, the municipality of the capital is providing 16 tricycles, 420 wheelbarrows, 1,000 shovels with handles, 1,000 bent and flat forks with handles to at least 19 environmental associations. According to Mayor Ali Haroun, this new equipment will contribute to the improvement of sanitation services in the city of N’Djamena.

The equipment, at a total cost of 77 million CFA francs (over 117,000 euros), also includes 500 picks and 500 rakes with handles, 400 crowbars, 2,000 pairs of boots and gloves, 1,000 construction jackets and 1,000 protective masks for construction sites. These devices will enable the beneficiary organisations to work in synergy with the municipal authorities to clear gutters and collect solid waste in neighbourhoods that are flooded during the rainy season.

These works are in line with the N’Djamena Water and Sanitation Programme (Pean) initiated in 2018 by the government of Chad. The project, co-financed by the European Union (EU) to the tune of €18 million and €7.5 million by the French Development Agency (AFD), should benefit nearly 200 000 people living in the 7th and 8th districts of the capital of this Central African country. Ultimately, the financing aims to build 200 latrines in 19 schools, 900 family latrines and extend the drinking water supply network over 20 km as well as building 25 standpipes.

This initiative is also in line with the Pan-African Capacity Building Programme for Cities in Inclusive Sanitation (CWIS) launched in N’Djamena exactly one year ago. The idea implemented by the African Water Association (AfWA) aims to strengthen the septic tank emptying system in the Chadian capital and the neighbouring towns of Kelo, Moundou and Koumra. The project has already been deployed in several Sahelian countries such as Burkina Faso.

TANZANIA: AFD finances water and sanitation in Shinyanga with €75 million