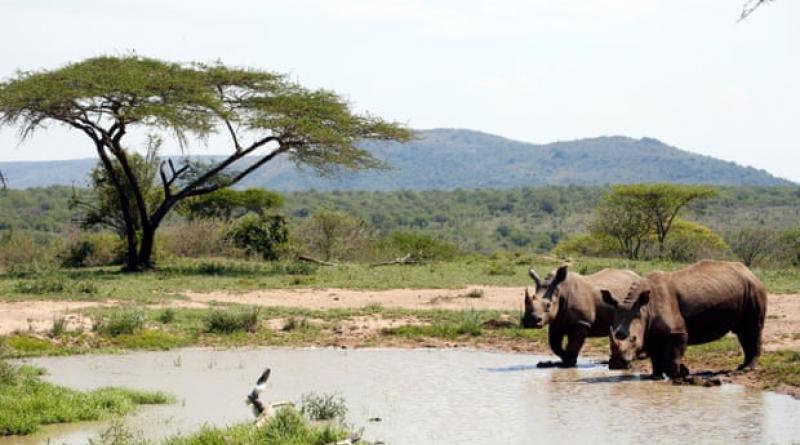 Leading scientists have warned that global conservation is being undermined by celebrity power after they suffered death threats and abuse in a hostile dispute over trophy hunting.

Groups such as the Campaign to Ban Trophy Hunting and Born Free are pressuring the UK and US governments to ban trophy hunting, with support from many famous names, much of the public and more than 150 MPs across the political spectrum.

Many of them signed an open letter calling for a ban, which scientists say contained misleading information.

Several scientists told the Guardian that poor political decision-making and abuse directed at them are being fuelled by what they describe as “myths driven by emotion and morality that ignore critical facts”.

They also warn that well-meaning but ill-informed campaigning on the emotive issue risks imperilling millions of acres of wildlife habitat and African livelihoods.

Although poorly regulated trophy hunting has had a negative impact historically on some wildlife populations, there is wide evidence, including from the International Union for Conservation of Nature (IUCN), that for many threatened species such as the black rhino, white rhino, lion and markhor, well-regulated trophy hunting has brought population increases and reduced larger threats. Conservationists say that when habitats are managed for hunting, it can protect many other endangered species living in the same area.

In 2019, 133 leading scientists and community representatives warned in a letter to the journal Science that banning hunting without implementing viable alternatives to protect habitat and generate revenue for local communities would imperil biodiversity.

The scientists involved say this has led to a wave of abuse, including from anti-hunting campaign groups and celebrities. Dr Amy Dickman, a lion conservationist from Oxford University who has received funding from both pro- and anti-hunting groups, was the first author on the Science letter and said she had received numerous verbal attacks.

The actor and animal welfare campaigner Peter Egan called her “a very limited scientist”, while others accused her of being a “paid mouthpiece” for hunting or called her “a monster” and “a twisted sadistic bitch”. Dickman claims another said they would love to see her face ripped off by lions.

She was also asked to leave a meeting in parliament of politicians, activists and the media arranged by the Campaign to Ban Trophy Hunting. She is not alone: other signatories to the letter have reported similar abuse.

The scientists say such attacks deter people from pointing out when misleading information is being spread.

Adam Hart, professor of science communication at the University of Gloucestershire, said: “A lot of conservation scientists are scared to get involved in this debate as it is so toxic. I have had people call me a shill for the hunting industry, which is absolute twaddle. We get personal slurs against our professional integrity just for trying to engage people with the science, and trying to limit the wildlife loss that will come if trophy hunting is banned.”

Dickman said: “The campaigners’ narrative – suggesting trophy hunting is driving species to extinction and banning it will make things better – is false. I am unaware of any species where current trophy hunting is the primary threat to their persistence. The major threats are overwhelmingly habitat loss, poaching, prey loss and conflict with humans – all of which will be worsened if land used for trophy hunting is converted to agriculture or settlement.

She added: “I can completely sympathise with how those images of grinning hunters turn peoples’ stomachs – they do the same to me – but the kinds of killings we see in areas where wildlife has no economic value are even worse.”

Many red-listed species and their habitats are assessed by the IUCN as being supported to some extent upon by trophy hunting, including the giant eland, black rhino, white rhino, African elephant and lesser kudu. A UN report found that trophy hunting is conserving millions of acres of wildlife habitat in sub-Saharan Africa.

Kenya’s 1977 ban on hunting was followed by declines of 70-88 % in some wildlife species monitored, including the warthog, lesser kudu, Thomson’s gazelle, eland, oryx and impala, while livestock increased substantially. Tanzania lost anti-poaching units and millions of acres of hunting areas after elephant trophy hunting imports were banned in the US.

More than a million people signed a 2020 petition presented to Downing Street to ban trophy hunting imports, and the results of a government consultation are pending.

They asked them “to stop undermining our globally recognised conservation efforts and our basic human right to sustainably use the natural resources on which our communities’ livelihoods depend.”

They added: “Imposing worldviews and value systems from faraway places, amplified through your powerful, influential voices, results in disastrous policies that undermine our rights and conservation success.”

Dickman agreed: “I find it strange that people listen more to actors and comedians than to trained conservation scientists, or more importantly, to local stakeholders.”

He added: “We challenge the claims made by proponents of trophy hunting that it delivers significant conservation and community benefits, or that it positively contributes to the sustainable use of wildlife. Trophy hunting is a cruel relic of a colonial era that results in intense animal suffering and disruption of wildlife populations, while contributing little or nothing to local economies or wildlife conservation. It is also wracked by corruption and greed.”

The Campaign to Ban Trophy Hunting did not respond to requests for comment.