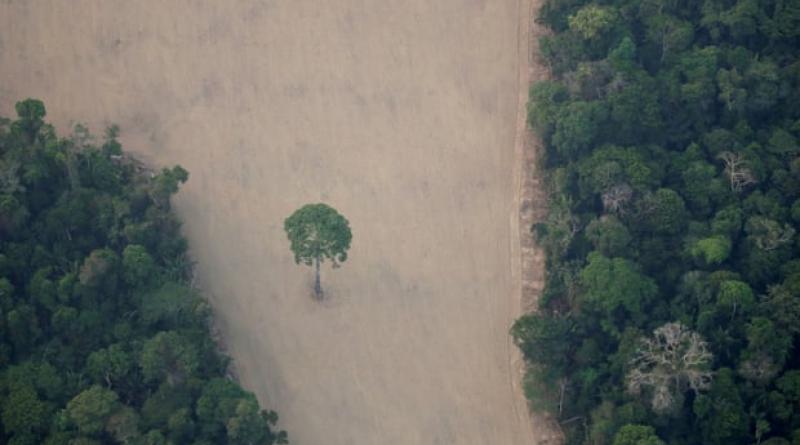 Experts fear efforts to protect field agents from virus could lead to surge in deforestation.

Brazil will reduce efforts to fight environmental crimes during the coronavirus outbreak, despite concerns that reduced protection could lead to a surge in deforestation.

The director of environmental protection at Ibama environmental agency said the outbreak had left little choice but to send fewer enforcement personnel into the field.

Olivaldi Azevedo estimated that one-third of Ibama’s field operatives were close to 60 years old or had medical conditions that put them at greater risk for severe symptoms of the virus.

Ibama has not hired agents in years because of government budget cuts. “There’s no way you can take these people who are at risk and expose them to the virus,” Azevedo said. “There is no choice between one thing and the other. It’s an obligation.”

Two sources at Ibama, who were not authorised to speak to the media, said rank-and-file field agents were worried about their health and the risk they could spread coronavirus to the rural regions where they operate.

The Amazon has seen soaring deforestation and an increase in fires in since Brazil’s rightwing president, Jair Bolsonaro, took office in January 2019, triggering global outcry that he was emboldening illegal loggers, ranchers and land speculators.

Brazil is home to roughly 60% of the Amazon, the world’s largest tropical rainforest, which absorbs vast amounts of greenhouse gases that cause climate change.

Bolsonaro has defended development plans for the region by arguing that they are the best way to lift more Brazilians out of poverty. But the surge in deforestation threatens to derail a South American free-trade deal with Europe and hurt exports.

In a decree last week, Bolsonaro defined environmental enforcement as an essential service during the coronavirus pandemic, allowing Ibama to keep sending agents into the field.

But Azevedo said even essential services, such as healthcare and police, must be reduced to protect at-risk workers.

Bolsonaro’s press office directed questions to the environment ministry. The ministry, which oversees Ibama, did not immediately respond to a request for comment.