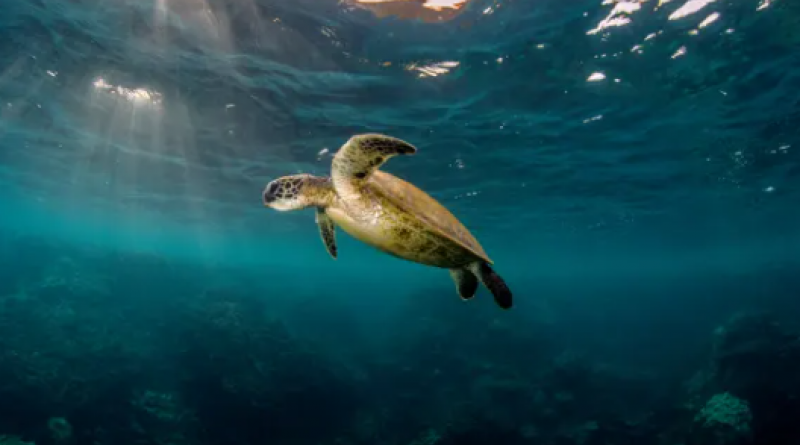 Three of Australia’s world heritage-listed marine sites have more than 2bn tonnes of carbon dioxide locked away in their vast seagrass meadows, coastal mangroves and tidal marshes, according to a new report from a UN agency.

Unesco has for the first time calculated all the so-called “blue carbon” stored across its 50 world heritage marine sites and finds they contain about 5bn tonnes of CO2 and other greenhouse gases.

The three Australian sites – the Great Barrier Reef in Queensland, and Shark Bay and the Ningaloo coast in Western Australia – have almost 40% of the blue carbon stored across all world heritage sites, according to data in the report.

“These are real hotspots for blue carbon,” said Dr Oscar Serrano, a co-author of the report and a marine ecologist at Edith Cowan University in WA.

Mangroves, tidal marshes and seagrass meadows around the world are known to have vast stores of carbon that have been accumulating for thousands of years. If left undisturbed, the carbon stays locked away in sediments.

But Serrano said many areas were at direct risk from developments, as well as from rising sea levels and marine heatwaves.

The Great Barrier Reef holds the biggest stocks of blue carbon across all the 50 world heritage marine sites, according to the data: 1.8bn tonnes of CO2-equivalent (C02-e).

The carbon stored in Australia’s marine world heritage sites is about the same as four years of annual greenhouse gas emissions by the country.

Other world heritage sites with major stores of carbon are the Everglades national park in the US and the Sundarbans mangrove forests in Bangladesh.

About 15% of global blue carbon stores are in and around world heritage sites, the report says.

Serrano said even though blue carbon ecosystems globally covered only about 1% of the planet, they were responsible for about half the CO2 absorbed by oceans. Estimates suggested they could absorb CO2 about 30 times faster than rainforests.

Serrano was part of a research team that found a 2011 marine heatwave in Shark Bay had killed about a third of the area’s seagrass, releasing up to 9m tonnes of CO2-e in the three years that followed. One researcher described that event as a “carbon bomb”.

WA’s coastline, including the Ningaloo and Shark Bay areas, is experiencing a marine heatwave. Research has found a rise in the number of marine heatwaves around the world, with projections of further rises as greenhouse gas emissions continue.

Prof Catherine Lovelock, another co-author, of the University of Queensland, said the report would help nations with blue carbon sites to think about how to restore degraded areas that would benefit biodiversity and store more CO2.

Direct threats included clearing of mangroves for fuel, development or to make way for aquaculture in developing nations.

She said: “Mangroves provide all these other services – so it’s carbon sequestration as well as providing habitats and being nurseries for fish, as well as protecting coastlines.”

But she said the biggest indirect threat to many blue carbon areas was climate change.

Marine heatwaves could kill off seagrass and mangroves and tidal marshes were susceptible to sea level rise.

There was also the issue of coastal “squeeze”, where developments were built close to coastal mangroves, leaving those habitats with nowhere to move as global heating caused sea levels to rise further.

The Australian government is developing a methodology that would allow carbon credits to be generated for restoration projects focused on increasing blue carbon stocks in marine ecosystems.