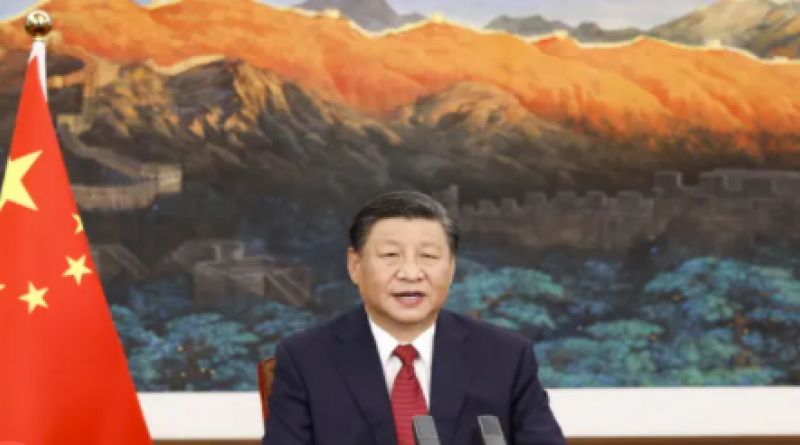 President Xi Jinping has announced that China will not build new coal-fired power projects abroad, using his address at the United Nations General Assembly to add to pledges to deal with climate change.

Depending on how the policy is implemented, the move could significantly limit the financing of coal plants in the developing world.

China has been under heavy diplomatic pressure to put an end to its coal financing overseas because it could make it easier for the world to stay on course to meet the goals of the Paris climate agreement to reduce carbon emissions.

“China will step up support for other developing countries in developing green and low-carbon energy, and will not build new coal-fired power projects abroad,” Xi said in his pre-recorded video address at the annual UN gathering, in which he stressed China’s peaceful intentions in international relations.

The move follows similar announcements by South Korea and Japan earlier this year. Together, the three countries were responsible for more than 95% of all foreign financing for coal firepower plants, with China making up the bulk, Joanna Lewis, director of science, technology and international affairs at Georgetown University, told the BBC.

Thom Woodroofe, a former climate diplomat, and a fellow at the Asia Society Policy Institute, described the pledge as drawing a “big line in the sand’”.

“It is further evidence China knows the future is paved by renewables. The key question now is when they will draw a similar line in the sand at home,” he said.

“It was also in many ways an easy decision for China to take ahead of COP26 – far easier than peaking emissions by 2025, which many had hoped [Xi would do]. For the first time since 2013, China did not finance any new overseas coal plants in the first six-months of this year – and this came after a precipitous drop last year,” he said.

Xi spoke after US president Joe Biden gave his first United Nations address. Biden mapped out a new era of vigorous competition without a new cold war despite China’s ascendance.

In a measured speech, Xi made no direct mention of China’s often bitter rivalry with the US, where the Biden administration has made policies on climate change mitigation a top priority and sought to cooperate with Beijing.

Xi repeated pledges from last year that China would achieve a peak in carbon dioxide emissions before 2030 and carbon neutrality before 2060.

Nonetheless, China “deserves great praise for pledging to stop building coal plants overseas – the first developing country to make such a pledge and the last of the major public financiers of overseas coal to do so,” Dr Kevin Gallagher, director of Boston University’s Global Development Policy Center, said in a statement.

However, China, the world’s largest greenhouse gas emitter, is still heavily reliant on coal for its domestic energy needs.

“China was the last man standing. If there’s no public finance of coal from China, there’s little to no global coal expansion,” Justin Guay, director of global climate strategy at the Sunrise Project, a group advocating for a global transition from coal and fossil fuels, said of Xi’s promise.

Guterres welcomed both Xi’s move on coal and Biden’s pledge to work with the US Congress to double funds by 2024 to $11.4bn a year to help developing nations deal with climate change.

“Accelerating the global phase-out of coal is the single most important step to keep the 1.5-degree goal of the Paris Agreement within reach”, he said in a statement.

Woodroofe said: “The key thing to watch now is not just what China does at home, but also how much weight this announcement will hold.

“Will Beijing be able to rein in finance provided by all Chinese banks? What about the huge Chinese labour force involved in the construction of these coal plants?”

Meeting its goal of net zero emissions at home by 2060 would also require significant action, with China needing to shut down nearly 600 of its coal-fired power plants in the next decade and replacing them with renewable electricity generation, according to a report by analysis company TransitionZero in April this year.

Unless China reduces its own emissions sharply in the next 10 years, the world stands little chance of limiting global heating to 1.5C.