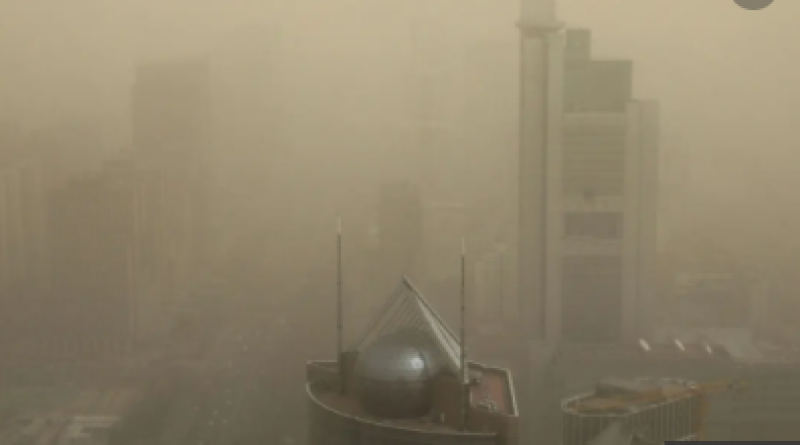 The skies over Beijing turned yellow and air pollution soared to severe levels as a giant cloud of sand and dust particles rolled into the city, propelled by strong winds from the north of China. It is the third powerful sandstorm to hit the Chinese capital in five weeks.

‘I don't feel good’ said Gary Zi, a Beijing resident. ‘We have had several dust storms this year. The air quality is much worse than in previous years.'

The particles are said to have originated from Mongolia and the Chinese region of Inner Mongolia. Beijing has been planting millions of trees along its border to block out sandstorms, part of a project known as the Great Green Wall

Zombie storms are rising from the dead thanks to climate change.