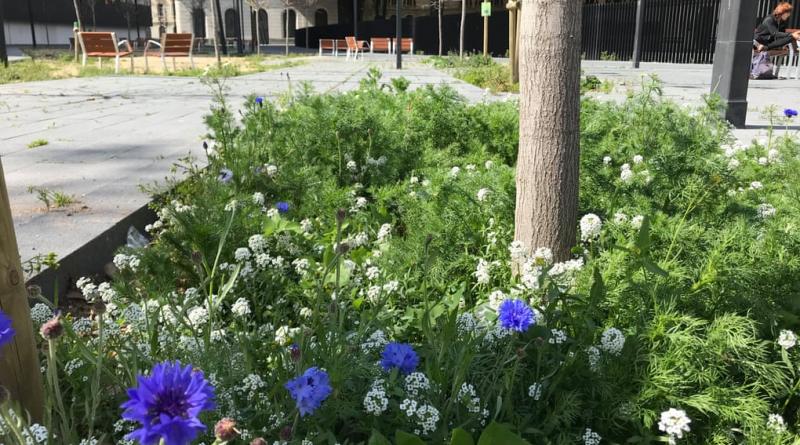 The spring lockdown brought butterflies and biodiversity to the Spanish city, and inspired a reimagining of its relationship with nature

When Barcelona’s inhabitants emerged from a six-week lockdown at the end of April last year, they found that while the city had lain dormant, nature had been busy transforming the streets and parks into a bucolic wilderness.

“The parks were shut, so there was no pressure on them from humans or dogs and no gardening was carried out,” says Margarita Parés, who heads the city’s biodiversity programme.

“It was spring and it rained a lot more than usual. The result was an explosion in plant growth, so there were more insects and more food for birds. And there were many more butterflies, as they are a species that reacts very quickly to changes in the environment.”

The Urban Butterfly Monitoring Scheme found that in May and June there were 28% more species per park and 74% more butterflies than the same period in 2019, including new species not previously seen in the city such as the rock grayling (Hipparchia semele) and lesser purple emperor (Apatura ilia).

Once the gardeners went back to work, the question was whether to return everything to its neat and tidy state, or let nature take its course?

The answer is neither. Parés says the council spent the previous two years working on plans to “naturalise” or rewild the city – and was about to announce this change of policy when the pandemic struck. By the time the lockdown ended, it was a lot easier to sell rewilding to a public craving fresh air and open spaces.

The city is now in the process of creating 783,300 sq metres of green open space, including an area around the landmark Sagrada Familía basilica, and 49,000 sq metres of “greened” streets.