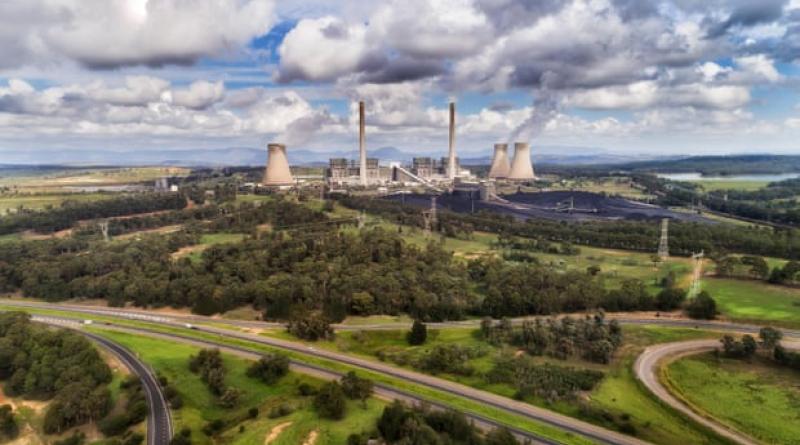 Australia’s greenhouse gas emissions have dipped slightly on the back of new clean energy and a sharp fall from agriculture due to the drought, but the decline was almost entirely wiped out by surging industrial pollution.

Official data released on Monday revealed national emissions were down 0.3% in the year to September.

Emissions from electricity generation fell 2% (3.6m tonnes of carbon dioxide) as the now-filled renewable energy target boosted invested in solar and wind power. Pollution from agriculture fell even further – 4.1m tonnes, or 5.8% – due to the impact on livestock of the historic eastern seaboard drought and north Queensland floods.

But fugitive emissions, released during coal and gas extraction, were estimated to have jumped 6% (3.3m tonnes). Pollution from stationary energy – which includes the manufacturing, construction and commercial sectors – was up 2.6% (2.6m tonnes).

The biggest leap was in the surging liquefied natural gas export industry, now worth $50bn after a wave of investment, particularly in Western Australia. LNG emissions were up 16.9% (6.3m tonnes).

As Guardian Australia has reported, the rise in industrial pollution has occurred as the government has allowed big polluters to increase emissions limits under a scheme known as the “safeguard mechanism”, which was promised in 2015 to prevent rises above business-as-usual levels.

National emissions across the year were estimated to be 530.8m tonnes, nearly 1% lower than they were in 2000. The government’s 2020 target over that timeframe is a 5% cut.

Emissions are down about 1.3% since the Coalition was elected in 2013, but just 0.4% since 2014, the year the national carbon price was repealed and replaced by then prime minister Tony Abbott with the emissions reduction fund. Climate pollution fell about 14% when Labor was in power under Kevin Rudd and Julia Gillard.

The data was released in the wake of the Labor leader, Anthony Albanese, recommitting the party to a target of Australia having net zero emissions by 2050. It has not yet explained how it would get there.

Every Australian state, the Business Council of Australia and more than 70 countries have supported a goal of net zero emissions by 2050. Asked on Monday if the federal government would make the same commitment, the minister for emissions reduction, Angus Taylor, said the world had agreed “to get to net zero emissions in the second half the century” under the Paris climate agreement but the Coalition would not adopt a target that was unfunded or not backed by a plan.

The government is expected to soon release a “technology investment roadmap”, but has confirmed few details. It has also received a report from a panel led by the businessman Grant King, which was last year asked to advise on new ways to cut emissions. “We’ve got to do our bit, and that’s why we’ll be focusing on technology,” Taylor said on Monday.

In a statement on the new emissions data, Taylor emphasised emissions were down 13% since 2005, the year against which Australia’s Paris target for 2030 (a 26-28% cut) is measured.

Labor’s climate spokesman, Mark Butler, said the fall in emissions was “little more than a rounding error”, and the government’s policies were “hopelessly inadequate”.

“There was no reduction in emissions in the quarter to September 2019 and annual emissions only reduced by a pitiful 0.3%,” he said. “Scott Morrison is failing to protect Australians from the dangerous realities of climate change.”

Guardian Australia last year asked for the evidence that Australian LNG was displacing coal-fired power in Asia to the extent the government has claimed. It was not made available. A government report at the time suggested gas would be increasingly competing with zero-emissions nuclear and renewable energy in Japan, Australia’s biggest LNG market.

Taylor said emissions from export industries had increased 54% since 2005 levels, but per capita pollution and the emissions intensity of the economy – the amount released relative to production – were at the lowest levels in nearly three decades.

“The value of our exports has increased by $83bn since September 2013, reflecting the Coalition government’s good economic management,” Taylor said.

The Bayswater coal-powered plant in the NSW Hunter Valley. Australia’s emissions from electricity generation have fallen, but fugitive emissions from coal and gas extraction, as well as a huge rise in LNG emissions, have all but cancelled out cuts. Photograph: Taras Vyshnya/Alamy Stock Photo

Inside Australia's climate emergency: the air we breathe.

What is Australia doing to tackle climate change?