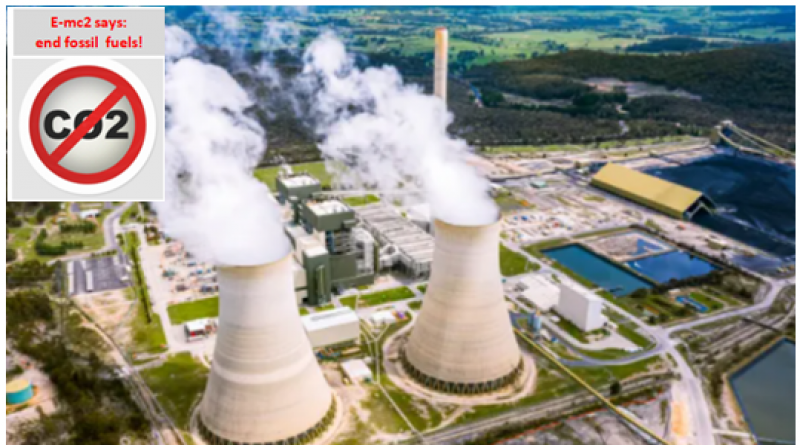 Australia’s big banks have declared they need to actively manage climate risk because governments and regulators require it, and because the investor community is “increasingly transitioning its focus towards a net-zero emissions economy”.

The banks and their lobbying arm, the Australian Banking Association (ABA), have used new submissions to a parliamentary inquiry to implicitly rebut claims from senior Nationals that their actions amount to moral posturing or virtue signalling.

The banks and the ABA point out current carbon risk practices – namely, disclosing information relating to climate exposures and calculating the potential risk of climate change on their balance sheets – are requirements driven by international governance setting bodies, of which Australian regulators and Australian companies are members.

The parliamentary inquiry, chaired by the Queensland National George Christensen, was triggered by a public commitment from ANZ to step back from business customers with material thermal coal exposures – market signalling that sparked consternation from the Nationals.

After the ANZ’s statement last October, the agriculture minister David Littleproud called for a boycott of the bank, and the deputy prime minister, Michael McCormack, declared the bank’s plan “virtue signalling”. Christensen has previously denied the link between climate change and the severity of natural disasters.

In the wake of the ANZ fracas, the resources minister and Queensland National Keith Pitt originally instructed the joint standing committee on trade and investment growth to grill financial regulators, the Australian Securities and Investments Commission and the Australian Prudential Regulation Authority, as well as the banks, about their plans to pull back on lending or insuring mining projects because of climate change.

But the inquiry stalled after the joint standing committee – in a rare rebuke – deferred making a decision about whether to proceed with Pitt’s original ministerial referral. The stalling reflected a view among some Liberals that the inquiry should not be a witch-hunt against banks managing carbon risk.

Some fossil fuel producers and their contractors in Australia have used submissions to the inquiry to argue it is now harder to get finance because major global investors and insurers are actively reducing their exposure to risks from the climate crisis.

But the major banks and the ABA say governments and regulators around the world have identified climate risk as a relevant factor which banks and other sectors must consider, and they argue Australia’s export sector is expanding after the economic shock of the Covid-19 pandemic.

The ABA says governments – particularly the new Biden administration in Washington and Boris Johnson in the United Kingdom – “are actively requiring their trading partners to act on climate risk”.

The National Australia Bank notes in its submission that a number of Australia’s major trading partners “are either planning or considering implementing carbon border adjustment mechanisms to support their emissions reduction targets” and the NAB says “this would have flow on impacts for Australian exporters”.

The ABA also notes that Britain will host the United Nations Climate Change Conference in Glasgow in November, and chancellor Rishi Sunak has announced the UK’s intention “to mandate climate disclosures by large companies and financial institutions”.

Australia’s banking regulator, the Australian Prudential Regulation Authority, also notes in its submission it has stepped up climate risk guidance to financial institutions “since the Australian government became party to the Paris agreement in 2016” – meaning it is responding to policies the government has set.

The ABA has told the committee exporting businesses in Australia face many challenges, but “access to finance is not key among them”. Citing survey data from the Department of Foreign Affairs and Trade, the ABA notes according to that data, “access to finance and the capacity to finance further growth in the business have not made the top ten issues in the past five years”.

The ABA says the banks were a significant “shock absorber” for businesses in Australia hit by the economic downturn triggered by the pandemic, and it says the export sector in Australia is diversifying and “optimistic about the future” now that economic growth is returning to trend.

The bank that inadvertently triggered the parliamentary inquiry, the ANZ, says it is currently providing $14.2bn in support for resources companies globally, and it contends it is “the leading resources bank in Australia”.

“Reflecting our global outlook, we also have the largest presence of the domestic banks in China, Japan and Korea; these are Australia’s major resource trading partners,” the ANZ submission says.

It says its climate change statement in 2020 “explains that we’re supporting our 100 largest emitting customers on their response to climate change, sets out our $50bn funding and facilitation target and details how we’re steadily reducing our financing for thermal coal through to 2030.”

The ANZ says managing this transition is not new. “By 2030, we will have been discussing our thermal coal position with customers for 15 years.”

It also notes the engagement with big emitters “does not apply to small and medium businesses, including in regional or rural areas, or farmers that export or service the domestic market.”

Australian exporters could face millions of dollars in European tariffs as EU seeks to punish polluters.