Australian exporters could face millions of dollars in European tariffs as EU seeks to punish polluters. 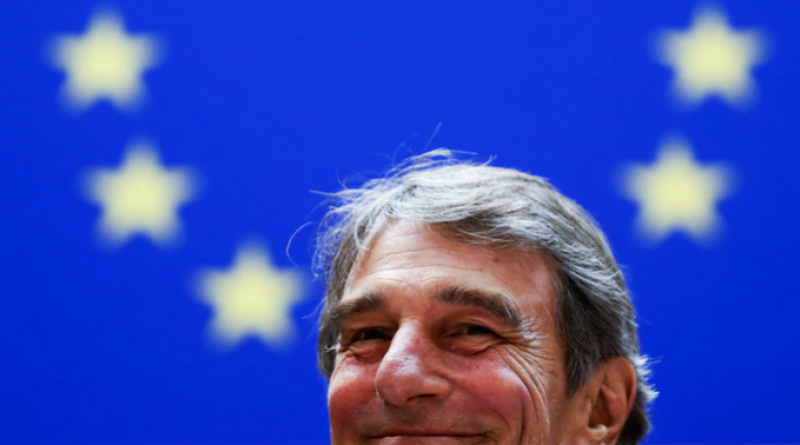 Australian exporters to Europe are likely to face millions of dollars in new tariffs after the European Parliament voted overnight to move forward with a carbon levy on products from countries lacking serious pollution reduction programs.

The vote came after a top parliamentary committee noted concerns about "the lack of cooperation by some of the EU’s trade partners … to reach the objectives of the Paris Agreement".

Canberra's diplomatic and trade representatives are in the midst of negotiating a multibillion-dollar free trade deal with the European Union.

But MEPs in Brussels are warning they will not ratify any such deal with Australia until it does more to reduce its emissions.

"Australia has to understand that we are really serious," Pascal Canfin, chairman of the parliament's environment committee, told the ABC.

"We will not ratify a trade deal if there is no concrete additional climate action from Australia," he said.

Until Australia establishes a new scheme to lower emissions, its exporters to Europe face the prospect of paying additional tariffs under the new Carbon Border Adjustment Mechanism (CBAM), which is expected to come into force in 2023.

The mechanism is designed to apply tariffs on imports equivalent to the fees paid under the EU's Emissions Trading System by local businesses producing the same product.

"It makes sure that we have … a level playing field between the domestic production and production of products that are coming into Europe," Ms van Brempt said.

In 2016, Australia exported goods to Europe worth more than $20 billion.

Europe's ETS was introduced in 2005, and now Brussels is rolling out a suite of new climate reforms aimed at cutting Europe's CO2 emissions by 55 per cent by the end of the decade.

On Wednesday afternoon in Brussels, the parliament adopted a resolution outlining its expectations for the CBAM, the details of which are scheduled to be set out by the European Commission in June.

Once the Commission unveils the detailed policy, further parliamentary ratification is required to make the carbon tariffs into law.

The program is expected to begin by targeting a narrow range of industrial sectors including steel, cement and chemicals.

'Australia today is a free rider'

In the past decade, Australia has exported to Europe more than 980,000 tonnes of steel.

At the price of €50 ($77) per tonne of carbon — Brussels' own forecast — exports of the same volume would attract tariffs equivalent to $77 million.

"In Europe we consider Australia … is not really very loyal in implementing the Paris agreement," she told the ABC.

"Australia today is a free rider … it continues to make their products based on fossil fuels."

But Europe's ETS has been far from a raging success.

Thanks to extensive lobbying, its carbon price has stayed relatively low, and millions of dollars' worth of pollution permits have been granted for free to heavy industries to cushion them from outside competition.

"The European carbon market has not played its full potential because of the free allowances," Mr Canfin said.

He pledged the program was heading in the right direction, that the carbon price would climb beyond €50 ($77) a tonne and that "we are going to reduce the free allowances".

The new border tariffs would effectively replace them, he said: "Of course we are not going to provide our industries both CBAM … plus free allowances".

"The phasing in of CBAM will go hand in hand with the phasing out of the free allowances."

On Tuesday that pledge looked shaky, after an amendment to the CBAM proposal, which sought to eliminate all free carbon emission allowances, was voted down.

Charles de Lusignan, from the European Steel Association, said the industry only supported the introduction of carbon tariffs "as a supplementary mechanism", and expected that industry would continue to be able to claim pollution allowances to defray other expenses, such as the high costs of carbon abatement technology.

An EU employers group, BusinessEurope, said free allowances must continue until CBAM had "proven its effectiveness".