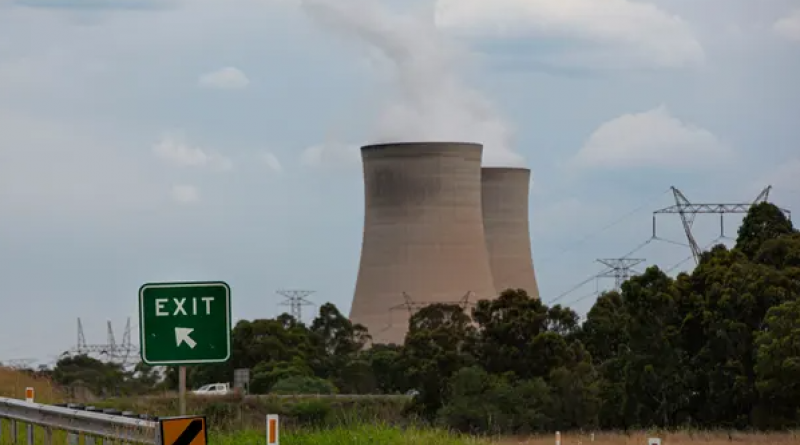 Claims by the Morrison government that Australia has done more to cut greenhouse gas emissions than other countries have been challenged by an analysis that found it has gone backwards compared to similar countries over the past 15 years.

Energy analyst Dr Hugh Saddler ranked the performance of 23 OECD countries and Russia on eight climate measures, including share of electricity from non-fossil fuels, per capita emissions from transport and overall emissions intensity of each economy.

He found Australia was ranked 20th or worse in seven of the eight categories. In relative terms, it had not improved in any category since 2005 and had gone backwards compared to other developed countries in four.

Saddler, an honorary associate professor at the Australian National University’s Crawford School of Public Policy, said his research – published by the progressive thinktank the Australia Institute – showed the country was “lagging at the back of the pack” among developed countries in transforming its economy.

He contrasted it with Morrison’s claim, made ahead of a virtual climate summit hosted by the US in April, that Australia’s record in reducing emissions was better than many of the other major countries appearing at the event.

“Despite the last decade of growth in solar and wind energy, fossil fuels still dominate Australia’s energy sector and its rate of electrification – that is, getting off coal, oil and gas for energy – is one of the worst in the OECD,” Saddler said.

The emissions analysis precedes the release on Monday night of a landmark report by the world’s leading climate scientists that will assess the state of the global climate. The Intergovernmental Panel on Climate Change’s sixth assessment report is a comprehensive review of the world’s knowledge of the climate crisis and how rapidly human actions are altering the planet.

Saddler said his research showed the government’s “so-called gas-fired economic recovery”, under which the Coalition has committed hundreds of millions of dollars to fossil fuel power and opening up new gas basins, was “absolutely counter to the needs of Australia’s energy system transition”.

“Over the past 15 years, Australia has squandered its golden opportunity to decouple its energy sector from fossil fuels, unlike so many other OECD countries,” he said. “As a result Australians are left with high-polluting and inefficient power, heating, housing and transport. This also drives up our cost of living and drives down our energy productivity.”

The government defends its performance on climate by arguing the fall in Australia’s emissions since 2005 – about 20%, according to the most recent national accounts – is better than many comparable counties.

Morrison and other government MPs have repeatedly cited the figure when asked why Australia’s 2030 emissions reduction target is only half that set by the US and European Union, and less than half that promised by Britain. They say Australia has a record of “over-achieving” on emissions targets.

But Saddler’s research backs earlier analyses that suggest this claim is misleading.

He found all of Australia’s emissions reductions since 2005 have been due to farming activities, mainly due to a large fall in the amount of “land-clearing”. In basic terms, the annual destruction of forests and other ecosystems for agriculture and timber collection decreased over the decade from 2007 to 2017 – it still happens, but at a slower rate.

Saddler’s report said if this change in how land was used was excluded from national emissions accounts Australia’s emissions had increased by 7% since 2005.

He said it was a key, and often overlooked, point when comparing Australia’s emissions were compared to other countries.

“Large one-off reductions in land-clearing are in no way evidence of a trend towards the decarbonisation of the Australian economy,” the report said.

“For the purposes of international comparison, it is important to note that most other developed countries have no capacity to benefit from large reductions in land-clearing for the simple reason that they cleared most of their land centuries ago.”