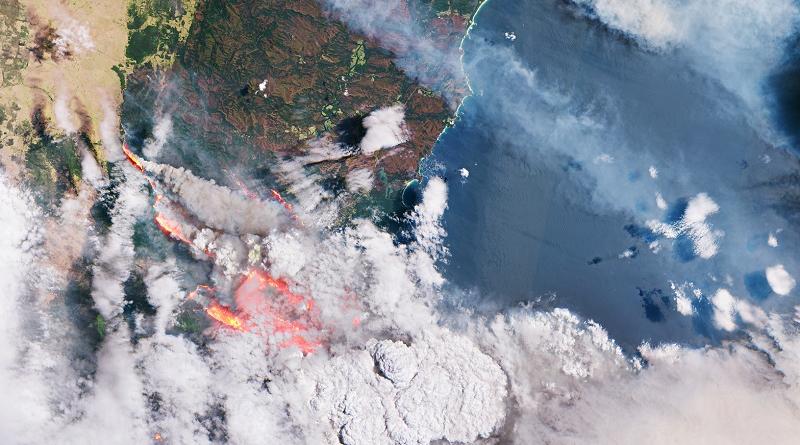 Today, Australia continues to burn as the country struggles to come to grips with the crisis.

Worsening weather conditions in the south-east of the country prompted authorities to call for another mass evacuation in the most heavily populated areas.

On Thursday, Australia’s Bureau of Meteorology said 2019 had been the country’s warmest and driest year on record with temperatures 1.52C above average and rainfall at the lowest since record began in 1900.

The crisis is anticipated to cost billions of dollars in recovery efforts and the country’s bill for tackling natural disasters is expected to soar in coming decades with worsening climate change.

Pro-coal Prime Minister Scott Morrison announced a $2billion AUS ($1.4bn) national bushfire recovery fund this week to help communities rebuild their lives. “If further funds are required, further funds will be provided. We will do whatever it takes,” he said.

While the fire response continues, thousands of people from Sydney to Hobart have taken to the streets denouncing government inaction on climate change.

Across the country, the bushfire crisis could catalyse a debate about Australia’s climate policies (or lack of) and the need to build resilience within its communities. If not now, then when?

Op-Ed: Australia is now the 'Poster Child' for the climate crisis.

Australia, your country is burning – dangerous climate change is here with you now