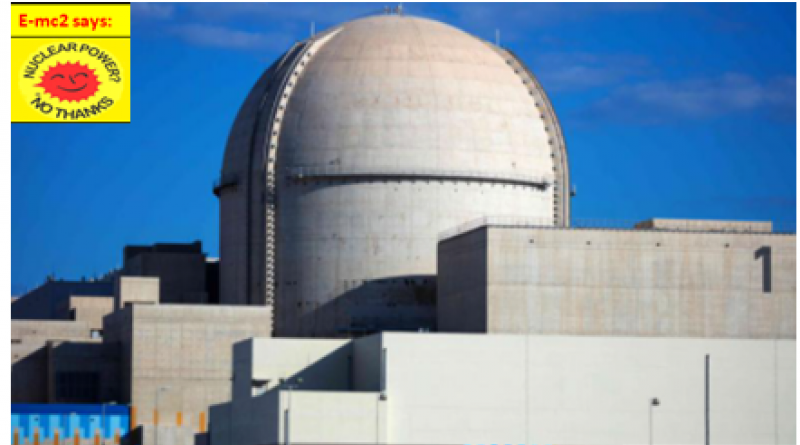 Prospects for nuclear power in rest of region remain uncertain

The start of commercial operations from the first 1.4GW reactor at Barakah plant represents important progress for the $25bn project, with the first reactor originally due to have come online in 2017. Delays with the project are unsurprising to most in the energy sector, with the vast majority of operational nuclear power plants across the world having been commissioned behind schedule due to the protracted regulatory and approval processes.

When fully commissioned, the plant will be able to provide up to 25 per cent of the UAE’s energy needs and forms a key part of the UAE’s ambitious goals to reduce carbon emissions by 2050. Due to its low carbon footprint and ability to provide significant baseload capacity to support the development of intermittent renewable energy, nuclear power has many notable supporters such as Bill Gates.

With the UAE set to receive electricity from the nuclear plant for at least the next 60 years, an intriguing question is whether the plant will spur on the development of more nuclear power plants across the Middle East and North Africa region.

Egypt is the only other Arab country that has managed to successfully tender and award contracts for a nuclear power plant.

Pre-construction work is already underway for the 4.8GW El-Dabaa nuclear power project. Cairo signed an agreement with Russia’s Rosatom to construct and operate the El-Dabaa project in November 2015, with the deal covering the development of a 4,800MW plant consisting of four 1,200MW reactors.

The project is being largely funded by a government-to-government loan from Russia’s Finance Ministry, which will provide a $25bn loan to cover 85 per cent of the construction costs for the scheme. The Egyptian government will finance the remaining 15 per cent capital cost of the plant.

Prospects for further development of nuclear power across the region are uncertain. While, Jordan, Morocco, Algeria and Tunisia have all previously expressed a desire to at least consider the technology, little progress has been made.

The Fukushima nuclear plant accident in 2011 led to a number of countries across the world deciding to either decommission nuclear power plants at some point or shelve plans for future schemes.

Germany provided one of the most high profile cases internationally – with Angela Merkel’s government deciding to close eight nuclear power plants and phase out the technology in the wake of the Fukushima disaster. In the Middle East, Kuwait, Oman and Qatar all shelved or cancelled plans following the disaster. Kuwait, however, has apparently been open to reconsidering the fuel in the years since.

While the majority of countries in the region remained open to developing nuclear power after 2011, the vast cost of the technology has prevented most plans leading to projects.

Jordan had the most advanced plans for a nuclear power plant which had to be shelved due to the significant financial undertaking required. Having selected Russia’s Rosatom in 2015 to build its first nuclear power plant, plans for the $10bn project were cancelled in 2018 following financial feasibility studies.

Saudi Arabia is the Mena market with the most ambitious nuclear energy plans – which include conventional plants, small modular reactor (Smart) projects and uranium mining.

The majority of capacity is planned to be constructed through conventional nuclear power plants, with a two-reactor 2.8GW plant the first proposed scheme.

In 2018, Saudi Arabia revealed that a handful of international nuclear companies had been shortlisted to participate in the tender for the first project, which is likely to be located at one of two shortlisted sites at Umm Huwayd and Khor Duweihin.

The kingdom is also planning to press ahead with plans to develop a number of smaller system-integrated modular advanced reactor technology (Smart) nuclear projects. Riyadh signed a memorandum of understanding (MoU) with South Korea in November 2016 to develop the technology, with each reactor expected to have a capacity of about 100MW.

Saudi Arabia is also planning the largest renewable energy programme in the region – with Riyadh targeting the development of more than 58GW of solar and wind projects over the next decade. While progress is being made awarding contracts for renewables projects, the word’s largest nuclear energy providers will keeping a close eye on whether it follows suit with its nuclear plans.