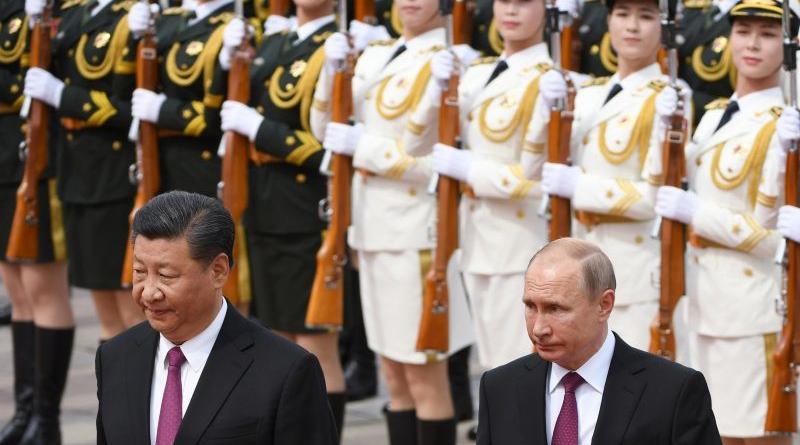 The US president’s gambit to make the Paris Agreement collapse failed. Now China and Russia are taking advantage of the power vacuum left by the US to shape the accord’s rules – and show no signs of wavering on commitments.

In June 2017, when Donald Trump announced he would be taking the United States out of the Paris Climate Agreement, all eyes turned to Beijing.

Historically, UN climate negotiations were made or broken – usually broken – by the Washington-Beijing power dynamic. Both refused to move unless the other did. George W. Bush refused to ratify the 1997 Kyoto Protocol because China hadn’t signed up to obligations, and in 2009 negotiations for a new climate accord in Copenhagen collapsed amid mutual distrust between China and America.

When both Beijing and Washington signed up to the Paris Climate Accord in 2015, it was considered nothing short of a diplomatic miracle.

So when Trump pulled the US out two years later, it was expected China might follow suit citing the unfairness of having its economic development held back while the US, its biggest economic competitor, remained unconstrained.

But 2017 didn’t play out like those previous years had. Rather than pulling out of the agreement in response to Trump’s announcement, China doubled down on its commitments. Shortly afterwards, China’s Special Representative on Climate Change, Xie Zhenhua, travelled to Brussels to hold asummit with the European Union and Canada to announce his country’s determination to stay in the accord.

The Paris Agreement is “very effective and efficient”, Xie Zhenhua said in Brussels, and he called on all parties to the Paris deal to decide “how we should combine climate actions with economic growth, the protection of people and job creation.” China is currently rolling out a national emissions cap-and-trade scheme to lower its emissions.

Russia, another heavy emitter which was closely watched following Trump’s announcement, did not follow America’s lead either. The country has implemented legislation on reducing gas flaring as well as new energy efficiency measures. It has continued to implement its 2009 Climate Doctrine setting out a strategy to meet its Paris agreement commitments.

That Beijing and Moscow did not waver in the face of US inaction was partly due to the intensive diplomatic efforts of the European Union and its climate commissioner Miguel Arias Cañete, who worked the phones overtime to ensure that all the BRICS – including India, Brazil and South Africa – remained committed to the accord.

“With the collapse of ambition in the United States, Europe will ensure we make our planet great again,” he said at the tripartite Brussels summit. “Our ambitious climate policy agenda has the most important backing of all.”

And although he flirted with the idea of leaving the climate accord during his campaign, Brazil’s new president Jair Bolsonaro has backed away from that threat since being elected.

China and Russia in UN climate

So what has Beijing and Moscow’s role been in the UN climate negotiations now that the world’s biggest historical emitter has pulled out? To understand this, it’s important to note that the United States hasn’t actually left the climate accord yet.

Under the terms of the agreement, a country cannot leave until two years after it has taken effect, which means the US can’t leave until November 2020 – coincidentally just a few days after the next American presidential election.

In the meantime, US state department officials have sought to have a full role in negotiations on the accord’s rule book, which has prompted speculation that the US doesn’t actually intend to pull out at all.

Negotiators from the other major emitters like China and Russia have seen an opportunity to shape the rulebook for a system which will govern the world’s future energy regime without American influence, and there has been some complaining about the US trying to still influence an accord it says it will withdraw from.

Historically, China has sough to ensure that developing countries are treated differently than developed countries in these regimes. But recently Beijing has signalled it may no longer be bound by this “common but differentiated responsibilities” approach, and is ready to take on a greater share of responsibilities.

A compromise floated by the EU, backed by the US, which would see a flexible system that gives poorer countries time to comply with a set of rules, has been tentatively accepted by China. This is just one of the recent steps China has taken which have seen it play a more cooperative role in the UN climate negotiations than previously.

Meanwhile, Russia remains one of the few countries who have signed the Paris Agreement, but not ratified it. It is unclear what is causing the delay, but in April Deputy Prime Minister Alexey Gordeev said ratification would be concluded by the end of the year.

The delay does not represent any reservations about the accord, he said, calling it a “sustainable international legal base” for long-term climate regulation. The country has set a goal of keeping greenhouse gas emissions at the same level for the next 35 years.

As countries prepare for this year’s UN climate summit in Chile in December, China and other major emitters will continue to be watched for any sign of wavering on commitment to the deal. So far, that has not been seen, which may convince the Trump Administration to find a face-saving way to stay in the deal.

How China is Looking to Create The Next Green Wave.