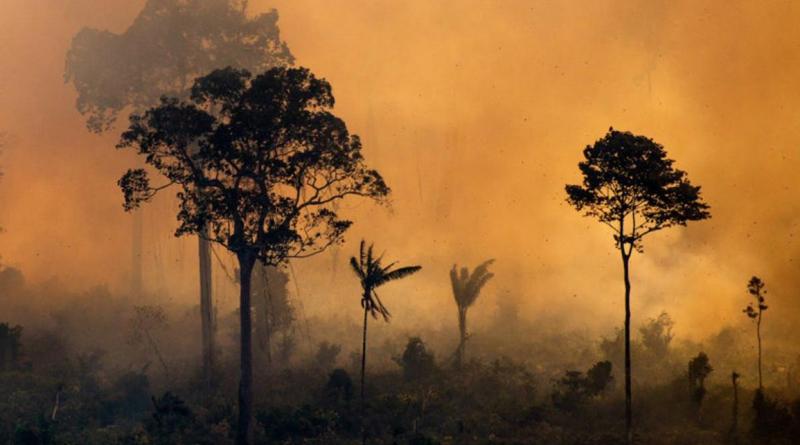 Tropical forests are guardians against runaway climate change, but their ability to remove carbon dioxide from the atmosphere is wearing down. The Amazon, which accounts for more than half of the world's rainforest cover, is on the verge of turning into a carbon source.

Overall, forests remain a carbon sink, stashing away 7.6 billion metric tons of carbon dioxide every year, according to a recent study published in Nature Climate Change. But in the last 20 years alone, forests in Southeast Asia, particularly Indonesia and Malaysia, have turned into net emitters of carbon, thanks to the spread of plantations, raging fires, and loss of peatlands.

Spread across 5.5 million square kilometers (2.1 million square miles) in nine countries in South America, the Amazon is still sucking out carbon from the air — but only just.

Most of the Amazon lies in Brazil, and between 2001 and 2019 the Brazilian Amazon acted as a net emitter of carbon, the study found.

Since Jair Bolsonaro became president at the start of 2019, Brazil has seen increased deforestation through clearing land for cattle pastures and through fires. The 2019 fire season raised concerns across the world about the health of the forests in Brazil, but deforestation has been steadily eating away into its green cover for years.

Of the three great swaths of tropical rainforest left on Earth, only those of the Congo Basin still stand strong.

Tropical forests grow quickly and absorb the most carbon of any type of forest. During photosynthesis, they use carbon dioxide to produce energy and biomass. Because trees lock away carbon dioxide, when forests are destroyed, not only is this vital function lost, but the stored carbon is released back into the atmosphere.

Forests are considered a carbon sink when they absorb more carbon dioxide than is released through land-use changes and forest destruction.

A 2020 study predicted the Amazon would turn into a carbon source in the next 15 years.

What is especially worrying is the loss of pristine swaths of forests that have kept carbon out of the atmosphere for decades, if not centuries. Madagascar, the world's oldest island, has lost nearly 90% of its natural forests in four decades. Since the turn of the century, unlike many African countries, it has turned into a carbon source, according to the analysis.

"Unlike secondary forests or fast-rotation pine or eucalyptus plantations, harvesting in old-growth forests releases CO2 that has taken centuries to accumulate — carbon that, once lost, is irrecoverable in our lifetime," the paper's authors write.

Forests lapsing into net producers of carbon emissions is terrible news for the planet, but it is also bad news for the forests themselves. Climate change is known to contribute to intense fire seasons and prolonged droughts that can prove fatal to trees.

One bright spot in the analysis is that more than a quarter of greenhouse gas removal occurred in forests in protected areas. The authors cite the example of the Menkragnotí Indigenous Territory in Brazil, where forests continue to absorb emissions equal to those from 2 million cars every year — even though surrounding forests have turned into net carbon sources. The researchers say mining activities, cattle ranching, and soy cultivation are to blame.

The research also represents an advancement in carbon accounting. The conventional method is to rely on data from individual countries. The new approach combines satellite data with ground measurements and presents a more refined picture. It evens out calculations on different scales, making it possible to estimate emissions and removals for small forest patches as well as countries and continents.