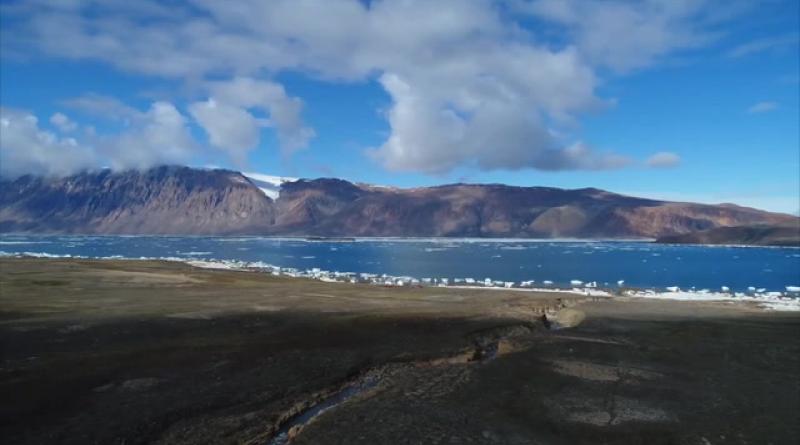 Conservation groups say it is a last-minute push by the Trump administration to help secure drilling rights for oil companies before the president leaves office in two weeks.

The Trump administration will plow ahead on Wednesday with an auction of drilling leases in the pristine Arctic National Wildlife Refuge (ANWR) after a judge in Alaska blocked conservationists’ attempt to stop the sale.

In an 11th hour decision on Tuesday, US District Judge Sharon Gleason found in favour of the federal government and against environmental groups who had requested a preliminary injunction, saying the sale would lead to “irreparable harm" in the wilderness area.

The decision is a victory for the outgoing administration which has been racing to complete rollbacks of climate and environmental protections, a hallmark of Mr Trump’s time in office.

The Bureau of Land Management (BLM) will open online bids for the oil and gas rights at 10am Wednesday, Anchorage time.

A spokesman for the Department of Interior which oversees BLM, said: “The decision was expected and unsurprising. The Department of the Interior looks forward to proceeding with appropriate dispatch to achieve the clear direction it received from Congress in 2017.”

It is unclear who will come forward to bid on leases given the economic climate caused by the pandemic, the shifting politics in DC and mounting public resistance. Six major US banks have ruled out financing drilling in the Arctic region, including the ANWR.

Kristen Monsell, an attorney with Center for Biological Diversity, one of the groups bringing the lawsuit, told The Independent: “We’re disappointed, but we’ll keep fighting to protect this Arctic jewel and the polar bears, caribou and other amazing wildlife that call it home. We won’t let the Arctic Refuge be turned into an oil field.

"We’re hopeful the Biden administration will cancel any leases the Trump administration may issue. The record of decision on which those leases would be based is an unlawful product of a rushed, reckless process.”

President-elect Joe Biden, who will be inaugurated on 20 January, has said he is against drilling in the Arctic refuge. However it will be extremely difficult for his administration to reverse formally-issued oil leases.

The Bureau of Land Management has offered 10-year leases on 22 tracts covering about 1,563 square miles (4,048 square kilometers) in the coastal plain, which accounts for about 5 per cent of the refuge's area.

The Arctic wildlife refuge is a breeding ground for endangered polar bears and home to grey wolves, musk oxen and caribou, along with migratory birds from around the world.

The indigenous Gwich’in people have cited concerns for the porcupine caribou herd on which they have relied for subsistence. The Gwich’in Steering Committee have been battling to protect the region from oil and gas companies for decades.

Conservation groups described the sale as a last-minute push by the administration to help secure drilling rights for oil companies before Mr Trump leaves office in two weeks.

Legal action was brought by the National Audubon Society, Center for Biological Diversity, Friends of the Earth, and Natural Resources Defense Council, and represented by environmental attorneys with Earthjustice.

Kate Glover, staff attorney with Earthjustice, said during an online court hearing on Monday that drilling in the ANWR would cause “irreparable harm”, citing seismic activity and tracks which would blight the land.

Federal attorneys defended Interior Secretary David Bernhardt, the Bureau of Land Management, the U.S. Fish and Wildlife Service and others that intervened in the case, including the Alaska Oil and Gas Association.

“There is great interest in controversy over the ANWR drilling program,” one government lawyer said.

He called the environmentalists’ argument “hypothetical and speculative”, adding that issuing leases did not mean that environmental harm was imminent in the ANWR.

Ms Glover responded that the harm is done when BLM commits to issuing a lease and that those decisions are hard to undo, highlighting the agency’s rush to complete the lease sales since Mr Trump lost the election.

The case is one of four lawsuits from conservationists, Alaska tribal entities and 15 state governments. The lawsuits seek to halt drilling in the refuge after the Republican-led Congress in 2017 approved the lease sale.

Monday’s arguments only covered the potential issuing of leases.

This article has been updated to include comments. AP contributed to this report