Airlines want you to think they’re serious about the climate crisis. They’re not. 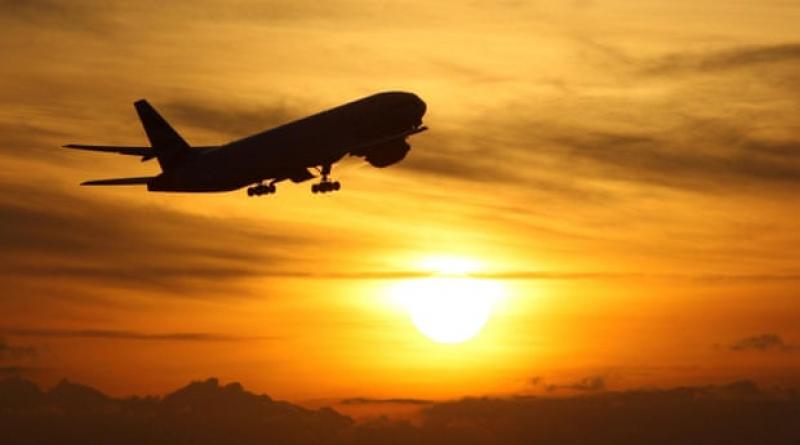 As environmentally conscious holidaymakers, inspired by Greta Thunberg’s Atlantic boat crossing, begin to book their no-fly Easter breaks, there are already signs that the aviation industry is feeling the pinch. In Sweden – home of the “flight shame” concept – there was an unprecedented 9% fall in domestic flights and a 4% drop overall in 2019.

Today, in a bid to clean up their image, a coalition of airlines, airports and manufacturers called Sustainable Aviation has announced a 2050 net-zero carbon emissions pledge. In an effort to reach this target, the coalition is proposing that a third of the reduction in net emissions will come from carbon offsetting. This is the idea that emissions released from a flight can be balanced out by funding new renewable energy projects or planting trees.

If it all sounds too good to be true, it is. Offsetting’s real power is to provide not a climate solution, but a social licence to continue with business as usual. In this case, it provides airlines with an excuse to plan for a 70% increase in passenger numbers. While offsetting may pay for things that have value in themselves (I’m all for planting trees, or installing solar power in the global south), it works against the essential imperative of the climate emergency: that emissions, and therefore the number of flights, must fall.

The validity of offsetting rests on the claim that if we remove an amount of carbon from the atmosphere equivalent to that previously released, then the resulting change in atmospheric carbon is zero. But there’s no magic technology that can instantly draw carbon out of the atmosphere and then store it safely, securely and indefinitely.

In the archetypal offsetting case, tree planting, the process takes decades (if it works at all – many trees never make it to maturity). The carbon initially released will trap heat over that extended period before it is reabsorbed – contributing to higher temperatures.

A small rise in temperature can create positive feedback loops, leading to an event that creates an even bigger rise. In the Arctic, melting ice caps contain pockets of greenhouse gases. When the ice melts as a result of rising temperatures, these gases are released, causing even more warming. “Carbon neutral” never sounded so unappealing.

Time matters, and we have very little of it left. Those dressing up a process that (at best) aims to remove, years from now, carbon emitted today as a climate solution either don’t understand the science, or don’t want you to.

Even if we did have magic carbon capture technology, offsetting would still rest on a key deceit – that we can trade one essential action to tackle climate change for another. The spectacularly grave nature of the climate emergency means that we must both rapidly cut carbon emissions and rapidly increase carbon drawdown. Yet offsetting cunningly offers us a pass on the former if we chuck cash at the latter.

Real solutions are available, even if you won’t find them in the airline chiefs’ pitch. First, we could replace air passenger duty with a policy that targets frequent fliers. Fifteen per cent of the UK’s population accounts for 70% of all flights (and half the country doesn’t fly at all in a given year). We could allow everyone a single tax-free flight a year, before taxing subsequent flights at a rising rate. This could reduce demand for flying without penalising the annual family holiday in the sun – instead making it very expensive to fly out for the weekend to the second home in Tuscany for the sixth time that year. The government’s recent promise to FlyBe to review air passenger duty should have been the trigger to adopt this.

Second, you could lobby your employer to sign up to Climate Perks – a scheme that offers employees two paid “journey days” each year (in addition to annual leave) only if they choose to swap the plane for the train for holiday travel. More than 40 employers have signed up since its autumn launch – giving staff time to experiment with overland (or sea) travel, and take advantage of a renaissance in long-distance and overnight train travel in Europe.

Finally, what of those flights that truly can’t be avoided? Perhaps a good faith approach for the industry would be to offer a “climate damages” scheme to passengers. Instead of pretending the damage done by carbon emissions can be neutralised, it could instead transfer funds to communities suffering climate impacts – predominantly in the global south – precisely in recognition of their now-increased vulnerability. This wouldn’t be unproblematic, but it would force to the surface a basic truth: carbon equals consequences. Always.

*Title photo: ‘Those dressing up a process that (at best) aims to remove, years from now, carbon emitted today as a climate solution either don’t understand the science, or don’t want you to.’ Photograph: Steve Parsons/PA