Africa: Millions of New Poor Are On the Way - Who Cares? 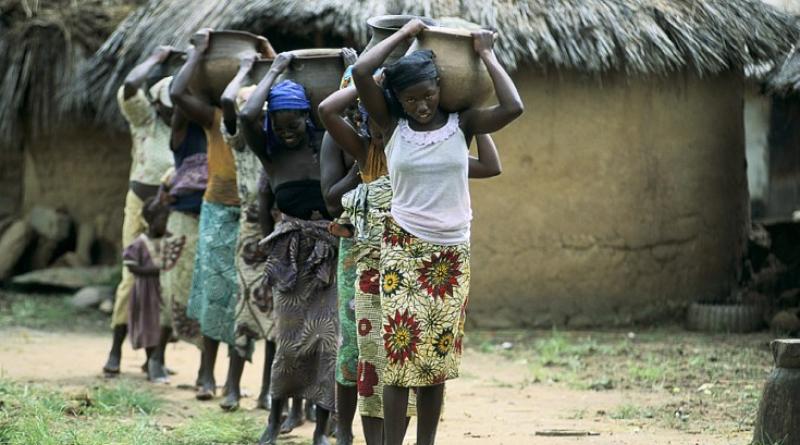 Rome — The recent meeting of the G20 - scheduled to take place in Riyadh but held virtually due to the Coronavirus pandemic - has been an eloquent example of how the world is drifting, in a crisis of leadership.

It was, in a sense, a showcase. Everybody had to accept the view that the host of the meeting, the ailing King Salman of Saudi Arabia, was accompanied on TV screens by his apparent heir, Prince Mohamed bin Salman, who is clearly the mastermind of the brutal assassination, dismembering and disappearance of the body of dissident Saudi journalist Jamal Khashoggi.

Raison d'état, realpolitik, diplomatic constraints have always been part of history. The fact that the G20 was virtual, can partly hide a fact: that politicians now accept the most preposterous statements without blinking, because everything has become acceptable and legitimate. In Saudi Arabia, Prince bin Salman is highly popular and in the US, those who live in the parallel world of Trumpland follow blindly.

Biden will have a very difficult life. At least one-third of Americans believe that a massive fraud has deprived their idol of the presidency. He has a Supreme Court staffed by his nominee. And unless the Democrats win the two seats for the Senate in Georgia on January 5th, it will remain in the hands of Mitch McConnell, who will block every single Biden project that needs Senate approval.

Add to this a Trump permanent electoral campaign during the next four years, probably with his own TV channel, and it is difficult to predict that Biden's vice-president, a woman and black, will repeat his feat in 2024.

There are plenty of solutions if there was only political will. For instance, Oxfam estimates that just an increase of 0.5% over ten years on the taxes paid by 1% of the richest (a negligible increase) would suffice to create 117 million jobs in strategic sectors like health, education, and assistance to the elderly

I apologise for this diversion. The real goal of this article is to show the stunning lack of responsibility of the leaders who met virtually, and besides making totally ritual declarations about the pandemic and climate change, when faced with the issue of the impact of Covid-19 on the poor of the world, simply decided to extend the moratorium on the interest of the external debt of the poorest countries for another year. This is a debt which, in many cases, has been amply repaid with the payment of cumulative interests.

Now, it is certainly difficult to believe that the leaders of France, Germany, Italy, Japan, Russia, the UK, India, China and Canada, and the President of the European Council, and the President of the European Union - leaving aside the United States - ignore the impacting data on the increase of poverty provided by all the international organisations.

The creation of the G7 and the G20 has been the most visible attempt of the great powers to displace substantial debates and decisions from the United Nations. It was certainly not due to lack of information that they ignored the appeal of the Secretary General of the United Nations, António Guterres, who implored action in his intervention against the unfolding drama of the poor of all over the world, which is nullifying all progress achieved in the last two decades.

The data that the G20 ignored all converge on two conclusions: the impact of the Covid-19 virus is stronger than expected, and it will bring about a global social imbalance that will have a lasting impact on several millions of people - in fact, about 300 million people.

Let us not forget that half of the world's population - 3.2 billion people - live on less than 5.50 dollars a day. These are in the global South, as well as those in rich countries who are close to the conditions of the poor countries. The scale of this condition is much greater than we normally think. In the United States, according to the US Census Bureau, 11.1% of the population (49 million people) can be classified as poor; but Covid-19 will probably add another 8 million people.

A staggering 16.1 million children live in food precarity, while more than 47 million citizens depend on food banks. The National Center on Family Homelessness estimates that in 2013, 2.5 million US children experienced some form of homelessness. Finally, the US Health Affairs journal affirms that in 2016, the United States had the largest rate of children mortality in the 20 countries belonging to the OECD, while according to the US Census Bureau, life expectation has shrunk by three years.

We do not have estimates of the impact of Covid-19 in Europe, but the European Union estimates that poverty may increase by 47% if the pandemic lasts until next summer. This excludes the impact of the expected third wave in the winter of 2021. Caritas Italy estimates that at the end of the year there will be at least one million more poor children.

The leaders of the G20 cannot ignore that in April UNCTAD issued an alert: we need to find at least 2.5 billion dollars to attenuate the coming social crisis. They cannot ignore that the ILO has stated that in the poorest countries of the world, like Haiti, Ethiopia or Malawi, the average income of informal workers has fallen by 82%.

They cannot ignore the political consequences of this social crisis, and how Covid-19 is putting a brake on the world economy. But the poor, for many reasons, is not a priority in political choices. Suffice it to note that in the EU's unprecedented and brilliant Recovery Plan for Europe there are no special provisions for the poor. They are part of the general population, and of those who have suffered because of Covid-19: people working in the tourism sector, in restaurants bar, in shops, and so on.

Yet, we have all the data to know that they suffer specific problems, problems that differ from those of who have lost their jobs. Structural poverty is a cage which does not let out those who are inside it. We have no space here to analyse why poverty needs a specific action. There are tons of studies on the subject, on the relations between poverty and education, poverty and democracy, poverty and social movements, and the list goes on.

What we want to stress is that there are plenty of solutions if there was only political will. For instance, Oxfam estimates that just an increase of 0.5% over ten years on the taxes paid by 1% of the richest (a negligible increase) would suffice to create 117 million jobs in strategic sectors like health, education, and assistance to the elderly.

Repatriating 10% of the capital hidden in fiscal paradises would obtain the same result. But we have been following Ronald Reagan's mantra that the poor bring poverty and the rich bring wealth, so the rich should be left to create wealth. This may seem like a joke, but the OECD indicates that the average taxation on companies fell from 28% in 2000 to 20.6% in 2020.

This occurred despite the rise of the wealth of large companies, which has been accompanied by a notable decline of the middle class, not to speak of workers and the proliferation of precarious and informal jobs. According to the Washington-based Institute for Policy Studies, between March 18 and June 4, the wealth of the richest Americans increased by 19.1% - a monumental 565 million dollars. Now, the richest Americans own 3.5 billion dollars.

Just 10% of that would be enough to bail out the 46.2 million fellow citizens who ask for unemployment subsidies. Another solution would be to reduce subsidies to the fossil industry, which the International Institute for Renewable Energy estimates at 3.1 trillion dollars - 19 times those for renewables - in spite of the imminent climatic tragedy.

The same imbalance is happening with the pandemic. It is clear that until vaccination becomes universal, Covid-19 is here to stay. It recognises no borders and global problems cannot have an assorted collection of local answers.

Yet, to date, pharmaceutical companies have received 13.1 billion dollars to develop a vaccine: a fantastic business, as they will now make more money on the market, with their costs already having been paid by governments. A central discussion would be whether markets should make profit on common goods like water, air and humans, but we have no space for this debate.

This aside, the situation today is that again according to Oxfam, the rich countries have 13.5%of the world population, Yet they have bought in advance 51% of the doses that pharmaceutical companies will produce - in 2021, 86.5 % of the world will have to make do with the remaining 49%. A consortium of public and private enterprises, COVAX, has been established to deal with the most fragile parts of the world population. Over 185 countries are involved, but it is still very far from gathering the necessary funds.

What is the lesson we can draw from this incomplete analysis? That we are far from having a political class able to face global issues. On the contrary, nationalism and xenophobia are on their way back. The attitude of nationalist leaders to Covid-19 has been similar to that for the threat of climate change: it is a left-wing idea from globalists. So, wearing a mask has become a political declaration.

Trump lost re-election in a great measure due to his attitude on the virus. We can only have a dim hope that this lesson will have some impact. When it comes to the poor, the terms social justice and solidarity are out of fashion, but we are creating imbalances and tensions that we will probably pay dearly for. The French Revolution was not done by a political party, but by an impoverished Third State, or the poor, who revolted against the nobility and the clergy. That is a lesson that the richest 1% would do well not to forget.

Publisher of OtherNews, Italian-Argentine Roberto Savio is an economist, journalist, communication expert, political commentator, activist for social and climate justice and advocate of an anti-neoliberal global governance. Director for international relations of the European Center for Peace and Development. Adviser to INPS-IDN and to the Global Cooperation Council. He is co-founder of Inter Press Service (IPS) news agency and its President Emeritus.

Read the original article on IPS.