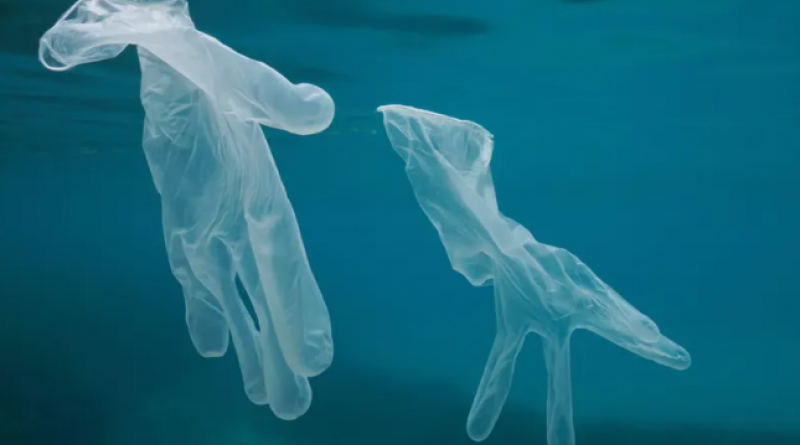 Plastic waste from the Covid-19 pandemic weighing 25,900 tonnes, equivalent to more than 2,000 double decker buses, has leaked into the ocean, research has revealed.

The mismanaged plastic waste, consisting of personal protective equipment such as masks and gloves, vastly exceeded the capability of countries to process it properly, researchers said.

Since the beginning of the pandemic, an estimated 8.4m tonnes of plastic waste has been generated from 193 countries, according to the report, published on Monday.

“The Covid-19 pandemic has led to an increased demand for single-use plastics that intensifies pressure on an already out-of-control global plastic waste problem,” said Yiming Peng and Peipei Wu from Nanjing University, the authors of Magnitude and impact of pandemic-associated plastic waste published in the online journal PNAS.

“The released plastics can be transported over long distances in the ocean, encounter marine wildlife, and potentially lead to injury or even death,” they added.

A study in March presented the first case of a fish entrapped in a medical glove, encountered during a canal cleanup in Leiden, the Netherlands. In Brazil a PFF-2 protective mask was found in the stomach of a dead Magellanic penguin.

The scientists predicted that by the end of the century almost all pandemic-associated plastics will end up on either the seabed or on beaches.

The Chinese study found that 46% of the mismanaged plastic waste came from Asia, due to the high level of mask-wearing by individuals there, followed by Europe, 24%, and North and South America, 22%.

Discarded masks infecting oceans as side effect of Covid pandemic.

Five things you should know about disposable masks and plastic pollution.