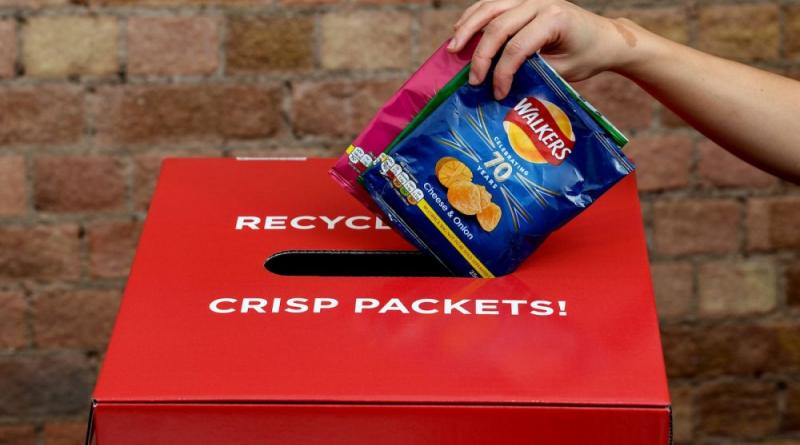 After numerous complaints, Walkers has announced that in the 3 months since they launched the initiative they have recycled over 500,000 crisp packets.

There are over 8,500 collection points across the UK and the scheme is not limited to just Walkers Crisps, it accepts any brand.

Once collected, packets are washed, shredded and then turned into plastic pellets that are used to make everyday items such as outdoor furniture, flooring and roofing.

Fernando Kahane, Walkers’ Marketing Director, said: “We want to say a huge thank you to everyone who’s supported this scheme already. “It’s fantastic that so many people have got involved - and we’re doing our bit too - we’ve already collected over 9,000 packets in our office.

The scheme has been supported by Brand Ambassador Gary Lineker and Environment Secretary Michael Gove and is now the largest recycling scheme of its type in the UK.

Fernando Kahane added: “Today, we’re reminding people to keep sending in their packets and earn money for local good causes. Meanwhile, we continue to work towards our target of making all our packaging 100% recyclable, compostable or biodegradable by 2025.”

Sue Welfare, a recycler based in West Sussex, sent over 50,000 crisp packets to the recycling point, collected from local businesses and community centres.

Despite so many empty packets being returned, many campaigners are saying this is just a ‘drop in the ocean’ compared to the amount of packets Walkers roll out each day, with campaign Group 38 Degrees reporting that they are producing 7,000 crisp packets every minute.

The snack food manufacturer has said that by 2025, all of their crisp packets will be 100 per cent recyclable, but with the large scale manufacturing process they are currently implementing, this may not be enough to reduce their plastic pollution.