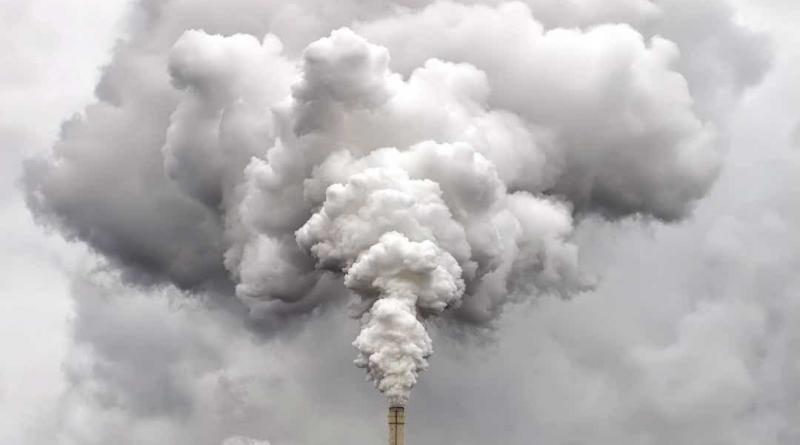 The coronavirus lockdowns have had an “extreme” effect on daily carbon emissions, causing a whopping 17% drop globally during peak confinement measures by early April – levels last seen in 2006.

However, it is unlikely to last, according to a new analysis by an international team of scientists, who said the brief pollution break will likely be “a drop in the ocean” when it comes to climate change.

This is the first analysis to measure the pandemic-driven global drop in carbon dioxide (CO2) emissions from January to April of this year.

Carbon dioxide, emitted from burning fossil fuels such as oil, gas and and coal, is the greenhouse gas that's most responsible for global warming. It stays in the atmosphere about a century before dissipating.

While the impact of lockdown measures is likely to lead to the largest annual decrease in emissions since the end of World War II, 2020 is still on track to be one of the five hottest years on record, and the study notes that these reductions are no “silver lining.”

The study was published in the peer-reviewed British journal Nature Climate Change.

The worldwide travel restrictions and numerous lockdowns instituted to combat the spread of COVID-19 have massively reduced greenhouse gas emissions, contributing to cleaner skies -- even in some of the most polluted cities on Earth. The planet seems to be getting a much needed break amid a worrying climate change trend. Oceans are hotter than ever, the average global temperature has never been higher, and heatwaves are triggering unprecedented numbers of wildfires in regions such as the Arctic Circle, which includes Alaska. Some states have taken steps to address climate change and protect the environment compared to the country as a whole. 24/7 Tempo created an index of air pollution levels, state energy generation and efficiency policy, and employment in green jobs to identify the 20 most eco-friendly states. Environmentally-friendly states enact more aggressive local restrictions on energy use for their businesses and transportation systems; they use more renewable energy sources and less fossil fuels; and they generally have less pollution. Some 23 states and the District of Columbia have set their own greenhouse gas targets to reduce emissions in line with the Paris Agreement, an international landmark deal aiming to keep the increase in global average temperature to below 2°C, or 3.6 degrees Fahrenheit, above pre-industrial levels. The burning of fossil fuels is one of the primary contributors to not just of greenhouse gas emissions, but also other forms of air pollution and environmental harm. While some U.S. states generate over 90% of electricity by burning coal, oil, or natural gas, other states’ electricity generation is mostly from renewable sources. PM2.5 is shorthand for particulate matter that is 2.5 micrometers in diameter or smaller and that can be inhaled by humans and animals. These fine particles are produced by the burning of fuel in car engines, factories, domestic heating or by chemical reactions that take place in the atmosphere. The 24-hour concentration of PM2.5, the most harmful type of air pollution, is considered unhealthy when it rises above 35.4 μg/m3, but the annual average should not come out to more than 12 μg/m3.

Professor Corinne Le Quéré of the University of East Anglia in the U.K. led the analysis. She said “population confinement has led to drastic changes in energy use and CO2 emissions. These extreme decreases are likely to be temporary though, as they do not reflect structural changes in the economic, transport or energy systems."

“The extent to which world leaders consider climate change when planning their economic responses post-COVID-19 will influence the global CO2 emissions paths for decades to come," she said.

For a week in April, the United States cut its carbon dioxide levels by about one-third. China, the world’s biggest emitter of heat-trapping gases, sliced its carbon pollution by nearly a quarter in February. India and Europe cut emissions by 26% and 27% respectively.

This annual drop is comparable to the amount of annual emission reductions needed year-on-year across decades to achieve the climate objectives of the U.N. Paris Agreement.

Study co-author Rob Jackson of Stanford University said: "The drop in emissions is substantial but illustrates the challenge of reaching our Paris climate commitments. We need systemic change through green energy and electric cars, not temporary reductions from enforced behavior."

Outside experts praised the study as the most comprehensive yet, saying it shows how much effort is needed to prevent dangerous levels of further global warming.

Extreme heat: Unsuitable for 'human life to flourish': Up to 3B will live in extreme heat by 2070, study warns

Some of the report's key findings include:

•    The estimated total change in emissions from the pandemic amounted to 1,048 million tonnes of carbon dioxide through the end of April. The largest decrease in emissions occurred in China, followed by the U.S., Europe and India.

•    In the U.S., California and Washington saw the biggest decline in emissions.

•    Emissions from surface transport, such as car journeys, accounted for almost half (43%) of the decrease in global emissions during peak confinement on April 7.

•    Pollution levels are heading back up – and for the year will end up 4% to 7% lower than 2019 levels, depending on the duration of the lockdown and the extent of the recovery.

Drop in pollution may bring hotter weather and heavier monsoons.