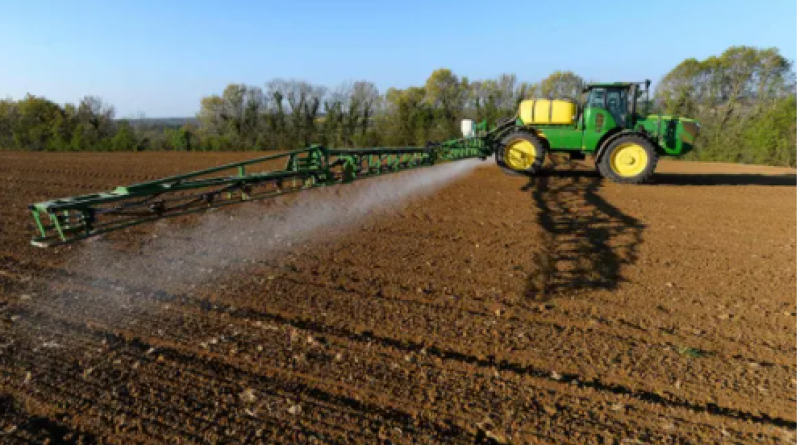 Soils provide 95% of all food but are damaged by industrial, farming, mining and urban pollution.

The world’s soils, which provide 95% of humanity’s food, are “under great pressure”, according to a UN report on soil pollution.

Soils are also the largest active store of carbon, after the oceans, and therefore crucial in fighting the climate crisis. But the report said industrial pollution, mining, farming and poor waste management are poisoning soils, with the “polluter pays” principle absent in many countries.

Pollutants include metals, cyanides, DDT and other pesticides, and long-lasting organic chemicals such as PCBs, the report said, making food and water unsafe, cutting the productivity of fields and harming wildlife. However, it said most releases of pollutants that end up in soils are not easily quantified and therefore the true damage remains highly uncertain.

The global production of industrial chemicals each year has doubled since 2000 to 2.3bn tonnes, the report said, and is projected to nearly double again by 2030, meaning soil pollution is expected to increase further. The UN also warns of emerging contaminants including pharmaceuticals, antimicrobials that lead to drug-resistant bacteria, and plastics.

“Global soils are under great pressure,” said Qu Dongyu, head of the UN food and agriculture organisation. “This thin crust of the Earth’s surface, the soil, supports all terrestrial life and is involved in many key ecosystem services that are essential to the environment and to human health and wellbeing.”

Inger Andersen, head of the UN environment programme (Unep), said: “Soil pollution may be invisible to human eyes but it compromises the food we eat, the water we drink and the air we breathe. Pollution knows no borders – contaminants move through soil, air and water.

“It is time to reconnect with our soils, as it is where our food begins,” she said. “Soil pollution should no longer be a hidden reality. Let us all be part of the solution to soil pollution.”

The future for soils looks “bleak” and their state is as at least as important as the climate emergency and the destruction of the natural world above ground, according to the scientists behind another UN report on soil biodiversity, published in December. Since the Industrial Revolution, about 135bn tonnes of soil has been lost from farmland and, given that it takes thousands of years for soils to form, urgent protection and restoration of the soils that remain is needed, the scientists said.

The new UN report concludes: “Soil contaminants can have irreparable consequences on human and ecosystem health.” The biggest source of soil pollution varies by region, it found. The biggest problem is industrial pollution in western Europe and North America, farming in Asia, Latin America and eastern Europe, and mining in sub-Saharan Africa. In north Africa and the near east, urban pollution is the biggest single source of contamination.

“The fundamental step of identifying the party liable for the pollution is still lacking in many states,” the report said. “Soil pollution is expected to increase unless there is a rapid shift in production and consumption patterns and a political commitment towards a real sustainable management where nature is fully respected.”

“Greater political, business, and social commitment is needed to seek alternatives to the use of highly toxic contaminants and to increase investment in research, prevention and remediation,” the report said, noting that cleanups after pollution occurs can cost hundreds of millions of dollars. The world’s soils are also being damaged by other factors including erosion, acidification, salt contamination and compaction.

A 2017 report found that a third of the planet’s land is severely degraded and that fertile soil was being lost at the rate of 24bn tonnes a year. The UK’s environment secretary said in 2017 that the country was 30 to 40 years away from “the fundamental eradication of soil fertility” in places.