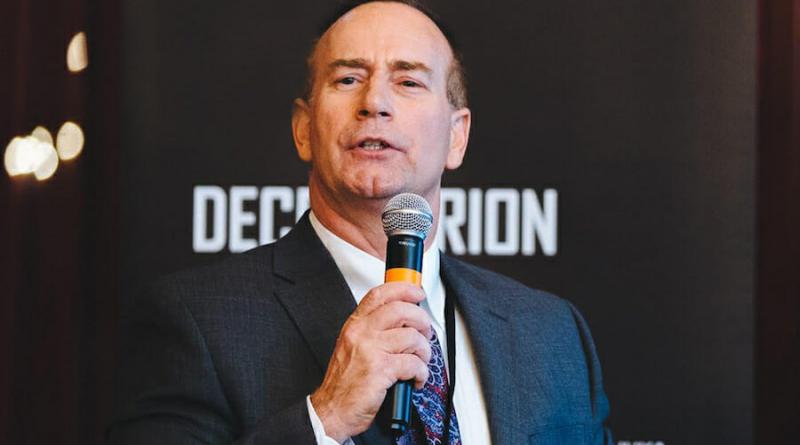 Lou Kraft is the CEO of SolSuntech Inc. – a solar panel manufacturing company that recently introduced 3D solar panels producing an ultra-high 33% efficiency. Currently, no other solar panel on the market is capable of achieving such levels of performance. Mr. Kraft’s next step is to make this innovative technology available to African and global markets.

With multiple factors, two of the more widespread being the continual declining cost of solar manufacturing and various legislations aimed at reducing carbon footprint,  the renewable energy market continues to thrive on a global scale. SolSuntech’s primary target markets are the fast growing cities and those overpopulated within Africa, Asia, the United States and Europe, and other developed and emerging markets where installation space is constrained.

I recently caught up with Mr. Kraft to briefly discuss his new technology and how it best benefits his company’s contribution to the emerging solar energy market.

Lou, your company has created an innovative technology that significantly modifies current installation and system sizing to achieve the most dollars of energy generated per square foot for anyone wanting solar energy. Can you tell us more about your technology?

Thank you for asking, absolutely! In general, manufacturers of solar cells produce flat plane panels.. Their disadvantage is that their energy efficiency is limited to approximately 17-19%. There is a higher grade of solar panel known as “ Tier 1”  which are classified as a high efficiency panels and sell at a premium price. These panels currently produce 21- 22%.  Our panel produces a consistent 33% ,which is  approximately 50% higher output than Tier 1 units and nominally 100% higher than common units of the non-Tier 1 class..

The 3D technology we work with has been attempted, but little to no success was achieved to actually make it work. Our R&D center engineers spent years of trial and error and were finally  able to invent and use a special cutting technology that allows a silicon wafer to be sliced in a specific manner without fracturing it. The result of this process is the integrity of  the corrugated cell is not damaged and is considered manufacturing material wise solid. With the puzzle solved the company has engineered and implemented these unique machines and these are the art of the cutting process that produces the 3 dimensional cell. We believe that our product is the only one that exists today that is solid enough to put to the manufacturing process in a production for volume type facility and continually deliver 33% efficiency and still provide a competitive warranty.

Can you elaborate on which market and which countries you are mainly targeting? What are your priorities right now?

Our global strategy is to produce a solar panel with a 33% efficiency. We are currently  looking to sell this product thru distributors. Our first year assumed one plant output will be 100 megawatts of solar power.  Beyond year one, our goal for the next five years is to reach 500 megawatts at a minimum. As plants are brought on line, economies of scale with correct building sizing will allow increased capacity. We are currently focused on the US Residential and Small Commercial markets with the large markets of Europe and Asia also viable. The next step will be to bring the product to developing regions such as South America, Africa and the Caribbean. The key driver of where our product fits best in where electricity rates are the highest and many of these locations also have the greatest demand at any given time ( Peak and/or Off Peak Hours) We are in discussions with  Latin American distributors as well as any geographic area  that can  benefit best from our panels..  We are selling premium panels that far exceed the current Tier 1 outputs so the market for our product has to be correct. The research and numbers tell us where we need to be selling. The entire world is becoming aware that solar is a key answer to the world’s energy needs and society is now leaning towards it with huge expectations. Thus in a scenario such as this there are no market limitations.

Can you tell us little bit more about your team and who supports your project?

Our parent company, Suntech is based in South Korea along with our R&D facility.

Years of investments of time and upwards of $7MM (USD) were spent on the cutting process to produce a stress and fracture free 3 dimensional solar cell.  The project  required a strong think-tank of strong backgrounds in various disciplines including PhD’s and professors, a former CEO of a solar company and a member of the Korea Energy Agency all collaborating and working side by side until the end result was achieved.  Immediately upon achieving the goal, a South Korean patent was applied for and granted while International patents are also in process.  All in all a total of 4 patents have been granted.

Suntech ( the parent company) maintains and sells thru relationships with Korean suppliers in its LED and related businesses.

The US state of Virginia has proposed a strong incentives package of nearly $5.5MM USD for SolSuntech to bring its manufacturing operations to their state.  The package is made of typical workforce training incentives, abated property taxes, abated sales and use tax on Machinery & Equipment, Leasehold Improvement etc.

What attracts you to developing countries?

The current times have seen an unprecedented level of human charity and support for equality across the globe.  Billionaires are bequeathing +/-90 of their fortunes back to the people. Profit is nice but there is a human element involved in what we do and the product we provide.  Power benefits everyone and renewable power also benefits the environment.  Solar allows countries with poor grid systems to have some version of reliable power.  Micro-Grids can be created and renewables are not dependent on external factors.

If we talk about Africa, this continent has a great potential. Africa is one of the sunniest continent in the world, 85 percent of African land receives more than 2,000 kilowatt-hours of solar energy per square meter per year. Almost 70% of the population of African countries is located in the Sahara and the surrounding areas do not have access to the grid. With the help of Solar and Micro-Grid technologies, an energy revolution can happen in Africa. Solar energy will help them reduce their dependence on traditional fuels, such as coal and oil, and increase the share of renewable energy sources in their energy mix.

Governments are putting up large dollars in investments and energy as a basic necessity is at the front of the line. The realignment of solar pricing in additions to huge monetary inflows offers a huge potential for solar and this is evidenced by the world’s strong embrace of it and it’s continued build-out.