We can’t stop rising sea levels, but we still have a chance to slow them down. 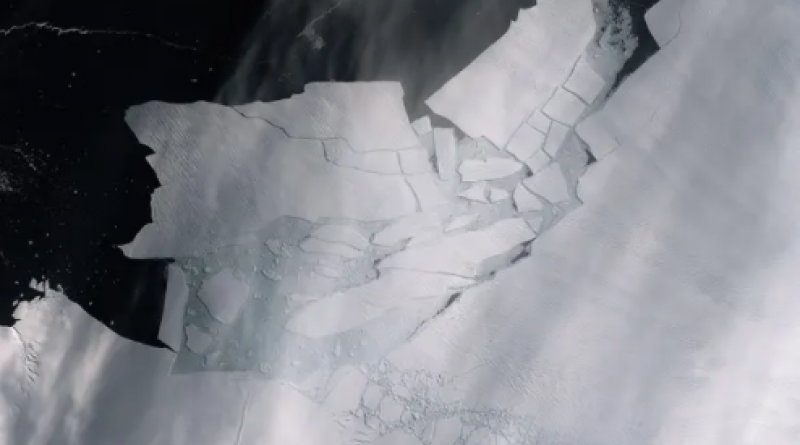 Despite pandemic-enforced isolation, scientists from around the world have produced a vital climate change forecast.

Sea levels are going to rise, no matter what. This is certain. But new
research I helped produce shows how much we could limit the damage: sea level rise from the melting of ice could be halved this century if we meet the Paris agreement target of keeping global warming to 1.5C.

The aim of our research was to provide a coherent picture of the future of the world’s land ice using hundreds of simulations. But now, as I look back on the two years it took us to put the study together, what stands out is the theme of connection running through it all – despite the world being more disconnected than ever.

Connecting digitally: our study brought together 84 people working at 62 institutes in 15 countries (nine in Europe, the US, Canada, Australia, New Zealand, Japan and China). I led the study but haven’t met many of my co-authors. Even if we had planned to meet, over half the 120 days I spent on the study have been since the first UK lockdown.

Connecting parts of the world: the world’s land ice is made up of global glaciers in 19 regions, and the Greenland and Antarctic ice sheets at each pole. Our methods allow us to use exactly the same predictions of global warming for each. This may sound obvious, but is actually unusual, perhaps unique at this scale. Each part of the world is simulated separately, by different groups of people, using different climate models to provide the warming levels. We realigned all these predictions to make them consistent.

Connecting the data: at its heart, this study is a join-the-dots picture. Our 38 groups of modellers created nearly 900 simulations of glaciers and ice sheets. Each one is a data point about its contribution to future sea level rise. Here, we connected the points with lines, using a statistical method called “emulation”. Imagine clusters of stars in the sky: drawing the constellations allow us to visualise the full picture more easily – not just a few points of light, but each detail of Orion’s torso, limbs, belt and bow.

Our process of joining the dots meant we could make a more complete prediction of the full range of possible futures – mapping out our uncertainties in the levels of the rising seas. For instance, if we reduce emissions from current pledges to meet the Paris agreement targets, which would reduce warming from more than 3C to 1.5C, the median predictions for sea level rise from melting ice reduce by half, from 25cm to 13cm, by 2100. For the upper end, there is a 95% chance the level would be less than 28cm if we limit warming to 1.5C, compared with 40cm under current pledges.

Connecting to each other: some of the initial conversations for the study were in person. Most memorable and important among them were visiting the ice sheet project lead, Sophie Nowicki, at Nasa to analyse their data in June 2019, and long walks discussing the statistical methods with my mentor and friend Jonty Rougier in Hastings. But even when we went digital, many of us kept a personal, sometimes emotional, connection under the pressures of work and family life amid the pandemic, and with a number of people involved in the research living in California close to the huge wildfires last summer.

Connecting to the planet: we are nearly all modellers on this study, translating the world into computer code and digital numbers. But I was lucky enough to do much of this work close to the ocean, watching waves lap the shores whose future we aimed to predict. And many of my co-authors work in the cold, often punishing environments of glaciers and ice sheets. We always had in mind the real-world implications – the irreversible loss of these unique landscapes, and the impacts on those who live at the coasts.

So, for those most at risk, we made a second set of predictions in a pessimistic storyline where Antarctica is particularly sensitive to climate change. We found the losses from the ice sheet could be five times larger than the main predictions, which would imply a 5% chance of the land ice contribution to sea level exceeding 56cm in 2100 – even if we limit warming to 1.5C. Such a storyline would mean far more severe increases in flooding.

Connecting the dots: predictions like these are not just abstract sets of numbers. Not just ones and zeroes or lines on a page. They link our actions with consequences. In the runup to Cop26 this November, we wait to see whether nations will revise their pledges – their “nationally determined contributions”. Limiting future greenhouse emissions with more ambitious pledges – and, crucially, detailed plans to fulfil them – would help to limit the damage done by flooding to people around the world, and the costs to try to protect them.

We must connect – with each other, and with reality – to deal with uncertainty about the future. Covid-19 has urgently highlighted the need for good communication, collaboration and coordination. We can find resilience to uncertainty in groups and networks. But at the same time, we must acknowledge inevitable certainty: sea levels are going to go up. How much, though, is still up to us.

Mangroves Threatened by Sea Level Rise Could Disappear by 2050.