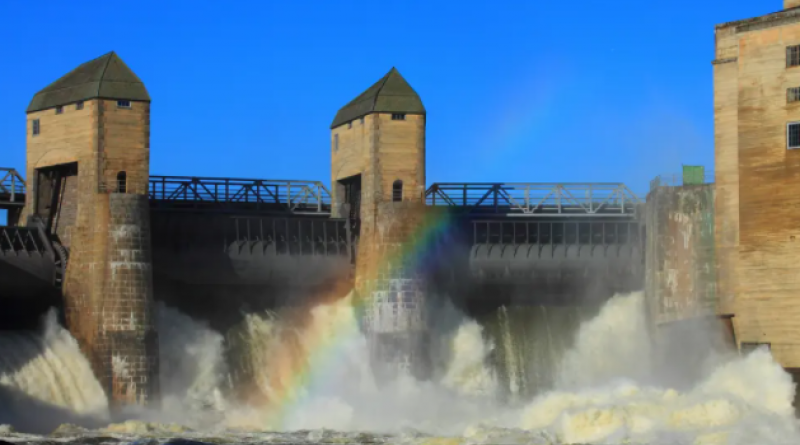 Just days after the world’s longest under-sea power cable began transferring hydroelectric energy from Norway to the UK, there are now concerns the Norwegians won’t have enough for themselves, as an energy crisis hits Northern Europe, due to lack of water.

As a result, energy prices are soaring. Nordic power prices were five times higher in September this year than they were a year ago, according to Bloomberg.

In Norway, the country is almost entirely run on the hydropower which fuelled it’s 19th century development. Hydropower accounts for around 99 per cent of total Norwegian power production, with the small remainder made up by thermal and, more recently, wind.

The country has over 1,000 hydropower storage reservoirs with a total capacity of more than 87 TWh, however, due to lower than average rainfall, the reservoirs are at their lowest level for more than a decade for this time of year.

The lack of rain comes after the reservoirs hit their highest levels in 30 years just last year, adding about 13TWh to the country’s total capacity.

“Normally the reservoirs fill up at this time of year, but in both August and September we have had heat records and very little rainfall,” said Anders Gaudestad, executive vice president of power management at Agder Energi, according to Bloomberg.

While the new cable between the UK and Norway has largely been billed as a route through which the UK can receive enough clean energy to power 1.4 million homes, the link will also help balance the grid, and be capable of providing wind-generated power to Norway.

But as the water in the reservoirs has dwindled, there are now growing concerns about the wider impact of power restrictions, particularly during the recovery from the Coronavirus pandemic.

“The idea of us being a green battery for Europe kind of falls flat on its face this winter,” said Andre Gustavsson, an analyst at Swedish utility Skelleftea Kraft AB.

The organisation has warned that in a worst-case scenario, surging energy prices will damage economic growth as companies start to curb their output.

In Sweden, which has long had issues with energy security, the country has been forced to fire up a 52-year-old oil-fired power plant to keep the lights on. In full operation, the power plant in Karlshamn burns 70 tonnes of oil per hour, according to financial news website E24.

The lack of hydro power in the Nordic countries comes as other countries nearby face mounting energy concerns of their own.

Prices for natural gas have risen five-fold amid a “perfect storm” of cost pressures, with higher prices likely to be sustained until at least spring 2022, energy analysts have suggested.

Gas stores across Europe are below average for the past five years, and there is little sign that Russia or the US will fill the shortfall in a harsh winter, according to think tank Oxford Economics.

Reserves stand at 72 per cent, well below the five-year average of 88 per cent. Production problems at North Sea gas producers had made the problem worse, “hampering restocking in time for the winter season”.

In the UK the energy regulator Ofgem has said bills would rise by at least £139 for about 15 million households as it shifts the industry’s energy price cap higher. Three energy suppliers collapsed last week, following several others in recent weeks, amid the record gas prices.