Uproar over proposal by African leaders to invest in fossil fuels 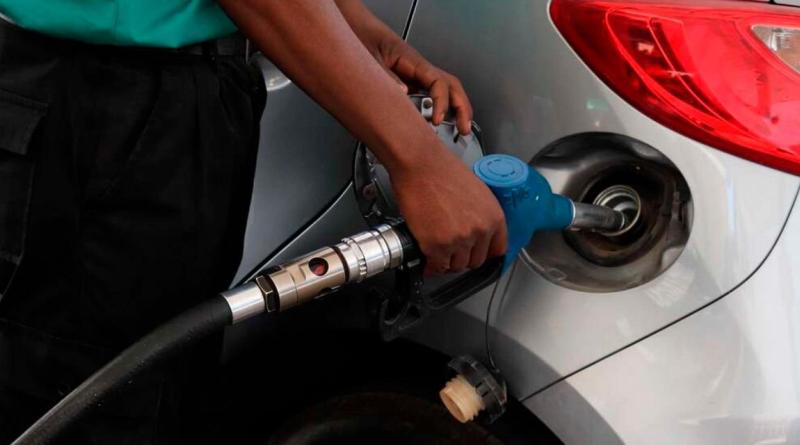 Climate lobbyists have faulted African leaders over their retrogressive proposal on investment in fossil fuels despite scientists warning that countries should move away from production and use of the fuels.

Fossil fuels are made from plants and animals that decompose to form natural gas, petroleum and coal. Scientists have persistently warned that production of such fuels contributes to greenhouse gas emissions such as carbon dioxide, which are responsible for the changing climate.

This call on investments was done during a meeting held in July by Africa’s technical committee on energy in their 41st Ordinary session, which adopted the African Common Position on Energy Access and Just Transition.

Amani Abou-Zeid, the African Union Commissioner for Infrastructure and Energy, said such investments push for favourable outcomes in energy and infrastructure.

“This is an important and major step forward in ensuring and confirming Africa's right for a differentiated path towards the goal of universal access to energy, ensuring energy security for our continent and strengthening its resilience, while at the same time acting responsibly towards our planet by improving the energy mix,” he said.

The leaders suggested that natural gas, green and low carbon hydrogen and nuclear energy will play a crucial role in expanding modern energy access in the short to medium term while enhancing the uptake of renewables in the long term for low carbon and climate-resilient trajectory.

The damning proposal comes at the backdrop of the backing of the European Union’s recent vote in favour of a new rule that will consider fossil gas and nuclear projects “green,” making them eligible for lost-cost loans and subsidies.

The climate activists now warn that this plan would distract from the clear need for renewable energy such as the use of solar, and embracing fossil fuels, while also shifting dangerous nuclear technologies shunned by Europeans on African soil.

Mohamed Adow, Director of Power Shift Africa, said in a joint statement from the lobbyists that African leaders should be maximising this potential and harnessing the abundant wind and sun, which will help boost energy access and tackle climate change.

“Africa is blessed with an abundance of wind, solar and other clean renewable energies.  What Africa does not need is to be shackled with expensive fossil fuel infrastructure, which will be obsolete in a few years as the climate crisis worsens,” said Mr Adow.

This new call is ahead of the 27th Conference of Parties (COP27), a global climate change meeting that will be held in November in Egypt.

Mr Adow added: “It would be a shameful betrayal of African people, already on the front line of the climate crisis, if African leaders use this November’s COP27 climate summit on African soil to lock Africa into a fossil fuel-based future. Africa does not need the dirty energy of the past, it needs forward looking leadership that can take advantage of the clean energy of the present and future.”

Dr Sixbert Mwanga, coordinator of Climate Action Network Africa, urges leaders to transfer those resources to renewable energy such as solar, wind, geothermal, which are safer for the planet.

“At COP27, we call for the African Union and African leaders to announce the utilisation of these sources for the benefit of our people and leave aside fossil fuel development for export.”

The Intergovernmental Panel on Climate Change (IPCC), which brings together science experts on climate change, warned in its latest report that human activities such as fossil fuel production and use adversely affect our climate.

“The globe already has seen temperature rise and we will exceed 1.5ºC by 2030 and suffer an increase in intensity and frequency in climate disasters. The prospect that African leaders are presenting and pushing for gas developments and investment is overwhelming and reckless given the climate impacts that threaten the lives of millions of people in Africa having seen worsening droughts and hunger, recurring floods and cyclones,” she said.

“We have seen in the past the acceleration of gas projects in Africa is another colonial and modern Scramble and Partition of Africa amongst energy corporations and rich countries. Fossil fuel projects have neither solved energy poverty in Africa where 600 million still live in energy poverty nor brought any socio-economic justice to Africans. We shall continue to strengthen calls for a people’s just transition away from fossil fuels,” she added.

One of the contested fossil fuel projects in Africa is the East African Crude Oil Pipeline Project (EACOP), which will be in Uganda and Tanzania. Coordinator #StopEACOP Omar Elmawi said it is time for Africa to invest in green energy that supports and meets African needs and not extract oil and gas for Europe's needs as we leave all the impacts and destruction to be faced by the African people.

Joab Okanda of the Pan Africa Senior Advocacy Advisor, Christian Aid feels that Africa is being shortchanged by its own leaders.

"The African Union is in danger of falling for the con of African gas at a time when other countries are investing in renewables, which will be what powers development and progress in coming decades. It would be the ultimate betrayal of African people if their leaders missed the opportunity to become a renewable energy super power by locking us into a doomed experiment with fossil fuels that is hurting Africa through climate breakdown."