TV to the rescue! The small screen’s battle to save the planet 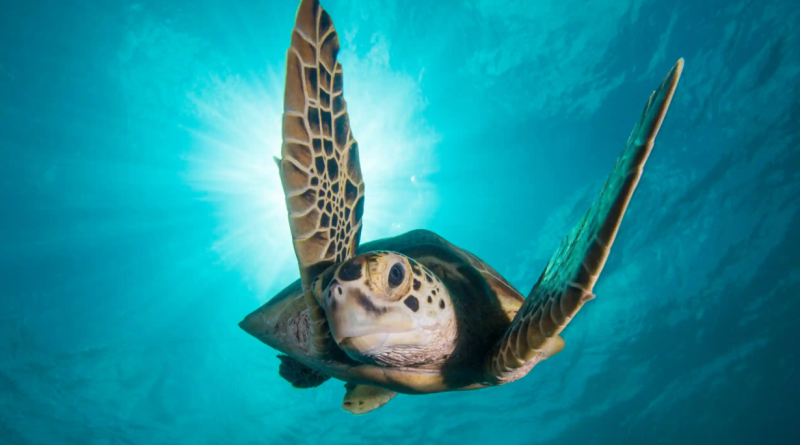 From Blue Planet II to House of Games, programme-makers are putting the climate crisis on screen – and rethinking how the whole industry operates. The aim? Net zero by 2030

In February, an episode of Richard Osman’s House of Games featured the following question: in the UK, how many plastic bottles does the average person use in a year? The show’s guests were stumped. “There are some people who might have three a day,” mused Josie Long. “But then I was thinking: children and nans, hardly any.” In the end, the answer was 150, a full 20 more than Long’s best guess. “Feels like that number will go down as the years go by,” intoned Osman.

It was a tiny moment, and the show quickly moved on. But it stuck with me. Every time I’ve hovered near the chiller cabinet at a shop since then, Osman’s voice has popped into my head. And, chided for my reliance on single-use plastic, I’ve walked away waterless.

This was exactly the intended consequence. Because, in a very small way, the House of Games question was designed to help save the world. In January 2021, BBC director general Tim Davie announced a plan to make the entire corporation drastically reduce the amount of carbon it produced, to the point where it would be net zero by 2030.

It sounded like an enormous task, because television has always been a wasteful industry. Making programmes often involves travel (frequently in planes or cars), enormous power usage (in the form of lights, generators and satellite trucks, among many other things) and heaps of waste. Last year, a Royal Television Society panel revealed that every single hour of television produced creates a 9.2-tonne carbon footprint, equivalent to the total annual consumption of two households. And that’s across all genres. If you’re making a drama, quadruple that figure.

Fortunately, work is under way to change this. If you’ve watched many British TV shows all the way to the end of the credits, you’ll often see a footstep-shaped logo reading “Albert sustainable production certification” in the corner of the screen. This is a sign the production has taken steps to implement sustainable techniques in order to reduce emissions.

Albert began life as a BBC initiative in 2011, its name being an EastEnders reference, but was quickly handed off to Bafta for the good of the wider industry. To qualify for Albert certification, productions need to use a carbon calculator to predict their footprint (all BBC, ITV, Channel 4, UKTV, Sky and British-made Netflix shows must log their footprints on the calculator), before making a plan to shrink it as much as possible.

Albert’s communications manager, Genevieve Margrett, was involved right at the start, and remembers how much resistance she received from production teams at the time. “Back in 2011 there was a lot of goodwill, a lot of interest in it,” she says. “But, equally, a lot of production managers just looked at me, horrified. They were a bit like: ‘What? Share our footprint when we’ve got so much on? We’re already running at full speed!’ It was not particularly well received.”

The ensuing years have seen a shift in behaviour. The Albert toolkit has become a normal part of the television production process, and those same production managers show more initiative in their approach to reducing emissions. “When we started off,” Margrett recalls, “it was just like: ‘Oh, we’ve reduced our footprint because we’re giving everyone a reusable water bottle.’ It was really basic stuff. But productions are really quite sophisticated now, with the way that they’re trying to tackle the carbon footprint.”

A study showed that following Blue Planet II’s call to action, 88% of viewers attempted to modify their behaviour

Last year, Springwatch powered its entire slate of outside broadcasts with a hydrogen generator, whose clean energy emits only water and heat as byproducts. DIY SOS is another show that’s also doing an impressive job of producing eco-friendly TV. “On one of their builds, they negotiated with the local water facility to put an extra pipe off the mains facility, so that the mains water could come directly into the location where they were filming,” says Sally Mills, head of sustainability at BBC Studios. As a result, they were able to massively reduce the amount of plastic they used for catering and drinking water, even if it did mean admin-heavy negotiations with utility companies. “This sort of thing takes time and effort, but the productions are pretty engaged and incentivised to try to innovate.”

To bring Richard Osman back into the equation, a lot of Albert’s initiatives go beyond the offscreen logistics of making TV. It’s about what happens on screen, too. Last month, Albert issued a tool for editorial teams to ensure carbon reduction remains front and centre of what people at home see. Slipping a question about single-use plastics into a whimsical daytime BBC Two gameshow is just one example of this. So is having The One Show make segments about Earth Day, or including scenes where EastEnders characters discuss energy providers. When Blue Peter launch a green badge to reward environmentally conscientious behaviour or Casualty introduces a fleet of electric ambulances, it all helps remind viewers of the impact they have on the world.

Even the sponsorship of Love Island is expected to drive more sustainable behaviour, having replaced its fast-fashion sponsor with eBay. “There’s research to show searches for particular dresses worn on screen went up massively after each episode,” Margrett says. “But now they’ve pivoted to eBay, that could have a really positive impact on people looking and thinking about pre-loved clothing.”

The biggest, most explicit example of onscreen change is the BBC’s Natural History Unit, which now routinely includes unvarnished depictions of humanity’s impact on the environment in its content. A 2018 study showed that following Blue Planet II’s devastating call to action about plastic choking the seas, 88% of viewers attempted to modify their behaviour. What makes this bittersweet, however, is that the BBC wildlife shows seem as though they’re particularly carbon-heavy to make. Producers and crews have to be flown around the world to film their subjects, and often have to buzz unspoiled locations in helicopters to get aerial shots.

“There is a lot of travel,” Danielle Mulder, the BBC’s director of sustainability, concedes. “But we’re applying thoughtful green travel wherever possible. Obviously, flying around is a challenge. But the teams use local contractors in other countries as much as possible.” Covid also helped the organisation embrace remote working, she adds, with the likes of Zoom cutting down the amount of travel required.

“In the last few years they have pioneered a few clever ways of using drones, which saves on carbon emissions,” says Mills. “We have a database where we share local crew knowledge so, wherever possible, we share people working on different productions in the same place at the same time.”

My big concern about this drive to net zero – and stick with me on this – had always been Succession. The power-and-wealth drama is a big, expensive series that effectively acts like a travelling circus, traversing the globe as lavishly as possible. It is also the best thing on TV. If broadcasters are aiming to cut down on depictions of people enjoying a high-emissions lifestyle, does that mean a writer who came to a British media company with the next Succession would be rejected?

Not so fast, says Margrett. “Yes, Succession does depict a very high-carbon lifestyle, but the characters in it are obviously not really people you aspire to be,” she says. “Also, a really interesting thing that came out of Succession is James Cromwell’s character [Ewan Roy], Logan’s brother. He’s a huge environmentalist. The show had a plotline where he takes all the inheritance that was going to go to Greg, and he gives it to Greenpeace instead. And in real life, this caused an upsurge in people trying to find out how they could also leave money to Greenpeace.”

There are seven-and-a-half years left until the target date of 2030, and the progress made so far has been remarkable. But net zero is a big order. Can it be done? “I’m confident we are making progress,” says Mulder. “But it’s not easy, and it’s going to get harder, to be honest with you. We’ve had some quick wins, and switching our fleet to electric vehicles will be another big-ticket win we can pursue. After that you’re getting into the specifics of particular buildings, the gas usage of that building, and its energy optimisation.”

The closer to 2030 we get, the more granular the job will become. But time is running out, and the industry is more committed than ever to making net zero happen. “This isn’t just a to-do list,” says Mills. “It’s part of our DNA. This is the heart of who we are.”