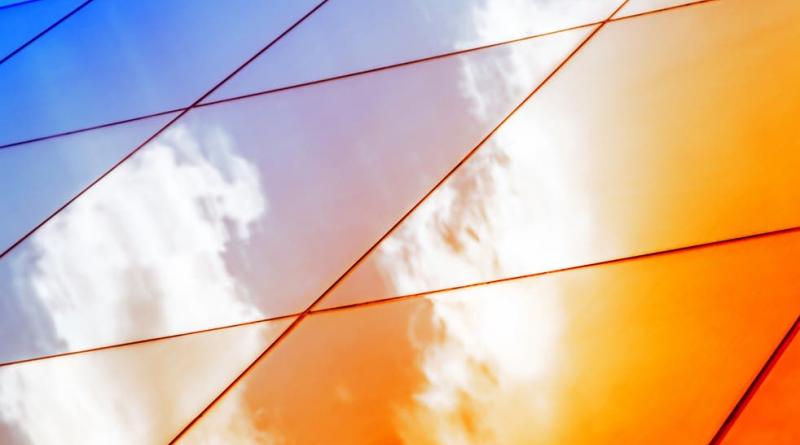 Researchers have developed an electricity-free method to cool buildings while simultaneously trapping the sun's heat for future use.

A team from the University at Buffalo were able to turbo charge a passive cooling technique – known as radiative sky cooling – by using a sun-blocking nanomaterial.

The system could eventually be scaled up to cover rooftops and ultimately reduce society's reliance on fossil fuels for cooling and heating, the researchers said.

"There is a great need for heating and cooling in our daily life, especially cooling in the warming world," said Qiaoqiang Gan, a professor of electrical engineering and lead author of the study.

"Importantly, our system does not simply waste the solar input energy... It can retain both the solar heating and radiative cooling effects in a single system with no need of electricity. It's really sort of a 'magic' system of ice and fire."

When tested in laboratory conditions, the eco-friendly technology lowered the inside temperature by more than 12C when exposed to direct sunlight. It simultaneously captured enough solar energy to heat water to around 60C.

The system is currently only 70 centimetres squared and consists of two mirrors made of thin layers of silver and silicon dioxide. It works by converting visible and near-infrared waves into heat, while mid-infrared waves are directed towards an emitter in the middle of the two mirrors to disperse the heat.

"One of the key innovations of our system is the ability to separate and retain the solar heating and radiative cooling at different components in a single system," said co-first author Lyu Zhou.

"During the night, radiative cooling is easy because we don't have solar input, so thermal emissions just go out and we realize radiative cooling easily. But daytime cooling is a challenge because the sun is shining. In this situation, you need to find strategies to separate solar heating from the cooling area."

The lab responsible for the method previously developed a cone-shaped system that facilitated electricity-free cooling in crowded cities, which they used in the most recent advance.

The research was published in the scientific journal Cell Reports Physical Science this week.

Anti-solar cells: A photovoltaic cell that works at night.