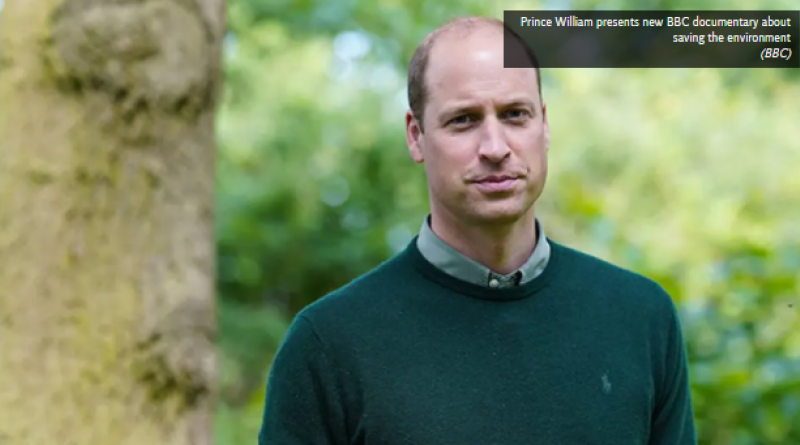 Prince William will present a new five-part BBC documentary which will explore solutions to repairing the environment.

In a short trailer for The Earthshot Prize: Repairing Our Planet, William said “this is a moment for hope, not fear”.

“It’s for this very reason that I launched the Earthshot Prize, the most ambitious environmental prize in history. A decade of action to repair our planet,” he said.

The documentary is named after the Duke of Cambridge’s ambitious Earthshot Prize, which has challenged people from across the globe to come up with solutions to the planet’s most pressing environmental concerns.

Each episode of the short series will explore one of the five missions of the prize: “protect and restore nature”, “clean our air”, “revive our oceans”, “build a waste-free world”, and “fix our climate”.

The series will also feature interviews with the Earthshot Prize finalists, who were announced earlier this month.

These include a teenager from India who has designed a solar-powered ironing cart, the creators of a system that allows people in Bangladesh to trade excess solar energy, and the developers behind a Chinese app that allows the country’s citizens to hold polluters to account.

William will be joined by Sir David Attenborough, who is a co-host of the series.

Jason Knauf, chief executive of The Royal Foundation, described the series as “the most innovative environmental programming that has ever been created”.

Knauf said it will “celebrate the incredible Earthshot Prize finalists, while inspiring and challenging all of us to play our part in this decisive decade for the planet”.

The BBC’s chief content officer, Charlotte Moore, said “there couldn’t be a more critical time” to air the series.

“Each of the recently announced finalists have devised creative and extraordinary solutions to combat environmental problems, and we are proud to support Prince William and The Royal Foundation in this uplifting and inspirational initiative,” she said.

In the introduction for the official book for the prize, Earthshot: How To Save Our Planet, the duke said the initiative was inspired by the Apollo moon landings.

“I wanted to recapture Kennedy’s Moonshot spirit of human ingenuity, purpose and optimism, and turn it with laser-sharp focus and urgency on to the most pressing challenge of our time – repairing our planet,” he writes.

One winner from each of the five categories will be announced at an awards ceremony at Alexandra Palace in London on 17 October.

The first episode of The Earthshot Prise: Repairing Our Planet will air on 3 October.