Marine permaculture could ‘reforest’ the oceans, draw 102 gigatons of co2 by 2050 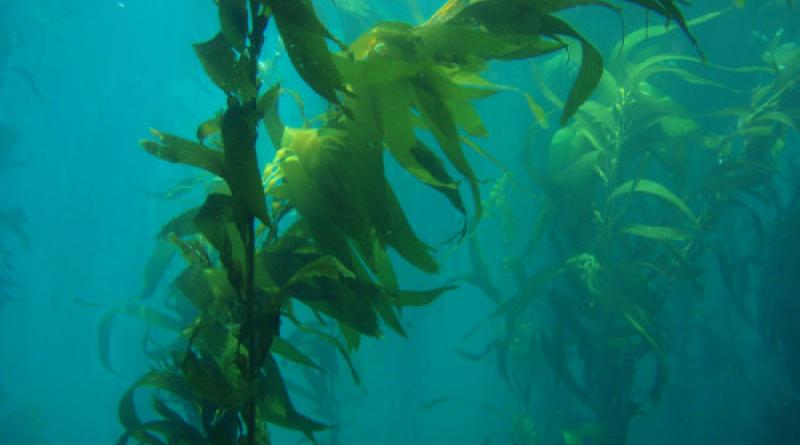 Marine permaculture technology that seeds the world’s oceans with kelp forests while pumping up colder, nutrient-rich waters from the ocean depths is one of the 20 carbon reduction options that Drawdown lists as Coming Attractions—strategies that weren’t ready for prime time when the book was published, but looked like promising approaches through mid-century.

The technology is a brainchild of Climate Foundation Executive Director Brian Von Herzen, Drawdown reports. His focus on “reforesting” the world’s oceans grew out of the idea that reversing global warming will depend on accelerating “primary production,” namely “the creation of organic compounds from aqueous or airborne carbon dioxide through photosynthesis.”

The star players in oceanic primary production are kelp forests and phytoplankton, which together “comprise half of the organic matter on Earth and produce at least half of the Earth’s oxygen,” Drawdown explains. But these life-enabling life forms are in deep trouble, starving as warming surface waters reduce the temperature gradients (thermoclines) that in turn drive the “upwellings of cold, nutrient-rich water from deep in the sea.”

Those troubles are compounded by rising levels of acidification as the ocean continues to absorb vast amounts of CO2.

Enter the 0.4-square-mile (1.0-square-kilometre) marine permaculture array (MPA), a “lightweight, latticed structure made of interconnecting tubing, submerged 82 feet below sea level, to which kelp can attach.”

Critical to the success of the MPAs, Drawdown states, will be buoy-supported, wave-powered pumps which pull nutrient-rich colder water to the surface and help the attached kelp to thrive and, together with phytoplankton, form the substrate for what is known as a “trophic pyramid” where life forms of increasing complexity congregate in a mutually-sustaining web of production and consumption.

The vast majority of this living, breathing “pyramid” will not be consumed, Drawdown adds. Von Herzen’s concept is that, when it dies off, it “drops into the deep sea, sequestering carbon for centuries in the form of dissolved carbon and carbonates.”

This falling away into the depths enables the other potentially powerful benefit of reforesting the world’s oceans:

Although the ocean is frequently “thought of as a single fluid entity,” writes Drawdown, “nothing could be further from the truth,” since “most of the carbon emitted by human activity is contained within the top 500 feet of the ocean known as the photic zone.” Over a 30-year period, a million MPAs would draw 102 billion tons of CO2 down into the middle and deep ocean.

Nor do the benefits of kelp forests begin and end with battling climate change, given that they are also fish nurseries, reef protectors, and a potential source of fertilizer and biofuels. While MPAs are expected to cost US$2.6 million per square mile to build, Drawdown projects economic returns in excess of $10 trillion.