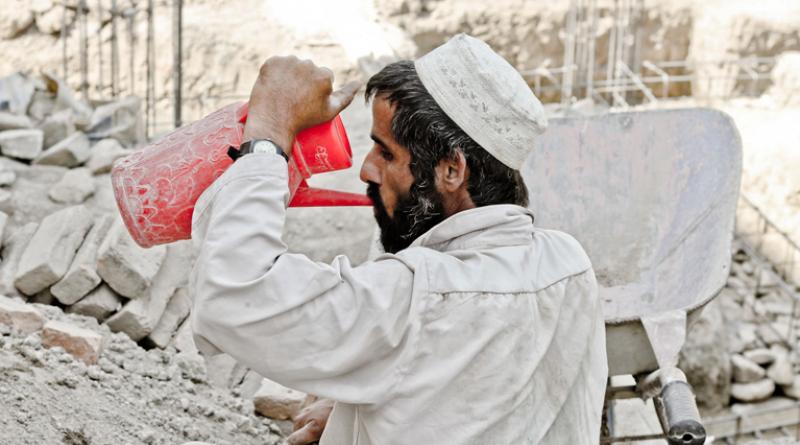 Global warming is expected to result in an increase in work-related heat stress, damaging productivity and causing job and economic losses. The poorest countries will be worst affected.

GENEVA (ILO News) – An increase in heat stress resulting from global warming is projected to lead to global productivity losses equivalent to 80 million full-time jobs in the year 2030, according to a new report from the International Labour Organization (ILO).

Projections based on a global temperature rise of 1.5°C by the end of this century suggest that in 2030, 2.2 per cent of total working hours worldwide will be lost because of higher temperatures, a loss equivalent to 80 million full-time jobs. This is equivalent to global economic losses of US$2,400 billion.

Moreover, the report cautions this is a conservative estimate because it assumes that the global mean temperature rise will not exceed 1.5°C. It also assumes that work in agriculture and construction – two of the sectors worst affected by heat stress – are carried out in the shade.

The new ILO report, Working on a warmer planet: The impact of heat stress on labour productivity and decent work , draws on climate, physiological and employment data and presents estimates of the current and projected productivity losses at national, regional and global levels

Heat stress refers to heat in excess of what the body can tolerate without suffering physiological impairment. It generally occurs at temperatures above 35°C, in high humidity. Excess heat during work is an occupational health risk; it restricts workers’ physical functions and capabilities, work capacity and thus, productivity. In extreme cases it can lead to heatstroke, which can be fatal.

The sector expected to be worst affected, globally, is agriculture. 940 million people around the world work in the agricultural sector. It is projected to account for 60 per cent of global working hours lost due to heat stress by the year 2030. The construction sector will also be severely impacted with an estimated 19 per cent of global working hours lost by the same date. Other sectors especially at risk are environmental goods and services, refuse collection, emergency, repair work, transport, tourism, sports and some forms of industrial work.

Moreover, it will be people in the poorest regions who will suffer the most significant economic losses. Lower-middle- and low-income countries are expected to suffer the worst, particularly as they have fewer resources to adapt effectively to increased heat. The economic losses of heat stress will therefore reinforce already existing economic disadvantage, in particular the higher rates of working poverty, informal and vulnerable employment, subsistence agriculture, and a lack of social protection.

"The impact of heat stress on labour productivity is a serious consequence of climate change... We can expect to see more inequality between low and high income countries and worsening working conditions for the most vulnerable."

Catherine Saget, Chief of Unit in the ILO’s Research department

Heat stress will affect millions of women who make up the majority of workers in subsistence agriculture, as well as men who dominate the construction industry. The social consequences of heat stress may include increasing migration, as workers leave rural areas to look for better prospects.

The challenges posed by climate change are a key focus of the ILO’s new Centenary Declaration for the Future of Work  and will shape its operations and research agenda. The report demonstrates that the consequences are far-reaching for the UN’s 2030 Agenda . It warns that, “The economic, social and health effects of heat stress would make it harder to tackle poverty and promote human development, and, consequently, also to attain most of the United Nations Sustainable Development Goals (SDGs).”

“The impact of heat stress on labour productivity is a serious consequence of climate change, which adds to other adverse impacts such as changing rain patterns, raising sea levels and loss of biodiversity,” said Catherine Saget, Chief of Unit in the ILO’s Research department and one of the main authors of the report. “In addition to the massive economic costs of heat stress, we can expect to see more inequality between low and high income countries and worsening working conditions for the most vulnerable, as well as displacement of people. To adapt to this new reality appropriate measures by governments, employers and workers, focusing on protecting the most vulnerable, are urgently needed.”

The report calls for greater efforts to design, finance and implement national policies to address heat stress risks and protect workers. These include adequate infrastructure and improved early warning systems for heat events, and improved implementation of international labour standards such as in the area of occupational safety and health to help design policies to tackle heat-related hazards.

Employers and workers are best placed to assess risks and take appropriate action at the workplace so that workers can cope with high temperatures and continue to do their jobs. Employers can provide drinking water, and training on recognizing and managing heat stress. Social dialogue can play a crucial role in reaching consensus on indoor and outdoor working methods, adapting working hours, dress codes and equipment, use of new technologies, shade and rest breaks.

With heatwaves like this, what sort of future do we have in store?