A group of former university students in Africa are creating an energy-efficient home inspired by traditional architecture. 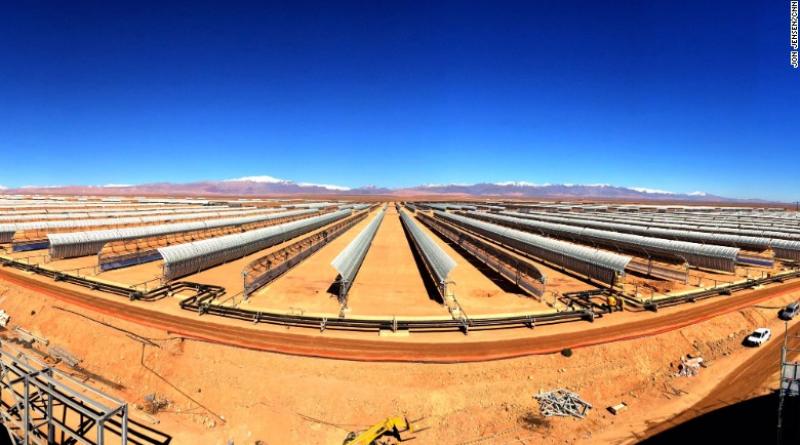 A portable, energy-efficient home that was originally built for a competition may be available on the market soon in Africa.

The design was created by team Jua Jamii, a group of 40 former university students from countries including Tanzania, Nigeria and Swaziland.

It uses recycled shipping containers and is 100% powered by solar energy, says Donald Abonyi, one of the team members.

According to Abonyi, it was initially constructed as an entry for the Solar Decathlon Africa, a competition launched by the US Department of Energy to encourage African students to promote sustainability and meet energy housing needs.

Now the team wants to take things further by making the house available to the public.

"We all came together to apply to be shortlisted for the competition in late 2017. We wanted to solve some of Africa's housing problems," Abonyi, 27, told CNN.

"But now we are working on becoming a startup that will use green and self-sufficient building solutions to fight housing problems on the continent," he added.

When Jua Jamii started building the house, the plan was simple -- to create affordable and energy-efficient housing for middle-income families in Africa.

The team expanded from six members to 40 in 2018 to make room for the implementation of all ideas.

"Every member had a role to play in ensuring that the house was successfully completed. We had project managers, system designers, and architects," Abonyi said.

By gathering shipping materials from a port in Morocco, they were able to lay the foundation for the building.

Jua Jamii also focused on equipping the house with a 24-hour power supply.

In many regions on the continent, electricity is expensive and difficult to access. Residents in countries like Nigeria and Kenya rely on expensive diesel generators -- which also emit a lot of pollution -- as an alternative.

To curb this problem, the team incorporated building-integrated solar panels to the house for uninterrupted power.

"It is a house that is net-zero. So it produces its own energy and does not consume more than the energy it produces," Francis Fotsing Sadeu, one of the team members, told CNN.

According to Sadeu, 26, Northern African architecture was incorporated into building the house.

"You cannot guess it is made from containers because it looks like a normal house. For the exterior, we adapted Northern African architecture.

"For example, it has a patio, an open space inside the house that allows natural ventilation and improves daylight," he said.

The last stage of the Solar Decathlon took place in September in Morocco.

Jua Jamii did not win the competition, but the team members -- who have now graduated from their various master's degree programs -- say they will take their product to the market in 2020.

Abonyi, who serves as the health and safety officer on the team, said the group is now focused on creating a business plan that will consider the marketability, energy production and cost of putting the house on the market.

"We want to be able to build this house for people and companies interested in our product. We also want to advise construction companies on how to build similar efficient houses," he told CNN.

While the prototype is approximately 114 square meters, it can be made in any size requested by consumers.

Abonyi says the house is a good fit for many people because it doesn't take long to build.

"It took us two weeks to build. We can easily get one for people who are interested in our innovation," he said.