The Greek island where renewable energy and hybrid cars rule. 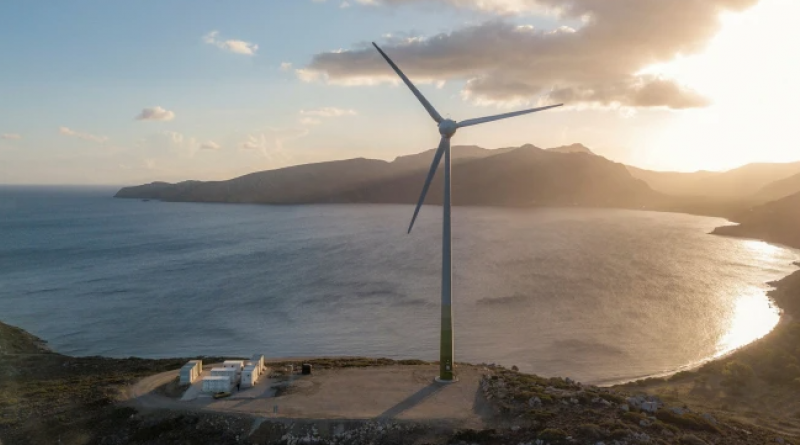 Female Mayors at the forefront of green development in the Mediterranean

Tasos Dimalexis and his colleagues from the Hellenic Ornithological Society had spent days scouring the rocky promontory on the remote Greek island of Tilos.

They were seeking a suitable site for a 55 metre high wind turbine — one that would be least likely to disturb several pairs of rare Bonelli’s eagles that nest there every spring.

“We did a lot of scrambling on the cliffs to find a place for the platform,” he says. “But it worked out . . . The birds are still coming back!”

The brown-and-white eagles became regular visitors after Tilos banned hunting in the late 1980s, the first Aegean island to do so. Inspired, the residents took a collective decision to transform the island into a “green” conservation zone for plants and wildlife.

Tilos is now the first island in southern Europe to build a hybrid power station with battery storage, which could become an example for other isolated communities looking to go green. Islands have long been centres of experimentation for new energy technologies, because they usually lack fossil fuel resources. The Orkney Islands off Scotland are powered by wind and tidal energy, while the nation of Fiji is building the largest solar farm in the Pacific Islands.

Dimalexis, a nature conservation consultant, was asked to find the turbine site as part of a €15m clean energy project for Tilos developed by engineers at the University of West Attica (UNIWA) with funding from the EU.

The turbine, which was installed in 2017, now produces about three quarters of the island’s energy in summer and a surplus in the winter months. The UNIWA team has also built a free charging station for hybrid vehicles.

Tilos appears on the map of the Aegean Islands as one of three small blobs between the popular tourist destinations of Kos and Rhodes. Its 500-odd permanent inhabitants make a living from fishing and raising goats. The population swells to around 800 in summer with the arrival of seasonal workers, tourists and expatriate Tiliot families from Rhodes and Athens.

An undersea cable connects Tilos and its neighbouring islands with a diesel-fired power plant on Kos, but outages are frequent in stormy weather. Whenever the cable was seriously damaged, the state power company PPC would send a technician to manually start up the island’s elderly diesel power plant.

In 1982, Greece opened Europe’s first commercial wind farm on the island of Kythnos

EU signs memorandum for the future of the EU Islands Initiative.