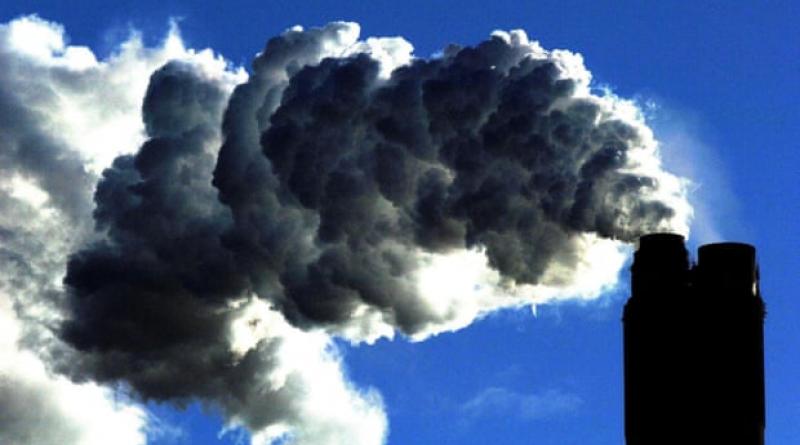 Kevin Anderson, one of the world’s leading climate scientists, had a familiar reaction to the latest report from the government’s climate advisers, which was published this week.

The 196-page document by the Committee on Climate Change (CCC) delivered a stinging rebuke of the government’s record and said ministers must urgently up their game if the UK is to avoid a significant rebound in carbon emissionsafter the coronavirus crisis and meet its 2050 net zero carbon target.

Anderson is a professor of energy and climate change, working across the universities of Manchester, Uppsala in Sweden and Bergen in Norway. He said: “The constructive, meticulous criticism of the government, which is failing abysmally by any measure, is fine. The problem is the framing the CCC has for net zero is already far removed from what is needed to meet our Paris commitments.”

Anderson’s latest research argues the UK’s planned reductions in emissions, even if it hits net zero by 2050, would be two or three times greater than its fair share of emissions under the landmark 2015 Paris agreement, where countries agreed to hold global increases in temperature to “well below 2C  and to pursue 1.5C”.

“Academics have done an excellent job in understanding and communicating climate science, but the same cannot be said in relation to reducing emissions,” said Anderson. “Here we have collectively denied the necessary scale of mitigation, running scared of calling for fundamental changes to both our energy system and the lifestyles of high-energy users. Our paper brings this failure into sharp focus.”

Shortly after the study was published, Anderson posted a warning on Twitterabout what he described as a cosy consensus between senior academics, journalists and government scientists, who were unwilling to publicly acknowledge the urgent system-level transformation required to tackle the climate crisis.

He said: “Many senior academics, senior policymakers, basically the great and good of the climate world have decided that it is unhelpful to rock the status quo boat and therefore choose to work within that political paradigm – they’ll push it as hard as they think it can go, but they repeatedly step back from questioning the paradigm itself.”

Anderson, who travels between his three universities by “long, slow train” and last took an airline flight in 2004, says that such “mitigation denial” stems from the “fundamental failure” of the academic community to be honest about the implications of its research. This had potentially devastating consequences for the future, he said.

“Our job as academics is to be disinterested in whether policymakers like or dislike our conclusions. We should only be concerned [with] whether they agree or disagree with our findings – and why,” he said.

“On mitigation, the academic community and the CCC have collectively failed the political realm and civil society by tailoring our conclusions to fit with what we judge to be politically palatable – all at the expense of scientific integrity.”

Chris Stark, chief executive of the CCC, defended the logic behind its 2050 target, which he said was based on “detailed considerations of the climate science, based on the IPCC’s work, the international context, including the Paris agreement and ‘equity’ considerations, and the feasible speed and cost at which UK emissions can be reduced”.

Stark added: “Our recommendations reflect a consideration of all of these issues and are designed to best support the required increase in global effort. It continues to be the CCC’s view that this is the right target for the UK, but we welcome new evidence and we will review new studies as we develop our advice on the sixth carbon budget for the end of this year.”

However, Anderson said too many models for tackling climate change relied on “unproven technologies far in the future”, such as carbon capture and storage. “Perhaps we’ll be lucky and they will work at huge planetary scale – but it’s one hell of a gamble.”

He said the models also ignored the fact that it was the lifestyles of a relatively wealthy few that gave rise to the lion’s share of emissions.

“Globally the wealthiest 10% are responsible for half of all emissions, the wealthiest 20% for 70% of emissions. If regulations forced the top 10% to cut their emissions to the level of the average EU citizen, and the other 90% made no change in their lifestyles, that would still cut total emissions by a third.

“If we were serious about this crisis we could do this in a year – if we were really serious we could do it in a month, but we are not and our emissions just keep rising.”

In his latest report, published in the journal Climate Policy last month, Anderson and his colleagues argued that after “30 years of failure” to control growing emissions, a fundamental reframing was required.

But he insisted that this did not mean a complete upheaval in how most people lived their lives, even in the UK.

“Yes, some changes will be needed, but for the majority of people the solutions to this crisis will also improve their lives: long-term job prospects for them and their children, better house quality, better access and more affordable public transport.”

However, for wealthy high emitters it would mean fundamental change.

“The very wealthy amongst us, senior academics and professors included, will have to make profound changes to our high-emitting lifestyles. We recycle and often live in relatively efficient homes, but they’re typically big homes and sometimes we have two or more of them.

“Many of us are frequent flyers, we drive long distances in big cars, buy a lot equipment, have fridge-freezers the size of a small terrace house – every facet of our lives, although normalised by us, is central to our nation’s high emissions. But the models are unwilling to accept this – preferring to pass the buck on to our children in the form of future technical silver bullets.”

Anderson said that the UK’s use of energy should be zero-carbon by 2035 rather than net zero by 2050 – a move that would “require a fundamental re-evaluation of economic assumptions around growth value and progress”.

He said the scale and timeframe of transformation required would be bigger than that of Roosevelt’s New Deal or the Marshall plan to reconstruct Europe after the second world war.

“Many say that such rapid and deep change is unrealistic – but it’s much more realistic than believing a fair and progressive society can survive with 3, 4 or even 5C of warming,” he said.

• This article was amended on 26 June 2020 to clarify a sentence referring to research arguing that planned reductions in emissions would still be two or three times “greater than [the UK’s] fair share” under the Paris agreement. That is now spelled out as an overshoot on emissions (as distinct from an excess of reductions). An incorrect Fahrenheit conversion was also eliminated.