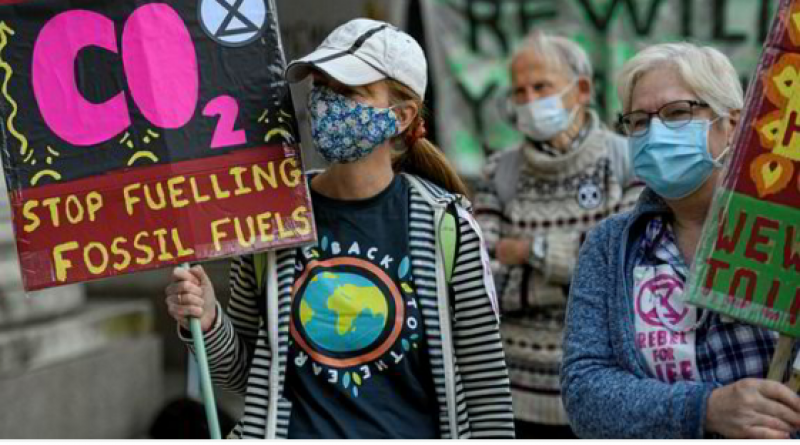 The global fossil fuel sector enjoyed annual subsidy support worth $3.1 trillion, a “staggering” 20 times the level the world's governments offered renewables, according to one of the first major efforts to put an accurate figure on the gap between the two.

The massive total, covering direct and indirect subsidies in 2017, was arrived at after 18 months of number-crunching by the International Renewable Energy Agency (Irena) in an attempt to accurately quantify enduring subsidies for polluting energy sources that have long been condemned as a scandal by climate campaigners.

“What’s quite staggering here is that direct and indirect subsidies to fossil fuels are almost 20 times higher than to renewable energy,” said Michael Taylor, head of renewable cost status and outlook at Irena.

Total direct subsidies to renewables, typically via support mechanisms such as feed-in tariffs, in 2017 stood at $166bn, mostly for power generation, according to the Irena study. Direct subsidies for the fossil fuel sector were far higher at $447bn.

But Taylor claimed direct subsidies are “dwarfed” by indirect benefits enjoyed by the fossil fuel industries in the form of “unpriced externalities” – costs of fossil fuel combustion that are not borne by the producers. The largest of these by far was the cost of air pollution at $2.3trillion.

Irena said decisive policy support for the energy transition and a comprehensive “rebalance” of subsidies away from fossil fuels could by 2050 lead to a dramatic fall in the subsidy bill for the entire energy sector to $475bn. Renewables would take $209bn of that, with a residual $139bn for fossil fuels mostly accounted for by support for carbon capture and storage.

“Contrary to popular wisdom, the energy transition can be achieved without ever ballooning subsidies,” Taylor said.

New forms of subsidies may spring up to support the emergence of the hydrogen economy as the energy transition unfolds, Taylor said in response to a question from Recharge, adding that a number of markets seem to readying a “concerted effort” to get behind H2 and push costs down quickly.

“I think it’s very useful that a lot of countries are looking at hydrogen at the same time,” said the Irena official, citing a lack of co-ordination in early support for solar PV and onshore wind as a drag on those sectors becoming competitive as fast as they could have done.

Irena decided to mount the huge data-crunching effort in an effort to reach a definitive global view of fossil fuel and renewable subsidies, which Taylor said had previously been subject to a wide range of methodologies and definitions, and a mostly regional or single-country approach.

For example, Taylor said support to fossil fuels in Germany in the period 2014-16 could be $10bn or almost $100bn, depending on whose figures you take. “With subsidies the devil’s in the detail,” he added.